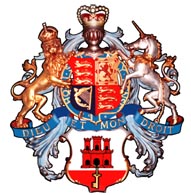 The Financial Stability Forum (FSF) have published a list of jurisdictions with significant offshore financial activities and catergorised these into three groups.

The Gibraltar Government is surprised at the classification of Gibraltar within Group 2 which is defined as "jurisdictions….. generally perceived as having legal infrastructures and supervisory practices; and or a level of resources devoted to supervision and co-operation relative to the size of their financial activities and/or a level of co-operation that are largely of a higher quality then Group III but lower than Group I" and is of the view that Gibraltar should have been placed in Group 1.

By its own admission the FSF process is subjective and impressionistic. It is based on answers to questionnaires and subjective opinions of other jurisdictions. No reasons have been given to jurisdictions or discussions entertained with jurisdictions before the gradings were announced.

The Government believes this process is fundamentally flawed and fails to meet the principle of natural justice.

The Government would welcome a formal assessment of Gibraltar and is confident that the Gibraltar finance centre will be recognised as having the highest international standards. Any assessment of jurisdictions stemming from the FSF or any other review must be conducted in a fair, transparent manner and in accordance with the principles of natural justice.

In fact, Gibraltar is within the EU and therefore required to meet and does meet all EU standards;

Had the FSF conducted its own objective assessment, rather than relied on "perceptions" it would have recognised Gibraltar as part of the leading group of well regulated finance centres.

The Gibraltar Government intends to raise this matter with the FSF and request reasons for Gibraltar’s grading. The Government will continue in its policy of co-operation with international initiatives and seeks to ensure that these are conducted in a fair and transparent manner and apply common standards to all jurisdictions which conduct significant non-resident financial business.