Netherlands: The Gender Pay Gap In The Netherlands

In November 2018, Statistics Netherlands published figures showing that, while the gender pay gap in the Netherlands is slowly decreasing, it still exists.

However, it is notable that the pay gap between men and women taking into account characteristics such as the level of education, professional status, working time and work experience remained the same between 2014 and 2016.

This could be subject to change, as amongst young people, the proportion of highly educated women is increasing at a slightly faster rate than their male counterparts. For example, young women working in government were found to earn more than their male colleagues. 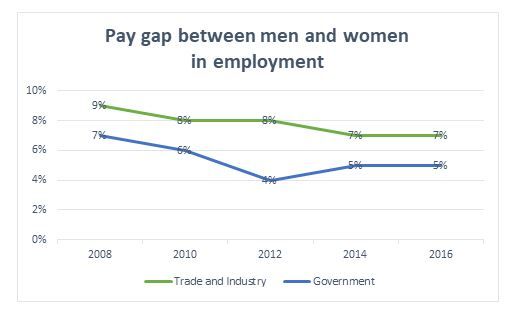 At the beginning of March 2019, a bill on equal pay was submitted to the Lower House in the Netherlands. The bill aims to introduce a number of obligations for employers with 50 or more employees, to reduce the difference in wages for women and men who perform the same or very similar work.

The following obligations are proposed:

If these rules are not complied with, a maximum penalty of EUR 83,000 per violation can be imposed, and a public register will be established which records whether companies have or have not been issued a certificate. The potential for reputational damage is therefore high.

Although the bill must still be debated and then adopted by both the Lower House and the Upper House, it is expected that it will be introduced in some form in the near future.

ARTICLE TAGS
Netherlands Employment and HR Employee Benefits & Compensation Employee Rights/ Labour Relations
POPULAR ARTICLES ON: Employment and HR from Netherlands
Workplace Banter And Harassment
Trowers & Hamlins
If banter goes too far it can amount to unlawful discrimination or harassment under the Equality Act 2010.
Can Companies Stop Sick Pay For Unvaccinated Staff?
BLM
As some companies set out their plans to cut sick pay for unvaccinated staff, Julian Cox, Head of Employment Law at BLM sets out the legal position:
Are You Ready For Pensions Challenges In 2022?
Gowling WLG
The coming year promises to bring a host of new opportunities and challenges in the world of pensions. With so many consultations, legislative changes and updated pieces of guidance...
How To Avoid Injury To Feelings Awards
Giambrone & Partners
Companies and their HR departments would be wise to introduce an on-going training programme aimed at ensuring that their managers and wider staff do not compromise the...
Employment Case Law Review Of 2021
Wrigleys Solicitors
Welcome to our Employment Case Law Review of 2021. Last year saw a flurry of important and long-awaited employment law decisions in the Supreme Court.
Dismissal For Raising Vexatious Grievances Was Fair
Trowers & Hamlins
The Employment Appeal Tribunal (EAT) has held in Hope v British Medical Association that an employee's dismissal for bringing numerous grievances which he refused to progress or withdraw was fair.
FREE News Alerts
Sign Up for our free News Alerts - All the latest articles on your chosen topics condensed into a free bi-weekly email.
Register For News Alerts
Article Tags
Netherlands Employment and HR Employee Benefits & Compensation Employee Rights/ Labour Relations
Related Articles
Q&A NOW-5 Loyens & Loeff
Webinar: Flexible Workforce Will Be Prohibited By Law In The Netherlands - Immediate Action Required! ACG International
Additional Exemption Requirements For Provisions Related To The Dutch Working Conditions Act Loyens & Loeff
Termination Of Administration Agreement By Pension Fund Does Not Require The Prior Consent Of The Works Council Loyens & Loeff
Webinar: Employment In The Netherlands – Significant Challenges That Lie Ahead In 2022 ACG International
Mondaq Webinars
Diverse Liquidity Options for Complex Cayman Islands Fund Structures
Travers Thorp Alberga
Webinar Grand Cayman Cayman Islands
Global Contract Management and Process Improvements
Nexdigm Incorporated
Webinar Chicago United States
More Webinars
Comparative Guides
FinTech
International Arbitration
Labour and Employment
More Guides
Mondaq Advice Centres
Global
Trademarks in SAARC Countries
More MACs