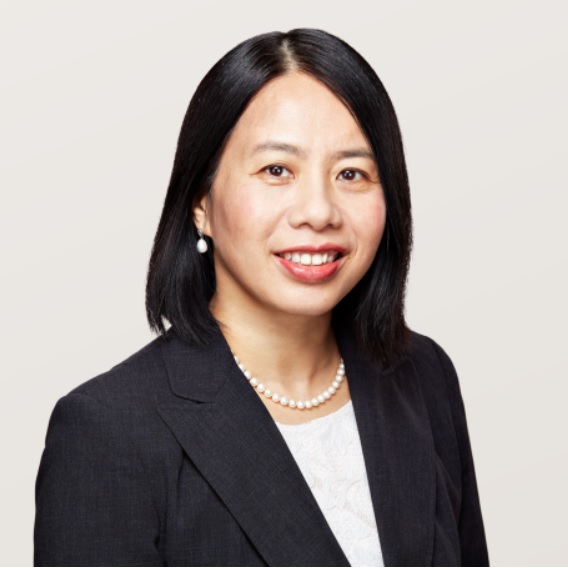 In addition, the new Chinese Patent Law provides potential patent term adjustment for the patentees of invention patents.  Specifically, Article 42, Section 2, of the new Chinese Patent Law states:  If an invention patent is issued after four years from the filing date of the invention patent application and three years after the date when the substantive examination request is filed, the Chinese National IP Administration (“CNIPA”) shall, at the request of the patentee, compensate the patent term for unreasonable delay in the patent issuance process, except the unreasonable delay caused by the applicant.

The new Chinese Patent Law adds Article 76, which provides early resolution mechanism for drug patent disputes, i.e., patent linkage system.  Specifically, Article 76 states that, during the process of drug market review and approval, if the applicant for a drug approval has a dispute with the patentee or interested party of the patent right related to the drug, the drug-approval applicant and the patentee or an interested party of the patent right can file a complaint with a people's court for a decision on whether the drug-related technical solutions for which the drug is to be approved falls into the scope of protection of the patent rights. Within certain time period, the drug regulatory department under the State Council (i.e., China FDA) may, in accordance with the effective decision of the people's court, decide on whether to suspend the approval of the relevant drug to enter into the market.

Article 76, Section 2, of the new Chinese Patent Law further provides an option of an administrative route with the CNIPA for the drug-approval applicant and the patentee or an interested party of the patent right to resolve the drug patent dispute.

The new Chinese Patent Law also increases the amount of the statutory damages for a patent infringement case to be between RMB30,000 and RMB5,000,000 (i.e., approximately US$4,400-US$735,300) (see Article 71), in comparison to that of between RMB10,000 and RMB3,000,000 (i.e., approximately US$1,470-US$441,200) under the current law (see Article 65).  In China, the damages that are awarded in most patent infringement cases are statutory damages, due to the challenges of proving actual losses of the patentees or gains of the infringers.  Thus, increasing the amount of the statutory damages at least provides a patentee with an incentive to enforce the patent right and further deters patent infringement in China.

Due to lack of discovery in China, a patentee generally faces great challenges in satisfying the burden of proof in providing evidence on damages.  To remedy this deficiency, the new Chinese Patent Law mandates that, to determine the amount of damages, the people's court may order the infringer to submit the accounting books and materials that are related to the infringement if the patentee has made every effort to prove it and the accounting books and materials are mainly in the hands of the infringer.  (Article 71.)

Encouraging Commercialization of the Patents in China

Finally, to encourage commercialization of the patents in China, the new Chinese Patent Law adds Articles 50-52 to provide an opportunity for a patentee to openly license the patent to the public.

If any entity or individual wishes to implement an open license for a patent, such entity or individual shall notify the patentee in writing and obtain a patent license after paying the royalties in accordance with the published methods and standards of payment of royalties. (See Art. 51.)  During the implementation period of an open license, the annuity fee of the corresponding patent shall be reduced or waived. (See id.)   After negotiation of the royalties with the licensee, the patentee (i.e., licensor) under such open license can grant the licensee an ordinary license, but not an exclusive license, for the patent. (See id.)

The new Chinese Patent Law also provides dispute resolutions to the open license in Article 51, in which parties resolve disputes over the implementation of an open license through consultation; if parties are not willing to consult with each other or fail to do so, they may request mediation with the CNIPA or file a complaint with a people's court.

Based on the amendments of the current Chinese Patent Law set forth above, we clearly see the determination of the Chinese government to promote innovation and encourage commercialization of patents in China.  It will take a while to see how the new law affects the market competition in China. It will also be interesting to see how the patent linkage system for drug patents that is established under the new Chinese Patent Law will be implemented.

ARTICLE TAGS
China Food, Drugs, Healthcare, Life Sciences Food and Drugs Law Intellectual Property Patent
POPULAR ARTICLES ON: Intellectual Property from China
Patent Law in India
Anand & Anand
The Patents Act 1970, along with the Patents Rules 1972, came into force on 20th April 1972, replacing the Indian Patents and Designs Act 1911. The Patents Act was largely based on the recommendations of the Ayyangar Committee Report headed by Justice N. Rajagopala Ayyangar. One of the recommendations was the allowance of only process patents with regard to inventions relating to drugs, medicines, food and chemicals.
Compulsory Licensing In India
Khurana and Khurana
WIPO defines patent as an exclusive right granted for an invention, which is a product or a process that provides, in general, a new way of doing something, or offers a new technical solution to a problem
Assignment And Licensing Of Copyright
Singh & Associates
Copyright is a protection given to the creators of certain types of works as an acknowledgment to their intellectual input
Patents Law In India - Everything You Must Know
Vaish Associates Advocates
The presentPatents Act, 1970 came into force in the year 1972, amending and consolidating the existing law relating to Patents in India
Passing Off For Registered And Unregistered Trademarks
Khurana and Khurana
The Trademarks Act, 1999 (herinafter referred to as ‘the Act") gives rights and protection in the form of remedies to not only registered but also unregistered trademarks.
All You Need To Know About "Well-Known Trademarks"
Khurana and Khurana
With coming up of the new Trade Mark Rules 2017, a new procedure has been created that allows the Registrar to proclaim a particular trademark as "well known".
FREE News Alerts
Sign Up for our free News Alerts - All the latest articles on your chosen topics condensed into a free bi-weekly email.
Register For News Alerts
Article Tags
China Food, Drugs, Healthcare, Life Sciences Food and Drugs Law Intellectual Property Patent
Similar Articles
Powered by mondaq AI
MATCH
82%
New Amendments To The Chinese Patent Law Revealed Rouse
70%
Highlights Of The Fourth Amendment To China's Patent Law - Patent Term Compensation System AFD China
81%
China Promulgates Fourth Amendment To Patent Law Jones Day
71%
Double Edged Sword Of Patent Protection -- Patent Evaluation Report Kangxin
84%
Review Of The 4th Amendment Of China's Patent Law IP March
Related Articles
罗永浩直播事业风生水起，那些"罗永蚝"和"螺永浩"们也想来蹭一波热度… Kangxin
China's 2021 New Patent Law: What Companies Need To Know HFG Law & Intellectual Property
Provisions Of The Supreme People's Court On Evidence In Intellectual Property-Related Civil Litigations Take Effect On November 18, 2020 CCPIT Patent & Trademark Law Office
Quick Tips: Is Someone Really Trying To Register My Trademark In China? Kangxin
适用涉密证据"不公开质证"规则的"中庸之道" AnJie Law Firm
Mondaq Webinars
Arbitration is Common and Civil
OBLIN Attorneys at Law LLP
Webinar Wien Austria
Construction Disputes: What Will 2021 Bring?
SCHOUPS Advocaten Avocats Lawyers
Webinar Brussels Belgium
More Webinars
Comparative Guides
Cartels
Merger Control
Patents
Mondaq Advice Centres
Global
Trademarks in SAARC Countries
Global
Investment Immigration
More MACs
Curated Content
A Framework For Examination Of Personal Devices Under The Turkish Competition Authority's New Guidelines – How It Converges With And Differs From The EU Practice
ELIG Gürkaynak Attorneys-at-Law
Digital Securities Business Is About To Bloom
Anderson Mori & Tomotsune
A Different Perspective To Employer`s Liability For Anti-Competitive Behaviors: Arçelik's Application For Leniency
ELIG Gürkaynak Attorneys-at-Law
Losing The Battle, Winning The War? – Ramifications Of The Newly Introduced Settlement Mechanism Under Turkish Competition Law
ELIG Gürkaynak Attorneys-at-Law
Upcoming Events
Mondaq Social Media