Brazil: IP And Tax Incentives For Innovation: Tools To Maximize Investments In R&D

1. The framework of innovation in Brazil

The purpose of this article is to show that tax incentive policies fostering innovation and the Intellectual Property (IP) system complement each other and together could be used more efficiently in order to boost R&D in Brazil.

Brazil still appears in median positions in innovation rankings. The Global Innovation Index 2020 listed Brazil in the 62nd position – out of 131 countries.

Given this context, in order to strengthen the Brazilian innovation system, a regulatory framework to stimulate R&D activities was created over the past 20 years, including the following provisions: 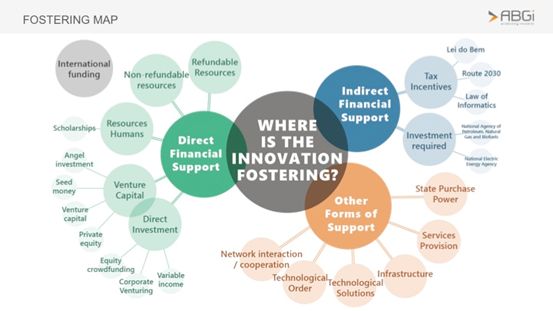 *Image reproduced with permission of ABGI

Nevertheless, even with a relatively structured innovation ecosystem, the volume of investments in R&D in Brazil is still modest (around 1.2% of GDP, with 52% coming from public funding and 48% from the private sector), while investment in R&D in developed countries varies between 2 to 3.5%.

In relation to IP, Brazilian investments in R&D are reflected, to some extent, in the use of the patent system, since public universities are among the five national institutions with the highest number of patent applications filed before the Brazilian Patent and Trademark Office (BPTO).

Recent BPTO initiatives indicate that the national IP system is improving and reaching its goal of contributing to stimulate innovation and economic development (examples of these initiatives include the implementation of the Madrid Protocol; the creation of several fast track patent examination programs – PPHs; and the implementation of a plan to combat patent backlog aimed at reducing examination time and granting of patents in Brazil).

2. Patents as an instrument to foster innovation

Patents are by far the most important IP right related to innovative activity. The use of the patent system contributes to increase the effectiveness of investments in R&D, since the granted exclusive right over the patented invention allows the patent holder to obtain the financial return on the investments spent on R&D activities that led to the invention. Such mechanism guarantees the continuous flow of investments in R&D.

As seen above, Brazil has been working to promote structural reforms, including at the BPTO, aimed at boosting and modernizing the legal framework to leverage R&D. But, how can patents and tax incentives work together in order to increase the effectiveness of R&D investments?

3. Compensation for using the patent system: access to tax incentives

Under the current Brazilian legal framework, it is possible to identify tax incentive mechanisms in the generation of patents, such as Lei do Bem and Brazilian IRS Rule #1,187/11. These legal provisions establish three possibilities of tax incentives for patent expenses:

Another tax incentive program worth mentioning is established by Law #13,755/18 and Decree #9,557/18 (known as "Rota 2030") related to the automotive sector. Under these provisions, a tax recovery of between 10.2% and 12.5% of the expenses incurred by the beneficiary companies can be generated. Operational expenses with patenting a product or process can be included in the composition of the expenditures, deductible from income tax.

Furthermore, Law #8,248/91 (known as "Lei da Informática"), which provides tax incentives for companies in the technology sector, establishes that expenses with patents can be considered as part of the mandatory investment required to use the law.

The relation between IP and tax incentives is also of paramount importance in the electrical and oil and gas sectors. In this sense, for projects developed using ANEEL's and ANP's compulsory R&D investments regulatory framework, expenses with the registration and maintenance of patents arising from an R&D project may be included in the mandatory expenditures of the project.

Such regulatory agencies also have programs for financing IP services, such as the registration of trademarks and the filing of patents, provided by suppliers recognized by the BPTO, such as the National Bank of Development (BNDES) Card. FINEP, on the other hand, requires in one of its programs that the company proposing the financing must have patents granted or pending application with the BPTO.

Regarding EMBRAPII, it is worth noting that, in six years of operation, around 800 projects generated more than 300 patent applications. In November 2019, as a result of this performance, EMBRAPII signed an agreement with the BPTO to evaluate the IP system in its accredited companies and units, as well as to train those involved in protecting, managing and licensing patents. The possibility of creating a program to accelerate the examination of patent applications before the BPTO is still being studied.

In conclusion, there is synergy between patents and the granting of tax incentives to stimulate innovation. The examples cited above show that IP and tax incentives are complementary subjects and should be explored more intensively. The importance of these mechanisms is evident in the construction of an innovative ecosystem, where new ideas, products, processes and knowledge can emerge and prosper for the benefit of society.

This article was originally published, in an extended and altered version, on July 7, 2020, as a joint initiative between Venturini IP (co-author: Louis Lozouet) and ABGI Brazil (co-author: Augusto Teixeira Hallak).