In order to encourage the growth of international trade including that of financial services, successive Maltese governments have sought to conclude double tax treaties with important trading partners as well as with emerging countries. This policy is expected to continue in the future. To date, treaties are in force with 70 countries.

The following table illustrates the treaty and non-treaty withholding tax rates when dividends, interest and royalties are paid from treaty countries to Maltese residents. In general there is no withholding tax under Maltese law on dividends, interest and royalties even where a treaty allows such tax. Non-Treaty rates quoted in the table below do not take into account provisions of European Union Law which may be applicable. 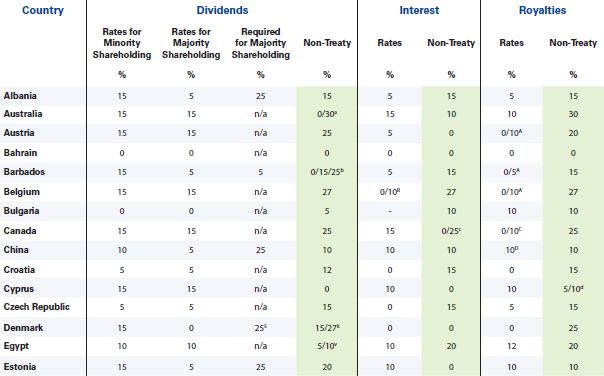 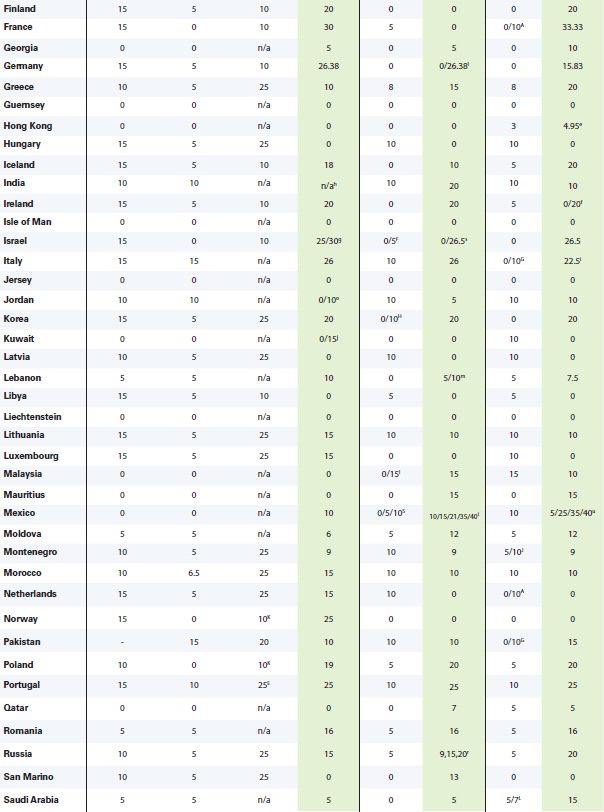 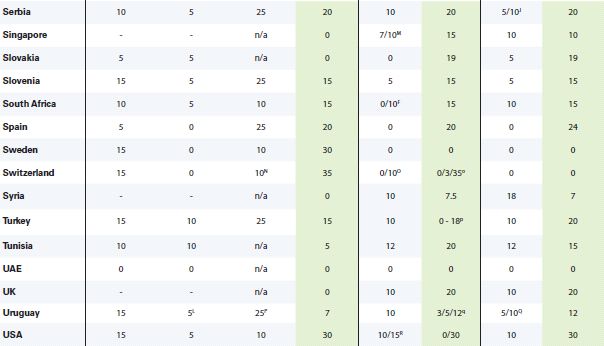