by Jeffrey A. Greenbaum
Frankfurt Kurnit Klein & Selz
Your LinkedIn Connections
with the authors 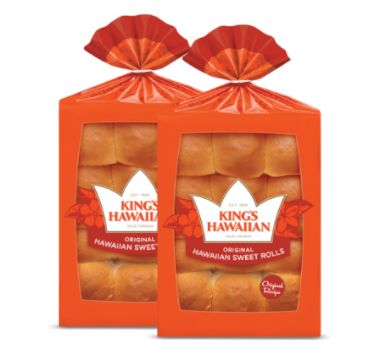 The plaintiff asserted a variety of claims under New York and California law, including claims for false advertising.  Ultimately, the key question is whether the packaging and other marketing of the product -- including the company's Thanksgiving Day Float! -- are likely to be misleading to a reasonable consumer.  In other words, is there a probability "that a significant portion of the general consuming public or of targeted consumers, acting reasonably in the circumstances, could be misled."

The court dismissed the complaint, holding that the plaintiff had failed to show that reasonable consumers are likely to be deceived.

First, the court found that the reference to the the company's Hawaiian founding on the front of the packaging would not mislead consumers into believing that the product is still made there.  The court wrote, "the mere use of a geographic reference, including a reference to the company's historical origin, does not convey a representation about a product's current origin."  Moreover, the court felt that the reference, on the back of the packaging, to where the product is actually made "is plainly sufficient to tell consumers where the sweet rolls are produced."

Second, the court didn't think there was any reason to believe that the packaging communicates that the rolls have special Hawaiian ingredients.  Noting that King's Hawaiian never claimed that it follows traditional production methods, the court said that the "packaging does not include any images suggesting inclusion of honey or pineapple in the sweet rolls."

And, what about King Hawaiian's Thanksgiving Day Parade float?  The float featured a volcano, a waterfall, palm trees, an "Aloha!" sign, flowers, and other Hawaiian-themed details.  The court didn't think that the float was misleading either, holding that all that it communicated was the "spirit of Hawaii."