South Africa: What Do You Meme It Is Illegal To Share Memes?

Firstly, what is a meme? A meme is an image, video, picture or piece of text that is typically humorous in nature that spreads like wildfire on the Internet. It can also be defined as a virally transmitted cultural symbol or social idea. Some examples of memes would be the well-known "dancing baby" or the following images *for those that are Game of Thrones fans:

It's probably appropriate for me to enter the following disclaimer at this point:

The above images are used purely for illustrative purposes.

So, it begs the question: is it illegal to share or re-share a meme? The critical question is: how is the re-shared meme used? If used purely as a means of inherent satire/parody or to simply "get a laugh" then such use is probably not illegal. However, if the use of a meme has a harmful effect on the copyright owner in the sense that the meme in question incites harm or violence or the copyright owner is likely to suffer some form of economic loss from such use, it probably then does constitute illegal usage and a copyright infringement. 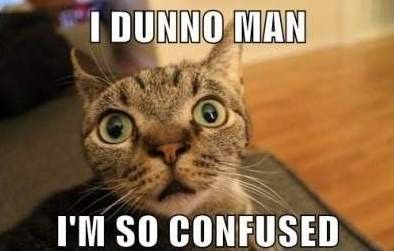 Disclaimer: The above image is used purely for illustrative purposes – although I'm not too worried I'm infringing on any copyright here as I imagine there are lots of confused cats out there.

To assist with determining whether any use or sharing of a meme is illegal, in terms of the current South African Copyright Act 98 of 1978, there is a principle known as fair dealing which states that copyright shall not be infringed if for example, the work in question is used for the purposes of research, or private study, or reporting current events. However, this principle is likely to soon be replaced (once the Copyright Amendment Bill is adopted in South Africa #winteriscoming) by the principle of fair use which is recognised and applicable under US Copyright laws.

The principle of fair use is measured by the following four factors:

If regard is had to the first factor, if a meme was re-shared in the context of generating income for the disseminator of such meme; such as if the meme was used on one's business website or business Facebook page with the sole purpose of attracting customers to make a sale, then the disseminator is likely to be the recipient of a cease and desist letter issued by the copyright holder's attorney. However, if used on one's personal Facebook page, Twitter or Instagram account, such use is potentially less objectionable; unless the use of the meme constitutes hate speech and is highly controversial thus negatively impacting on the copyright holder.

If regard is had to the fourth factor, the use or re-share of a meme may in fact add value to the original work it was inspired from, which may boost the brand value of same for the copyright holder. As such, the copyright holder is not in that instance likely to pursue a lawsuit.

So, in essence, one has to weigh up the 4 fair use factors when determining whether their use or re-share of a meme is illegal and thus objectionable or not.

And finally, another aspect to consider when sharing a meme or even creating one where a private person's image is central to the meme is to consider to what extent you are violating that person's personal rights. 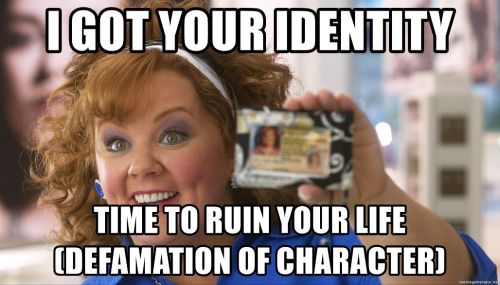 Disclaimer: The above image is also used purely for illustrative purposes.