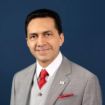 On January 25, 2006, the Mexican Law of Industrial Property (LIP) was amended. Although the changes included some provisions on the filing of documents along with a complaint before the Mexican Trade Mark Office (IMPI), the main goal of the amendment was improving the regulation of the franchise system in Mexico.

The amendment will mainly protect franchisees who report abuses from franchisers, either at the execution of the agreement or when terminating it, which was affecting the growth of the franchise sector. The Mexican Association of Franchises (AMF) lobbied for the change, demanding more legal security for the franchise sector in Mexico.

According to AMF, 830 franchises operated in Mexico in 2005, pushing Mexico to 8th rank in the world regarding franchises operation. AMF found that in the same year the franchise sector reported sales of $8,000 million and generated 80,000 jobs, reporting a total of more than 500,000 jobs since franchises began operating in Mexico.

In light of the above the Mexican Congress agreed with AMF that the franchise sector is highly relevant to Mexican economy and decided that improving the franchise regulation was necessary. It approved the amendment lobbied by AMF, which was enforced in January 2006.

Goals of the changes

Section V of article 2 establishes as an objective of the LIP to fix conditions of legal security for the operation of franchises and to warrant a non-discriminatory treatment for all the franchisees of the same franchiser.

Article 142 defines the franchise as follows:

There exists franchise when along with the license of use of a trade mark, granted in writing, technical knowledge is transmitted or technical assistance is furnished, so that the person whom it is granted may produce or sell goods or render services in a uniform manner and with the operative, commercial and administrative methods established by the holder of the trade mark, tending to keep the quality, prestige and image of the products or services that it distinguishes.

This Article also obliges franchisers to deliver to franchisees the information related to the general status of the franchiser's company, in the terms provided by the LIP Regulations. However, at the moment of writing this article the corresponding amendment to the Regulations of the LIP had not yet been enacted, which leaves some uncertainty as to the information that has to be furnished to franchisees.

Article 142 bis provides that the franchise agreement has to be in writing and shall contain at least the following elements:

Additionally this Article establishes two clauses that must be included in the franchise agreement, providing that (1) there shall exist no obligation on franchisees, at the termination of the agreement, to see or transmit their assets to franchisers, or the person designated by it, unless otherwise agreed; and (2) there shall be no obligation on franchisees to sell the shares of their company or making franchisers their partners, unless otherwise agreed.

The new provisions will help franchisees to avoid abuses from franchisers, and a balance between both parties in the operation of a franchise may be obtained. But it is important that the corresponding amendment of the LIP Regulations come into force, or there will be loose ends that may affect the operation of franchises in Mexico.

On the other hand, Article 142 bis-1 limits the intervention of franchiser on franchisee's operation, only to those cases when franchiser intervenes to warrant the standards in the administration and image on the franchise as stated in the agreement.

Article 142 bis-3 provides that neither franchiser nor franchisee may unilaterally terminate or breach the agreement, unless it was executed for an undetermined term, or in case that there is a justified cause for the breach. For unilaterally terminating or breaching the agreement the party that wishes to terminate or breach it shall observe the causes and proceedings established in the agreement, or the affected party may use the penalty clause that had been agreed by the parties.

This is another response to the demands of franchisees which sustained that franchisers were abusing them by terminating or breaching the franchise agreements at will, in an unjustified manner.

Section XXV of Article 213 defines an administrative infringement as:

Not providing the franchisee with the information referred to in Article 142 of the Mexican law of Industrial Property, provided that the term for that effect has already expired.

On the other hand, Section XXVI tries to protect the trade dress of the franchise by providing as follows: Article 213: The following constitute administrative infringements:

XXVI. To use combination of distinctive signs, operative and images elements, that allows to identify products or services equal or confusingly similar to others protected under this Law and that by means of its use causes or leads the public to confusion, error or deceit, by making it believe or presume the existence of a relationship between the owner of the protected rights and the non authorized user. The use of such operative and image elements in the above mentioned form constitutes unfair competition in accordance with clause I of this Article.

Although lawmakers considered that the above provision would help to better protect trade dress in Mexico, the truth is that due to the sloppy wording of this amendment it will in our opinion not be possible to validly obtain an infringement declaration based on this provision.

Consequently, the infringement action contained in this new Section XXVI cannot be validly enforced and therefore may become a useless provision in the LIP.

Perhaps the missing amendment to the Regulations of the LIPP will help to better dine the elements of this infringement cause. However, even if said amended Regulations will help to define what has to be understood as operative and image elements, we believe that the wording of Section XXVI of Article 213 sill needs to be modified, or it will be useless in the practice.

In general terms this agreement will provide franchisees with tools that allow them to operate more freely in Mexico, and will also help to establish a balance between franchisers and franchisees, which will result in the growth of the Mexican franchise sector in the years to come.

It is noticeable that during the last few months Mexican Congress has gained interest in bills related to the LIP and its Regulations, which is excellent news and is leading to many improvements of the LIP (as in the case of the recent amendment on famous and notoriously known trade marks). Nonetheless, we cannot ignore that the members of the Mexican Congress still reflect some ignorance as to industrial property matters, which causes some amendments to be poorly drafted and approved with mistakes.