United States: What Is A Patent?

A patent gives the patentee (patent owner) the right to exclude others from making, using, offering for sale or selling an invention within the U.S. or importing it into the U.S. It does not carry the affirmative right to make, use, sell or offer an item covered by the patent since one or more other patents may cover aspects of the same invention.

You can obtain a utility patent for the following statutory classes of new and useful inventions:

In addition, you can obtain a design patent for a new, original and ornamental (that is, non-functional) design for an article of manufacture, or a plant patent for a new variety of seed or plant or any of its parts. No patents can be issued for (1) tax avoidance strategies, or (2) human organisms.

Whether an invention is made by a flash of genius or painstaking research, to be patentable it also must meet all of the following hard-to-satisfy criteria:

Federal and state laws protect information that has been kept secret, and that provides economic value to the owner by virtue of being kept secret, against unauthorized use or disclosure by anyone who is under an obligation of confidentiality to the owner. But this protection requires you to take reasonable measures to maintain the information's secrecy. Moreover, it does not prevent independent development, or apply to parties learning the information without any confidentiality obligation. Of course, trade secret protection ends for the aspects of an invention that are disclosed in a patent or published patent application. The trade-off between patents and trade secrets is that a patent protects against independent development but has a limited term, while trade secret protection lasts as long as the information is kept secret but does not protect against independent development.

How to obtain a patent.

In the United States, you can obtain a patent only by a grant from the U.S. Patent & Trademark Office (USPTO).

Unless an invention can be kept secret for many years (like the Coca-Cola soft drink formula), often it is desirable to file a patent application without undue delay because:

It often takes a couple of years for a patent to be examined, but you may request "Expedited Examination" upon payment of a substantial additional filing fee. A "Small Entity" (500 or less employees, or a not-for-profit company or a university) and a "Micro Entity" (a low income person filing fewer than 5 other patent applications) can get a discount of 50% or more from this and most other official fees.

A preliminary patentability search generally is desirable in order to help determine whether the invention is novel. It also aids in the proper drafting of the patent application.

The validity of a patent may be challenged in the USPTO in various ways, which include the following:

Generally, post-grant proceedings are decided by the Patent Trial and Appeal Board (PTAB) within 12 months from initiation, extendable to 18 months for good cause. Appeals go only to the Court of Appeals for the Federal Circuit (CAFC). Any pending federal court action may be stayed during a PTAB or CAFC proceeding. Typically, any ground for invalidity that was raised, or could reasonably have been raised, in a PTAB proceeding cannot be raised later.

While a patent application is pending, you may use the informal legend "patent applied for" or "patent pending" on devices or processes and in advertisements for them.

After a patent has been issued, you may use the following patent notice: the word "patent" or "pat." and either the number of the patent or a direction to a free website showing it. This notice is not mandatory, but it may be necessary to get damages from an infringer.

A utility patent or plant patent generally lasts 20 years from the filing date of the non-provisional patent application (with certain exceptions described below). A design patent lasts 15 years from the issue date (14 years for applications filed before May 13, 2015).

If priority of an earlier non-provisional application is claimed, the 20-year term is measured from the filing date of the earlier application. The term can expire earlier if you do not pay specified maintenance fees 31⁄2 years, 71⁄2 years and 111⁄2 years after the grant (there is a 6-month grace period for each payment). You can get the term extended for up to 5 years for certain patents if issuance is delayed for various reasons, such as delayed action by the USPTO, secrecy orders, successful appeals or pre-market regulatory review.

Once you sell a patented item anywhere in the world, you cannot place restrictions on that item. You cannot renew a patent, and anyone can make, use, sell or offer in the U.S. devices or processes embodying the formerly patented invention after the patent has expired or been declared invalid. 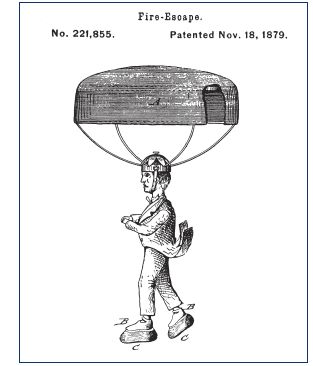 Who owns a patent.

A patent protects against the unauthorized manufacture, use, sale or offer for sale in the U.S. of all devices or processes (except for pure medical or surgical procedures) embodying the claimed invention (but not components intended for assembly abroad into such devices), whether copied from authorized devices or independently invented. It also protects against the importation, use or sale in the U.S. of a product made from a patented process without authorization, although there are limitations to protect innocent infringers.

A design patent is infringed if the patented design and the accused design would appear to be substantially the same to the ordinary observer familiar with the prior art.

An accused infringer can assert a "Prior Use" defense if, in good faith, it began commercially using the invention at least 1 year before the earlier of: (1) the effective filing date of the patent; or (2) the date the patented invention was first publicly disclosed by the patent owner. An accused infringer also may defeat a claim by establishing that the patent is invalid, or that the owner misused it or engaged in inequitable conduct with respect to it.

Most states (not including New York) and a federal law protect trade secrets from misappropriation. Federal criminal penalties are a fine of up to the greater of $5 million or 3 times the value of the trade secret, or up to 10 years imprisonment, or both. If a federal civil action is brought within 3 years from the date the misappropriation was, or should have been, discovered civil remedies include an injunction (or in exceptional circumstances a reasonable royalty), damages (up to double for willful and malicious misappropriation), and in some cases attorneys fees and seizure.

There are no criminal penalties for patent infringement. The following civil remedies are available under U.S. law:

Damages begin to accrue after the earlier of actual notice (such as by a letter or by service of an infringement action) or first marking with a patent notice. Damages may only be recovered for patent infringements occurring during the 6 years prior to the commencement of the infringement action.

A U.S. patent owner may start an International Trade Commission expedited proceeding to exclude infringing products from the U.S. if a domestic industry exists or is being established.

While regional patents can be cost-effective in securing patent protection in multiple countries, particularly in Europe, costs still can be high due to the need to pay an annual annuity (which is a government tax) in each country in which the patent is enforceable. Annual annuities also are required for most country patents. In addition, after a European patent is obtained, the European patent must be "validated" (that is, recorded) in each country of interest, and many European countries require that a translation of the patent into the local language be filed at the time of validation which adds further costs.

While you have 1 year from your publication or other public disclosure of the invention in which to file a patent application in the U.S., most other countries have no such grace period. Those countries require "absolute novelty" and the prior publication of your invention before filing in one of these countries results in a loss of patent rights in that country.

However, there are two international treaties that enable patent applicants to defer filings without risking a loss of patent rights: (1) under the Paris Convention for the Protection of Industrial Property, of which almost all countries are members, if you file an application in one country, and then you file that application within 1 year (6 months for a design application) in another country (or patent region), the effective filing date of the second application is the filing date of the first application; and (2) under the Patent Cooperation Treaty (PCT), you can file an international utility patent application (also commonly called a PCT application) which itself does not become a patent, but which can be filed in any member country (or patent region) within as much as 30 months in most countries (and 31 months in patent regions), and the effective date of the later filings is the date on which the PCT application was filed.

In a number of non-U.S. countries, you can protect as a utility model (also called a "petty patent" or "innovation patent") an incremental invention that might not qualify for a utility patent. This protection generally is only for 7 to 10 years, but you can get it much faster and less expensively because there generally is little or no examination before issuance, and the infringement remedies are the same as for a utility patent. 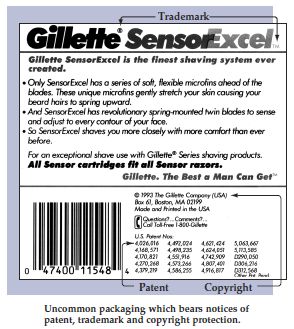