There was an interesting published by the BBC recently, "Virgin sues partner over claims about its brand value".

Richard Branson's company, Virgin Enterprises, is involved in an unusual dispute with a US train company called Brightline. The background is that Virgin Enterprises has granted Brightline a licence to operate a train service in the USA under the Virgin brand. The service connects Miami and West Palm Beach in Florida (with the long-term plan being to eventually extend to Disney World in Orlando), and it's a 20-year deal. 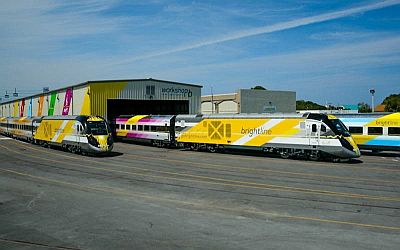 The train service has, however, not operated since March 2020, which was of course when the pandemic hit. Brightline is now seeking to cancel the deal. The basis for the cancellation is this: the Virgin brand has been tarnished as a result of COVID-19, it's no longer "a brand of international high repute". This, of course, relates to the fact that COVID-19 has made life very difficult for Virgin Atlantic, with the airline having already laid off many employees, and Branson having offered to put up his island as collateral.

Virgin is contesting the purported cancellation of the licence agreement. It says that Brightline is bound by the contract until at least 2023, at which time it would be able to cancel with an exit fee. Virgin is claiming damages to the tune of USD250-million in lieu of royalties.

In our view, there are a number of interesting aspects to this story:

It highlights the issue of trade mark licensing

Virgin is admittedly a very big brand and trade mark licences for train services are not exactly run-of-the-mill. Yet, the claim for damages does suggest a very significant licence fee, and a 20-year term is also considerable. Trade mark owners – and in this category we include well-known individuals (celebrities), groups and sports teams – should give serious consideration to trade mark licensing as a potential revenue stream.

It also highlights tarnishment, but not as we know it

The issue of trade mark tarnishing (which is closely linked to dilution) does come up from time to time. But generally it comes up in trade mark opposition or infringement proceedings, where the owner of a registered trade mark claims that its trade mark (which has a reputation) has been diluted or tarnished by a third party.

The South African Supreme Court of Appeal ("SCA"), in the case of Nestle v Iffco, a case involving the copying of the shape of the Kit Kat bar (itself a trade mark), explained just why this extended form of trade mark protection was introduced in 1994. The SCA said that it was introduced in order to "protect the commercial value that attaches to the reputation of a trade mark, rather than its capacity to distinguish the goods or services of the proprietor from those of others." It accepted that the "court must be satisfied by evidence of actual detriment or unfair advantage." It went to say this about the case at hand: "The loss of the unique shape of Nestlé's Kit Kat bar as a distinctive attribute will inevitably result in a loss of advertising or selling power to Nestle... this will clearly result in 'blurring' of Nestlé's finger wafer shape trade mark...economic harm to Nestlé is consequently self-evident."

So, that is dilution and/or tarnishing as it's generally understood in trade mark law. But here we are, of course, talking about something quite different. Here it's the authorised licensee of the trade mark that's claiming that the trade mark it's paying to use has been tarnished. It's arguing that, as a result of this tarnishing, it should be entitled to exit the licence agreement. It's an interesting argument.

Should something like this be anticipated in a trade mark licence?

Should a trade mark licence agreement expressly anticipate a situation where the licensed brand loses its value or power to attract business because of external factors, possibly as part of the force majeure clause? Surely yes, especially now that we have a far better understanding of the ...

Effects of the pandemic

This situation that Virgin and Brightline find themselves in is, of course, a direct consequence of the pandemic. There seems to be no end to the havoc it's able to create.

ARTICLE TAGS
South Africa Intellectual Property Trademark Litigation, Mediation & Arbitration Trials & Appeals & Compensation
POPULAR ARTICLES ON: Intellectual Property from South Africa
Overview Of Copyright Law And Copyright Registration In Nigeria
Resolution Law Firm
The Copyright Act LFN 2004 is the principal law that governs, protects copyrights in Nigeria, while the regulatory agency that supervises copyright registration in Nigeria is the Nigerian Copyright Commission.
A Guide To Trademark Registration In Nigeria
Benchmac & Ince
Nigeria is Africa's most populous nation with the largest economy in the continent and a fast-growing services sector with an increasing need for consumer goods.
Types Of Trademarks: All You Need To Know
Abou Naja
As industries race to gain a legal monopoly on their unique innovations through marks registration, we are inundated with an ever-increasing number of products with
Strengthening Intellectual Property Rights And Protection In Nigeria
Banwo & Ighodalo
Concerted efforts have been made over the years at promoting IP rights in Nigeria with some positive results being achieved.
An Overview Of Copyright Protection In Nigeria (Part 1)
AELEX
Copyright is a form of intellectual property. It has been defined by Black's Law Dictionary, 9th Edition as a right granted to the author or originator of certain literary or artistic productions...
Procedure For Trademark Search And Online Registration In Nigeria
Resolution Law Firm
The trademark search is actually the first step for trademark registration in Nigeria.
FREE News Alerts
Sign Up for our free News Alerts - All the latest articles on your chosen topics condensed into a free bi-weekly email.
Register For News Alerts
Article Tags
South Africa Intellectual Property Trademark Litigation, Mediation & Arbitration Trials & Appeals & Compensation
Related Articles
Intellectual Property Law South Africa: Ways To Protect Your Intangible Assets Adams & Adams
ARIPO Collaborations With The EUIPO And USPTO Adams & Adams
PODCAST | Trademark: The Most Valuable Asset That A Business Owns | 19 APR 21 ENSafrica
A Smashing Tale Of Two Burgers Adams & Adams
How African Companies Can Use The International Trademark System To Their Advantage Inventa International
Mondaq Webinars
Future Series: The Future of Employment Law in Canada - Current Trends and Predictions
CCPartners
Webinar Ontario Canada
How Executives Can Enhance Their IP Strategy and Performance in Switzerland
Swiss Business Hub UK + Ireland c/o Embassy of Switzerland
Webinar London UK
More Webinars
Comparative Guides
Labour and Employment
Private Equity
More Guides
Mondaq Advice Centres
Global
Trademarks in SAARC Countries
Global
Investment Immigration
More MACs
Upcoming Events
Mondaq Social Media