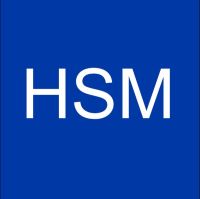 On March 8 2019, the Legislative Assembly approved a broad series of enhancements to the Trusts Law of the Cayman Islands as described in the Trusts (Amendment) Bill, 2019. While some of the enhancements are highly technical in nature, there are four key changes to be aware of.

The Courts of the Cayman Islands now have statutory powers to rectify mistakes in relation to the exercise of fiduciary powers where:

Such a procedure is typically deployed by trustees where an unforeseen onshore tax consequence has arisen as a direct result of the exercise, or rather mis-exercise, of a fiduciary power. It is useful where the effect of the exercise of the power is not what was expected. It can be viewed as a 'get out of jail free card' as it allows trustees and other power holders to reverse what might otherwise be very negative and unintended outcomes. Although the Cayman Islands Courts have applied Hastings-Bass principles in the past, the fact that the principle is now codified should provide an extra layer of comfort to every holder of a fiduciary power.

Variation of Trusts by the Cayman Court

The Cayman Islands Courts have long held statutory powers to vary the terms of Cayman Islands trusts provided the circumstances were right, however, for such applications to be successful it had to be shown that such variation(s) would be for the 'benefit' of the beneficiaries who were unable to speak up for themselves - typically minor beneficiaries and beneficiaries who have yet to be born. To put this into context, many trust instruments are drafted in such a way to benefit a large group of family members over long periods of time. As such, it is possible, and very common, for some of the beneficiaries to be under the age of majority, in the womb, or not yet born. In such circumstances where a trust variation is ongoing, separate legal counsel will usually be appointed to represent this group. Since many trust variations are necessary to create family harmony, settle some dispute, or achieve some form of onshore tax advantage(s) these would often be viewed as a 'benefit' to the minor and unborn beneficiaries, but in some cases it may be difficult to locate a 'benefit' at all as some trust variations are neutral in effect, and as a result lawyers had to get creative in order to make their applications successful. The term 'benefit' in this context is not limited to financial benefits, but may also include wider social benefits, such as achieving family harmony.

The recent change now only requires that such variation(s) are not to the 'detriment' of such persons.

As with the variation of trusts, the endorsement by the Cayman Islands Courts to compromise or settle trust litigation no longer requires the presence of any 'benefit' but rather the 'no detriment' test is also to be applied in relation to beneficiaries even in circumstances where there is clearly no 'benefit' present. This is certainty helpful in a litigation context as the settlement of litigation inevitably requires some 'give and take' and it is often the case that the only benefit to be had is the extinction of protracted and expensive litigation.

The so-called 'firewall' provisions of the Trusts Law, which are the provisions which seek to repel claims which attack the validity of a Cayman Islands trust (and Foundation Companies) on the basis that its creation did not conform to or offended some provision of foreign law, have been enhanced by expanding the class of persons offered protection from such claims. Previously this group included persons who have a "personal relationship with the settlor" (whether by way of blood or marriage) but now includes "any beneficiary (whether discretionary or not)". The end result is that the revised Trusts Law now provides enhanced protection from such attacks.

Whilst there are some other minor amendments not discussed, such as the inclusion of controlled subsidiaries and private trust companies in the definition of "trust corporations" these points are really left for the trust nerds amongst us to ponder. Otherwise, all of the refinements should be welcomed by practitioners, fiduciaries, and beneficiaries alike and will certainty keep the Cayman Islands on the cutting edge of progressive trust jurisdictions worldwide.