by Luiz Leao (Veirano Advogados) and Valdir Rocha (Veirano Advogados)
Global Advertising Lawyers Alliance (GALA)
Your LinkedIn Connections
with the authors
To print this article, all you need is to be registered or login on Mondaq.com. 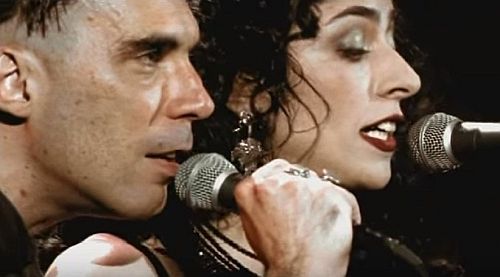 João Doria, governor of the state of São Paulo and presidential candidate, was sentenced, on February 1, 2022, by the First Chamber of Private Law of the São Paulo State Court of Justice ("TJSP"; Appeal No. 1077362-28.2018.8.26.0100) to pay compensation for moral and material damages for violating the copyright of Marisa Monte and Arnaldo Antunes' song "Ainda bem" ("Thank goodness", in Portuguese) in an institutional ad published in his official YouTube page while he was the mayor of São Paulo (2017-2018).

The video was recorded in an event, sponsored by Nike and organized by São Paulo's City Hall, for a sports court grand opening, in which the song was played and could be heard as background music during Doria's speech. Its authors accused the mayor of using their work to promote himself politically - Doria explicitly used the position of mayor of São Paulo as a steppingstone to higher positions and resigned with less than two years in office to run for governor.

Marisa Monte also requested compensation for moral damages caused by a second video posted by Doria in his social media pages in which he suggested that she was an opportunist who only filed the lawsuit for money.

In his defense, Doria claimed that (i) the music was played during the event organized by Nike and there was no synchronization between the music and his speech, which was proved by experts who analyzed the video; (ii) copyrights in Brazil are paid through a fee that is collected by the Central Collection and Distribution Office ("ECAD") from the event's organizer (according to Doria, Nike) and the digital platform (YouTube), so Doria was not responsible for paying it; (iii) there was no moral damages since the music playing in the background was not intentional; (iv) the case's real motivation is the political differences between the plaintiffs and the defendant because, in the past, they have allowed other politicians to use their songs; and (v) Doria did not offend Marisa Monte in his second video, he was simply replying to a video she had posted in her social media pages.

The case's rapporteur, Judge Francisco Loureiro, dismissed Doria's arguments concerning the payment of copyrights noting that the authors' claim of copyright infringement is not based on lack of payment, but on the unauthorized use of the song for political purposes, associating their work to Doria's public image.

Moreover, Judge Loureiro observed that - even though posting a video with music in the background that was being played in an event is not an unlawful act per se for common social media users - Doria's video was clearly edited by professionals who could have altered its background sound. Thus, the use of the song for personal promotion was intentional. Since the song's authors did not allow Doria's use of the work for political self-promotion, the video violated the Brazilian Copyright Law (Federal Law No. 9,610/1998).

Regarding the claim that Marisa Monte and Arnaldo Antunes had authorized the use of their songs in the past to other politicians, Judge Loureiro affirmed that the fact that an artist authorizes the use of its work by a third party does not mean he/she is obligated to do the same to all third parties. As stated in the Brazilian Copyright Law, the authors of a work of art have the right to authorize - or not - its use by others whenever they want with few exceptions provided by law - such as parodies.

The compensation's final amount was calculated by the rapporteur as R$ 10,000.00 (approximately US$ 2,000.00) for each composer due to moral damages resulting from the violation of copyright and R$ 20,000.00 (approximately US$ 4,000.00) to be shared between the copyright holders for material damages. Finally, Marisa Monte's compensation request for the second video was dismissed after Judge Loureiro deemed that Doria's comment was simply a response to her public accusations, an act made within the legal limits of free speech. 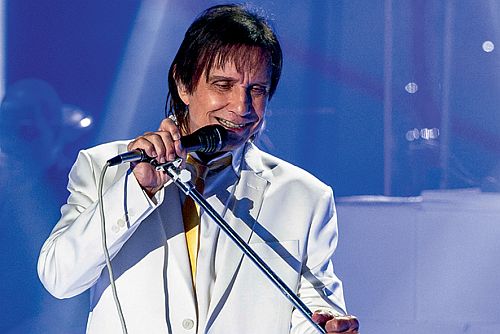 In 2014 - two years before João Doria's first campaign for public office, when he was only a businessman - another Brazilian politician got involved in a lawsuit with songwriters due to copyright infringement in a political ad.

Tiririca - a professional clown nationally famous for the campaign slogan "It can't get any worse than it already is" - was running for Congress and decided to promote his reelection campaign using a parody of Erasmo and Roberto Carlos' classic  song named "O Portão" ("The Gate", in Portuguese).

The video starts with Tiririca dressed as a clown, his professional outfit, saying that he was voted not only by "common" people, but also by "him". Then, Tiririca appears dressed as the iconic singer Roberto Carlos, imitating his voice and gestures, and singing a parody of "The Gate". While the original version says "I came back, this time for good/ Because this, this is my place" ("Eu voltei, agora pra ficar/ Porque aqui, aqui é meu lugar"), Tiririca's sings "I voted, and I will vote again/ Tiririca, Brasília is your place" ("Eu votei, de novo vou votar/ Tiririca, Brasília é o seu lugar"). In the end,  he holds a huge steak and praises it laughing - Roberto Carlos is famously a vegetarian.

EMI SONGS DO BRASIL EDIÇÕES MUSICAIS LTDA., the song's copyright holder, filed a lawsuit against Tiririca for material damages based on a previous decision issued by the Brazilian Superior Court of Justice ("STJ") that sentenced the supermarket chain Carrefour to pay compensation for material damages for violating the copyright in a song, which was used in an ad with changes (Case REsp 1.131.498/RJ). Since the supermarket chain used the altered song with commercial purposes, not humorous, the court understood that the new song was not a parody and, as a consequence, was not protected by the fair use exception provided by the Copyright Law's Art. 471.

The case's rapporteur, Justice Marco Aurélio Bellizze, based his decision on the grounds that (i) the Judiciary does not have the power to decide what is and what is not humor; (ii) Tiririca's parody does not offend other candidates, the original version's authors, nor disparages the song; and (iii) Tiririca is an artist widely known as a humorist who does a lot of parodies with popular songs.

On March 11, 2020, the plaintiff filed a new appeal (Case EREsp 1.810.440/SP) requesting the matter to be analyzed again by the STJ, based on the differences between the new decision and the previous one involving Carrefour.

On February 9, 2022, the appeal's rapporteur, Justice Luis Felipe Salomão, rendered his decision confirming the Third Chamber's conclusions and affirming that the fact that a song is used in an ad with commercial or political purposes does not prevent it from being a parody.

Moreover, Justice Salomão highlighted the legal requirements for a parody: (i) existence of a certain degree of creativity; (ii) absence of a discrediting effect on the original work; (iii) respect for the honor, intimacy, image, and privacy of third parties; and (iv) observance of the moral rights of the original work's author. In addition, as provided by the Berne Convention, unauthorized reproduction of third-party works must comply with the "three-step-test rule"2.

Since Tiririca's song met all these requirements, it must be considered a parody and be protected by Copyright Law's Art. 47.

The trial will continue after the suspension requested by Justice Raul Araújo. Meanwhile, Brazilian artists - including Caetano Veloso, Nelson Motta, and Joyce Moreno - are publicly speaking out against the authorization of parodies in political advertisements for fear of seeing their hits being used by politicians they disagree with.

Therefore, in case the STJ issues its final decision before the national elections in October, 2022, agreeing with Justice Salomão, Governor João Doria will be free to promote his presidential campaign uploading a new ad changing the lyrics of Marisa Montes and Arnaldo Antunes' song from "Thank goodness I met you" to "Thank goodness I met Doria".

1 Art. 47. Paraphrases and parodies that are not true reproductions of the original work or imply discredit to it are free of limitation.

2 Art 9 (2). It shall be a matter for legislation in the countries of the Union to permit the reproduction of such works in certain special cases, provided that such reproduction does not conflict with a normal exploitation of the work and does not unreasonably prejudice the legitimate interests of the author.