The USPTO refused to register the proposed mark ALEMBIC PHARMACEUTICALS for generic prescription drugs [PHARMACEUSTICALS disclaimed], on three grounds: likelihood of confusion with the registered mark ALEMBIC HERBALS & Design for various medicines [HERBALS disclaimed], failure-to-function as a trademark, and nonuse. The Board found the involved goods to be overlapping and the marks "very similar." Applicant's specimens of use displayed ALEMBIC PHARMACEUTICALS only as a trade name, not as a trademark, resulting in the two additional refusals. In re Alembic Pharmaceuticals, Inc., Serial No. 88660605 (September 13, 2022) [not precedential] (Opinion by Judge Thomas Shaw). 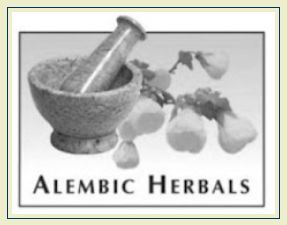 Section 2(d) The likelihood of confusion analysis was straightforward. The Board found the goods to be in-part legally identical "inasmuch as Registrant's broadly-worded 'medicines for human purposes for . . . the treatment, mitigation and prevention of diseases and disorders' could include Applicant's more specialized 'generic prescription drugs, approved by the U.S. Food and Drug Administration . . . filled by a retail pharmacy licensed to sell prescription drugs,' given that the goods are for treating similar illnesses." Applicant's attempt to limit the goods based on actual marketplace conditions was, as usual, rebuffed by the Board, since there were such limitations in the application or cited registration."

As to the marks, ALEMBIC is the dominant term in each: it is the first word in each mark and the other words are disclaimed. The design element in the cited mark is subordinate to the literal portion. The Board found the marks to be "very similar, particularly in connotation and commercial impression."

The Board agreed with applicant that consumer will exercise a high degree of care in purchasing the involved goods. However, the lack of evidence of actual confusion had little probative value in this ex parte context, and in any case there was insufficient proof regarding sales of the products to determine whether there had been a reasonable opportunity for confusion to occur.

And so, the Board affirmed the Section 2(d) refusal. 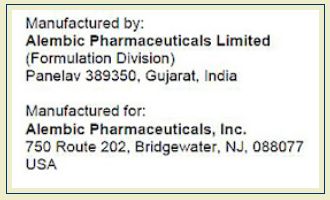 Applicant also submitted two webpages, but those were not proper specimens for applicant's goods because they "contain no ... information 'calculated to consummate a sale,' but rather were merely advertising and therefore unacceptable to show use of applicant's mark in commerce.

Simply put, we find nothing in the record which persuades us that purchasers and prospective purchasers of Applicant's products would perceive the term ALEMBIC PHARMACEUTICALS, as it is used on the goods, as anything other than Applicant's trade name.

Conclusion: And so, the Board affirmed all three refusals.