by Melanie Zhu
Rouse
Your LinkedIn Connections
with the authors 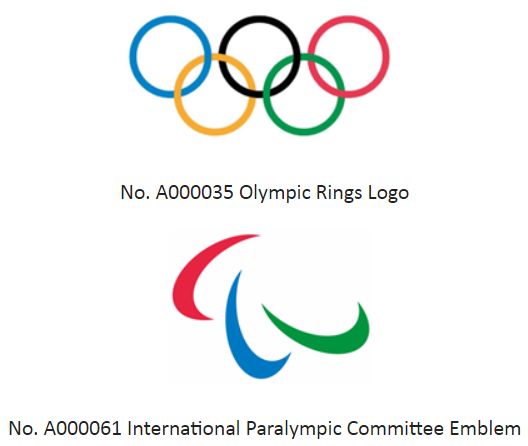 CNIPA Releases Data for the First Half of 2021
国家知识产权局发布 2021年上半年数据

In May 2019, Zhao filed an invalidation action against two trademarks registered in Class 35, including JD's "618 Carnival" (Trademark No. 15665011), on the grounds that they lacked distinctive features and were easily misidentified by the relevant public. In May 2020, the CNIPA ruled that Zhao's grounds for invalidation were invalid. In January 2021, the Beijing Intellectual Property Court issued a first instance judgment, ordering the CNIPA to revoke its decision on the invalidation action. Both JD and the CNIPA appealed to the Beijing Higher People's Court.

The Beijing Higher People's Court held in the second instance that the trademark at issue consisted of the number "618", the symbol "." and the graphic image of a flame. Although it has a certain design, it is still recognized as a number on the whole. The trademark in dispute is approved for use in services such as "television broadcasting, information transmission", but it is difficult for the relevant public to identify it as a sign to distinguish the source of services, and it lacks the distinctive features of a trademark. The evidence in the case was not sufficient to prove that the trademark in dispute had formed an association with JD and that it could be used to identify the source of services. Therefore, the court of second instance upheld the original judgment. It found that the registration of the contested trademark violated Article 11(1)(3) of the Trademark Law of 2013, the facts were clear, and the applicable law was correct. 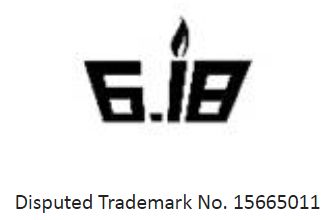 ARTICLE TAGS
China Intellectual Property Patent Trademark
POPULAR ARTICLES ON: Intellectual Property from China
Did pharmaceutical innovation contribute to the AI inventor controversy in Australia?
Pearce IP
This decision, to permit AI inventors, could put Australia at the forefront of future pharmaceutical patent protection.
Patent Law in India
Anand & Anand
The Patents Act 1970, along with the Patents Rules 1972, came into force on 20th April 1972, replacing the Indian Patents and Designs Act 1911. The Patents Act was largely based on the recommendations of the Ayyangar Committee Report headed by Justice N. Rajagopala Ayyangar. One of the recommendations was the allowance of only process patents with regard to inventions relating to drugs, medicines, food and chemicals.
When trade marks get ugg-ly: What happens if a generic term is trade marked in another country?
LegalVision
This case involving ugg boots illustrates potential risks that businesses face when obtaining international trade marks.
The launch of .au direct: an entirely new domain
McCullough Robertson
This extension will allow you to register your domain name preceding .au, for example: mycompany.au or newdomain.au.
Difference Between Passing Off And Infringement Of The Trade Mark
Khurana and Khurana
A Trade mark may be defined as a lawfully protected abstract, word, symbol, color, mark, slogan or a mixture of those related to an organization or a selected product that differentiates it from the others accessible within the market.
The Conundrum Of Intermediary Liability In The Last Decade
Khaitan & Co
The past decade has witnessed rapid growth of e-commerce and social media platforms and everything in between, all connected to the ubiquitous world of the internet.
FREE News Alerts
Sign Up for our free News Alerts - All the latest articles on your chosen topics condensed into a free bi-weekly email.
Register For News Alerts
Article Tags
China Intellectual Property Patent Trademark
Related Articles
Draft Revisions To The CN Patent Examination Guidelines (Aug 2021) - Toby's Views Toby Mak
北京知的財産権法院、商標3年不使用取消訴訟における偽証提出を厳罰 Kangxin
Pretrial Injunction: A Choice For IP Owners To Resist Irreparable Harms In China CCPIT Patent & Trademark Law Office
北京は政府常務会議で「知的財産権保護条例」草案を討議した Kangxin
グローバルイノベーション指数2021、中国は12位に浮上 Kangxin
Mondaq Webinars
Trends and Opportunities in the Maltese Legal Aviation Sector
Ganado Advocates
Webinar Valletta Malta
Die Schallmauer durchbrechen – dokumentenbasierte Untersuchungen digital meistern
Open Text UK Limited
Webinar Berkshire UK
More Webinars
Comparative Guides
Cartels
Franchising
International Arbitration
Merger Control
Patents
More Guides
Mondaq Advice Centres
Global
Trademarks in SAARC Countries
More MACs