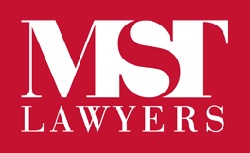 A large number of businesses rely on their Business Interruption (BI) policy to safeguard themselves from financial losses caused due to interruption to the trading. Coverage is provided in a number of different circumstances, including contagious diseases. On the other hand, insurance companies do not want to extend coverage for interruption caused due to pandemics.

This tugging of opposing interests in the midst of COVID-19 pandemic has led to insurance providers declining or attempting to decline claims made by businesses under their respective BI policies. BI policies are legal agreements at the end of the day.

In this article, we cover the test cases initiated before the Australian Courts which will have a significant, if not decisive, effect on the BI claims in this pandemic.

The Insured argued that the grounds put before the Court by the Insurers were not satisfactorily established and reference to the Quarantine Act should not include the Biosecurity Act.

The Court held, amongst other things, that the words "and subsequent amendments" did not refer to new replacement legislation. The Insured had failed to show that something went wrong with the language of the Exclusion Clause warranting the literal meaning of the words to be ignored.

Update: The Board of the Insurance Council of Australia (ICA), which had funded this test case, has applied for special leave to the High Court to appeal the above decision. The High Court has not yet decided the application.

The Plaintiff ("Insured") operates a restaurant, Vanilla Lounge, in Melbourne and held a policy with Vero Insurance ("Insurer") which covered the Insured for loss or damage as a result of the closure or evacuation of the premises due to declaration of a contagious or infectious human disease.

Under the heading "What we do not cover" the following words were provided ("Exclusion Clause") in the policy:

"We will not pay any claim that is directly or indirectly caused by or arises from, or is in consequence of or contributed by:

The Insured commenced proceeding in the Federal Court at the Victorian registry after the Insurer denied the Insurer's BI claim under the insurance policy. The Insured posed a separate question to Court regarding the construction of the Exclusion Clause.

The Court was required to answer whether the Exclusion Clause would operate if the loss caused to the Insured was directly or indirectly caused by or arises from or in consequence of, or contributed by a disease specified in a declaration under the Biosecurity Act.

QBE Insurance provider has initiated its own test case before the Federal Court of NSW [QBE Insurance (Australia) Ltd v David Coyne in his capacity as Liquidator of Educational World Travel Pty Ltd (In Liquidation) & Anor], Federal Court proceeding Number NSD308/2021. This matter is set for hearing later this year.

This is an evolving area of law in relation to a matter of real importance for business.