United States: There's No Doubt What EPA Staff Thinks Should Be The Result Of EPA's Reconsideration Of The PM2.5 NAAQS

Late last week, EPA released an external review draft of the "Supplement to the 2019 Integrated Science Assessment for Particulate Matter." For those of you who don't recall, the original Integrated Science Assessment was the report by EPA scientists that very clearly called for a decrease in the National Ambient Air Quality Standard for PM2.5. It was criticized by the Chair of the Clean Air Act Science Advisory Committee and ignored by Administrator Wheeler, who decided to retain the current PM2.5 NAAQS, even as the evidence continued to pile up supporting a more stringent PM2.5 standard. 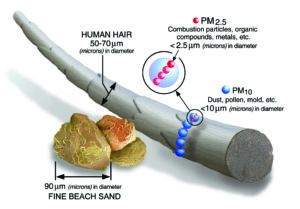 Well, in June of this year, EPA announced that it was revisiting that decision. In support of EPA's review, EPA staff have provided this supplement to the 2019 assessment. The short version? The evidence has continued to continue to pile up. Here's the summary of the summary:

This Supplement to the 2019 PM ISA finds that recent studies further support, and in some instances extend, the evidence that formed the basis of the causality determinations presented within the 2019 PM ISA.

And EPA has undertaken what might be described as a "pre-rebuttal" of the likely criticisms by those who think that the evidence does not establish causation between PM concentrations and increased mortality and morbidity:

Across epidemiologic studies examining both cardiovascular effects and mortality, sensitivity analyses as well as individual studies, further inform uncertainties in the evidence base (i.e., copollutant confounding, control for confounders such as temporal trends and temperature, and the concentration-response [C-R] relationship). Such analyses increase confidence in the relationship for both short- and long-term PM2.5 exposures and both health effect categories, and further support the causality determinations presented in the 2019 PM ISA. (My emphasis).

As I noted previously, I agree with the Trump EPA on only one aspect of the NAAQS-setting process; it takes way to long. EPA has to make a new PM2.5 defensible in court, but it should not take two more years to do so. The evidence has piled high enough.