Since 9 December 2014, Iceland Foods has held an EU trade mark for the word ICELAND in connection with various types of food and drink and the provision of supermarket services. It was recently announced that the Icelandic government (together with a service organisation for Icelandic businesses, SA Business Iceland and the Icelandic tourist board, Promote Iceland) is now seeking to cancel this registration. 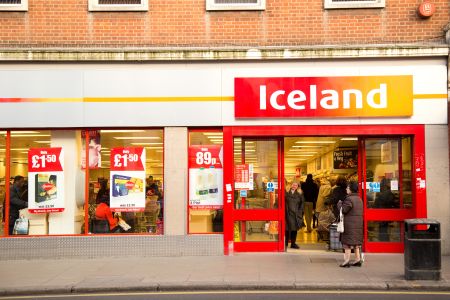 Iceland Foods has been using the name Iceland for 46 years. So why is Iceland (country) only taking action now? According to the Icelandic Ministry of Foreign Affairs website, it is because Iceland Foods has "aggressively pursued and won multiple cases against Icelandic companies which use 'ICELAND' in their representation or as part of their trademark, even in cases when the products and services do not compete". It goes on to state that "the term 'ICELAND' is exceptionally broad and ambiguous in definition, often rendering the country's firms unable to describe their products as Icelandic."

The supermarket chain has, in the past, prevented an Icelandic fish retailer from registering the trade mark ICELAND GOLD. Sources also suggest that Promote Iceland was faced with trade mark opposition proceedings when it applied for the EU trade mark INSPIRED BY ICELAND.

There are unconfirmed rumours that the government's actions have also been fuelled by Iceland Foods'marketing campaign surrounding the successful Icelandic national football team's Euro 2016 campaign and the famous victory over England in the last 16. This involved a prominent sponsorship deal with Iceland's national football team, and resulted in the supermarket chain receiving a flurry of tweets congratulating them on their victory over England, as people evidently confused one type of Iceland for another.

It is easy to understand the frustration felt by Icelandic entities if they are being prevented from promoting themselves in association with their place of origin. It may seem unfair that companies are allowed to register the name of a country as a trade mark, which in turn enables them to block trade mark applications for the same or similar marks. Whilst there are rules preventing the registration of national flags and emblems, there is currently nothing to stop people from registering country names.

It seems unlikely that Iceland has strong grounds to cancel this trade mark. If the application is made on the basis that the word "Iceland" lacks distinctive character in relation to the goods and services for which it is registered, then – given that Iceland Foods had been trading for so many years in the UK and other European countries prior to filing this trade mark application – they will most likely to be able to show that it had by that time acquired distinctiveness through use.

There are other grounds that Iceland (country) could be relying on here, and whatever they are, Iceland (Foods) will need to convince the EU intellectual property office that its trade mark should stay on the register. Having already successfully opposed a number of Icelandic companies' applications for registering trade marks containing the word ICELAND, and overcome obstacles posed by five oppositions during the trade mark registration process for this mark (which may well have involved similar arguments to those put forward by the Icelandic government), Iceland Foods is likely to be well placed to do so.

However, assuming that Iceland does retain its trade mark registration, that does not entitle them to a complete monopoly over the word "Iceland". Iceland Foods cannot stop the use of "Iceland" by third parties in a purely descriptive way to indicate geographical origin. They are only entitled to stop use, as a trade mark, in the course of trade.

It is also worth noting the difference between opposing a trade mark application, which is really about ensuring nobody else registers a conflicting mark, and actively suing people for using it.

If Iceland becomes overzealous in trying to enforce its trade mark against Icelandic companies, relations between the two Icelands may well freeze over altogether.