I was heartened by the recent news that Adidas are dropping their association with Kanye West, following his remarks about Jews, which were somewhere between deeply offensive and bat**** crazy. I was beginning to think that David Baddiel may be wrong when he argues that 'Jews Don't Count' in his excellent book of that name.

And then comes the almost incredible news that the German arm of Kentucky Fried Chicken, purveyors of cheap chicken in a bucket, sent a promotional message to their customers via their app on Wednesday suggesting that they commemorate the anniversary of Kristallnacht with some cheesy chicken. The exact message read "It's memorial day for Kristallnacht! Treat yourself with more tender cheese on your crispy chicken. Now at KFCheese!"

Kristallnacht, or 'The night of broken glass', occurred on the 9th November 1938. It involved numerous attacks on Jewish people, synagogues and Jewish owned homes and businesses. 90 people died and the event was a precursor to the mass-murder that was to come. For some people, who were lucky enough to be able to get a visa for the UK or the USA or another safe haven, Kristallnacht was the last straw in the rise of antisemitism under the Nazis. They escaped from Germany, usually leaving everything behind. Sadly, millions of others could not escape the fate that awaited them, including many members of my own family. 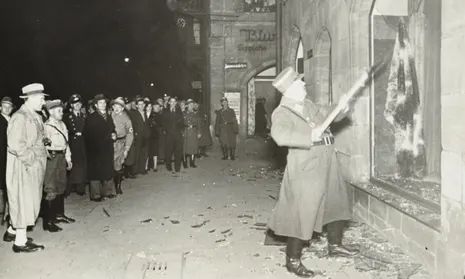 It is reported that after an hour or so, KFC realised their mistake, and sent another message that apparently read "We are very sorry, we will check our internal processes immediately so that this does not happen again. Please excuse this error." Please excuse this error? I know that a favourite antisemitic trope is that Jews are unforgiving, taking an 'Old Testament' attitude to forgiveness, but I am afraid this lame apology cuts no ice with me.

KFC then made a statement to a newspaper, blaming a bot, saying the "automated push notification" was "linked to calendars that include national observances". KFC "sincerely" apologised for the "unplanned, insensitive and unacceptable message". They also said they are reviewing the app messaging functionality. I bet they are.

But then again, as David Baddiel has already observed, perhaps Jews Don't Count.

ARTICLE TAGS
UK Corporate/Commercial Law Diversity, Equity & Inclusion Media, Telecoms, IT, Entertainment Advertising, Marketing & Branding
POPULAR ARTICLES ON: Media, Telecoms, IT, Entertainment from UK
EU Data Act: Questions For Cloud Vendors? (Video)
Kemp IT Law
If enacted, we think the EU Data Act will have important consequences. Chris Kemp examines the issues...
I've Got A Gold-Plated Ticket: Brewery CEO Pays Over $500K To Competition Winners Over False Advertising
Frankfurt Kurnit Klein & Selz
James Watt, co-founder and CEO of BrewDog, a multinational brewery and pub chain, admitted on LinkedIn that he made a "£500,000 mistake" in promoting the company's Willy Wonka-inspired competition in late 2020.
Sotheby's And Forsters - An Owner's Guide To Art - Part 3
Forsters
Buying and owning art can be one of life's greatest joys. But while the drive to own art is often fuelled by an emotional connection with a piece or the prospect of holding a lucrative investment...
Advertising Regulation – What's Coming Up?
Lewis Silkin
In an increasingly complex legal and regulatory landscape, ensuring you are prepared for the latest regulatory changes will be key to future-proofing your business.
What Are The Key Developments In Advertising Regulation To Look Out For In 2023?
Global Advertising Lawyers Alliance (GALA)
On Wednesday afternoon we held our Advertising & Marketing Law Annual Review. We again had a record number of guests tune in, so a huge thank you to all those who attended.
Proposed Changes To D&D Open Gaming Licence Shakes The TTRPG Community
Potter Clarkson
Dungeons & Dragons (D&D) is a cultural staple, providing touchstones, inspiration, and rulesets for media heavy hitters including videogame franchises Neverwinter Nights and Disco...
FREE News Alerts
Sign Up for our free News Alerts - All the latest articles on your chosen topics condensed into a free bi-weekly email.
Register For News Alerts
Article Tags
UK Corporate/Commercial Law Diversity, Equity & Inclusion Media, Telecoms, IT, Entertainment Advertising, Marketing & Branding
Related Articles
Hospitality Market Monitor – 2022 Closures Eclipse Those Of COVID-hit 2021 As Cost Pressures Mount AlixPartners
What Is The Real Purpose Of A Brand? Marks & Clerk
The Art Of Protest: Cultural Objects And Criminal Damage Withers LLP
Building Brands: The Engineering Behind Success Potter Clarkson
Ads & Brands Law Digest: December 2022 Lewis Silkin
Mondaq Webinars
Malta as an e-Money and Payment Services Centre
GVZH Advocates
Considering the Nigerian Start-Up Act & The Opportunities for Tech
Oake Legal
More Webinars
Comparative Guides
Anti-Corruption & Bribery
Artificial Intelligence
Banking Regulation
Blockchain
Cartels
More Guides
Mondaq Advice Centres
UK
Coming to and Investing in the UK
Global
Trademarks in SAARC Countries
More MACs
Upcoming Events
An International Look At Dark Patterns
Lewis Silkin
Webinar London UK
MoFo To Speak At The 2023 GCR Live: Telecoms, Media & Technology
Morrison & Foerster LLP
Panel London UK
Mondaq Social Media