In the recent years, acquiring Turkish nationality through investment has become a highly popular issue among many investors from the MENA region, Sub-Saharan Africa and Asia. In the course of almost four years, since the relevant laws were first introduced in 2017, thousands of foreigners most of whom are originally from the Arab countries could acquire the Turkish nationality by doing investment in Turkey.

It is the fact that there are particularly hundreds of thousand Arab people who have been living in Turkey especially following the post-Arab Spring events in the MENA region. That is to say, a considerable amount of them must be in Turkey for more or less 5 years, thus might have earned the right to apply for the Turkish nationality in general way. Nevertheless, due to the widespread misinformation within the Arab community in Turkey, many of those people do not realize that they have actually earned this right, or they miss their opportunity after taking wrong steps just because of the lack of sufficient knowledge regarding this topic.

In this Op-Ed article, I aim to elaborate the legal requirements for applying for the Turkish citizenship in general way. I also aim to shed the light on some specific aspects of this topic in order to address the misinformation problems within the Arab community.

There is No Guarantee!

First of all, it must be strongly emphasized that to fulfill all the necessary requirements for applying for the Turkish citizenship in general way, which will be mentioned below, does not grant the applicant an absolute right to acquire the nationality. The final decision is totally at the discretion of the Turkish authorities.

As per Article 11 of the Turkish Nationality Code, the necessary criteria to be fulfilled by an applicant are as follows:

For the point 1, there should not be much confusion. Just it can be noted that the concepts of the adulthood and mental competence are defined according to the Turkish Civil Code.

For the point 2, there is not a specific way to prove the aforesaid intention laid out in the Turkish Nationality Code. That said, there are some examples which are directly mentioned: Moving the center of business & commercial activities to Turkey, buying real estate, applying as whole family, completing the education in Turkey, having a first degree relative who has already acquired the Turkish nationality before are considered as the indicators of such intention.

For the point 3, it must be admitted that it is completely a subjective assessment of the authorities. It can be seen that in practice the authorities have mostly dealt with prostitution or illegal drug use/trade related issues and considered them as the nonfulfillment of the point 3.

For the point 6, not any disease but only some specific kind of diseases which can endanger the public health are considered as an obstacle. A comprehensive medical report is one of the required documents for the application and if there is any such disease, that will be shown in that report. It must be noted that only the medical reports by the Turkish full-fledged public hospitals are accepted by the authorities. That is to say, any medical report from a foreign hospital or Turkish private hospitals would not be of use for the application.

For the point 7, there should not be much confusion as the requirement itself is very clear. An applicant can / shall obtain his/her criminal record in Turkey through e-Devlet (e-Government) Portal.

The Most Challenging Point

The point 8 is apparently the most confusing requirement in the eyes of the foreigners. There seems to be a lot of misunderstanding about this point. As per the Regulation pertaining to the Turkish Nationality Code, "living as a legal and duly resident in Turkey for consecutive 5 years" means that an applicant is supposed to having lived in Turkey with the valid residence permits throughout the period of 5 years, and even after the completion of the 5th year, the applicant must still maintain a valid residence permit until the application is made. 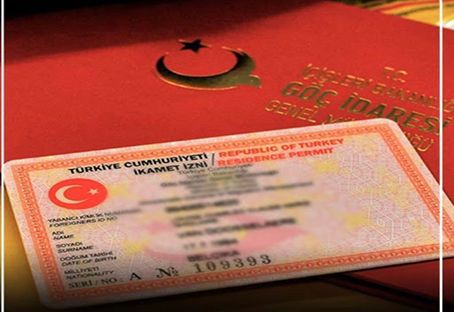 Another important rule is that an applicant must not have spent more than total of 12 months outside Turkey throughout the period of 5 years. Many sources disseminate the wrong information stating that the maximum limit is 6 months, but for sure the limit is 12 months! That said, there are some exceptions to this rule such as the serious health related problems.

Let us clarify the point 8 with an example:

Let us assume that a foreign resident in Turkey completed 5 years in Turkey as follows:

Assuming that this resident has not spent more than 12 months outside Turkey between the given dates, he/she earns the right to apply for the Turkish nationality in general way as of 24.08.2020 because:

CAUTION! Let us do a little change in the given example:

Please focus on the bold written part as it is the only change we did.

No, it is not. So, the calculation actually works in a different way: If the touristic permit is not for one year but just for 6 months, it does not necessarily break the chain of the 5 years! It will be considered just as a time gap spent outside Turkey and taken into account as a part of abovementioned 12 months-limit. If the applicant has actually not spent 6 months or more outside Turkey, then he/she will still have the right to apply for the Turkish nationality in spite of the existence of the touristic residence permit.

PS: Assignment of or at least getting the consultancy from a lawyer is strongly recommended, because coping with the paperwork may be difficult and the application process can take up to 1,5 years.