Netherlands: Avoid The Crocodiles (At All Lacostes)

by Pravin Barthia
ENSafrica
Your LinkedIn Connections
with the authors

It is not uncommon for large retail chains to try to create some sort of link between their own brands and well-known brands. As a recent judgment in the Netherlands shows, they do sometimes come unstuck.

In the Netherlands, there is a large retail chain called Hema. In 2018, Hema launched a range of children's clothing featuring crocodile motifs or logos. There are two versions of these motifs. Version one is a blue shirt that features a single crocodile motif (on the right below). Version two is a grey shirt that is full of crocodile motifs (on the left). 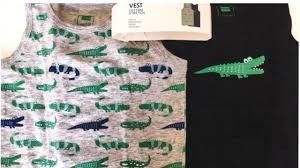 The fashion company Lacoste has, of course, long used a crocodile logo (see below) and it has EU trade mark registrations for this logo that cover clothing. The crocodile that appears on Hema's single-crocodile logo product (version one) is arguably similar to the Lacoste logo – green in colour, large jaws that are wide open and ready to come crashing down, although possibly a little more childish or benign looking. 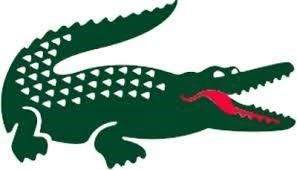 Lacoste has both EU and Benelux trade mark registrations for its crocodile logo in class 25, which of course covers clothing. Lacoste sued Hema for trade mark infringement. It relied on the section of the EU Trademark Regulation that deals with similar marks, similar goods or services, and a resultant likelihood of confusion. It also sued under the section that deals with similar marks and dissimilar goods or services. This section applies where the registered mark has a reputation and the unauthorised use without due cause takes unfair advantage of or is detrimental to the distinctive character or repute of the registered trade mark.

The first court in the Hague held that there was no trade mark infringement. When it came to those multiple crocodiles on a grey garment (version two), the court felt that these would simply be seen as decoration and not as a trade mark. In this regard, the court made the point that the eye would not be drawn to a single crocodile but rather a "sea of crocodiles" (a harrowing experience for any child surely). Another relevant consideration, said the court, was the fact that animal motifs are often used on children's clothing. As for the product featuring the single crocodile (version one,) the court felt that there would be no confusion with the Lacoste brand here either because this shirt was always sold in a package that also contained the grey shirt (version two).

Market surveys often feature in these cases and this was no exception. Here the court rejected a market survey that purported to show that people did associate the crocodiles on Hema's products with Lacoste because it contained leading questions. The survey was further criticised because it had been targeted at the wrong group –the right group, according to the court, was parents and grandparents of young children.

The matter went on appeal. In 2020, the appeal court overruled the earlier decision and held that there was trade mark infringement. The appeal court did accept market survey evidence. The evidence here showed more than 30% of those surveyed felt that both the Hema products (single crocodile and multiple crocodile shirts) came from Lacoste. This despite the fact that the two companies' crocodiles differ. Hema was also ordered to pay legal costs of some EUR31 000.

Reports suggest that this is not the first time Hema has been taken to court in a trade mark matter. It once lost in a case involving Levi's lookalikes, where it was ordered to pay damages of some EUR4.4-million. It has also been taken to court by a wine maker for using a tulip logo.

There are clearly lessons for large chains here. It is obviously very tempting to sell lookalikes, in other words, mimic famous brand names or logos in the hope of shifting product. But there are real risks involved here. African companies would be well advised to tread very carefully and to seek legal advice before putting a foot in the water.

It's also worth noting that, although survey evidence was accepted here, such evidence is often rejected because of perceived shortcomings. This is an issue that needs to be considered very carefully when litigation is contemplated.

In conclusion, we wish to acknowledge the following sources that were very useful: