case one: the "revolutionary" lipstick

The French company, Guerlain, filed a trade mark application in the European Union (EU) to register the shape of one of its lipsticks - there is a representation of the trade mark in this article, an article that I found very helpful. Read article here.

Applications for shape trade marks seldom go smoothly and this was no exception. The application was rejected on grounds of non-distinctiveness, with the argument being twofold. The shape does not depart sufficiently from the norm, and consumers will not perceive the shape as a badge of origin, in other words a trade mark. The case went on appeal to the Board of Appeal, which upheld the refusal. But Guerlain persisted and took the matter up to the General Court. 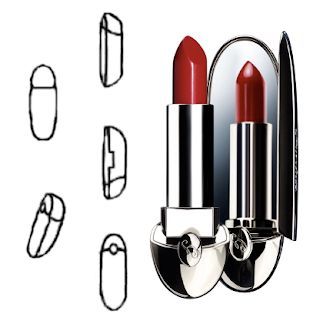 The General Court took a different view from the Board of Appeal. It held that the trade mark is visually distinguishable from other lipstick products. Among the reasons:

The court was seemingly also impressed by the fact that the shape had been lauded in the media, where it had been described as "revolutionary!"

The court went on to say what courts always say in these matters, which is that the distinctiveness test for a shape mark is the same as for any other type of mark. Except that it isn't really, because the authorities take the approach that consumers generally don't perceive the shape of a product or its packaging as a trade mark. Which means that in order to be registrable, a product shape must in fact depart significantly from the norms and customs of the industry.

The court said that this was the case here - the memorable shape of the lipstick would clearly be seen as something departing from the norms and customs of the industry. Consumers would therefore regard it as a badge of origin. So the trade mark application should be allowed to proceed.

If you're someone who's not very fussy when it comes to coffee you may well own a Nespresso. For the benefit of the uninitiated, having a Nespresso means that you never have to dip a spoon into a jar of coffee. What it does mean is that you have to have a ready supply of capsules, with a single capsule making a single cuppa. Nestle, the company that brought you Nespresso, obviously makes capsules for Nespresso machines. But other companies have started making capsules that are compatible with Nespresso machines, and one of those companies is called Ethical Coffee Company. 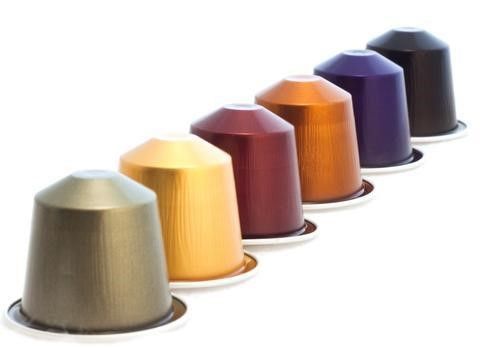 In coming to this conclusion the court said that the shape of the capsule is "technically necessary" for use on Nespresso machines, thus excluding it from trade mark protection. In the process it referred to some famous earlier cases involving Lego and Philips. The court also made the point that trade mark law must fit in with the free-market system, which means that alternatives to products must be assessed strictly. This court's finding is in line with an earlier finding of the German courts, where a Nespresso registration was also cancelled. This article was very useful, read more here.

a few words about South Africa

It's worth knowing that the South African Trade Marks Act also has a prohibition on shapes that are technically necessary. Section 10(5) denies registration to "a mark which consists exclusively of the shape, configuration or colour of goods where such shape, configuration or colour is necessary to obtain a specific technical result, or results from the nature of the goods themselves."

This is a tricky and important area of IP law and we would be happy to answer your queries.