Worldwide: First Cayman Company IPO And Listing On SGX-ST In Over Four Years

The offering comprised a placement tranche of 18,696,000 shares and a public tranche of 3,000,000 shares, both of which were oversubscribed. The shares were offered at S$0.66 (US$0.49) per share. The joint underwriters and book runners for GHY's IPO were DBS Bank Ltd., UOB Kay Hian Private Limited and Bank of China, Singapore Branch.

Concurrent with GHY's IPO, 10 cornerstone investors agreed with GHY and two vendor shareholders to subscribe for and purchase an aggregate of 162,706,000 shares in GHY (Cornerstone Shares).

The gross proceeds from GHY's IPO and the issuance and sale of the Cornerstone Shares were approximately S$121.7 million (US$90.73 million). GHY intends to use most of its share of the net proceeds of approximately S$101 million (US$75.3 million) to expand its TV programme, film and concert production businesses by investing in productions, acquisitions, joint ventures and/or strategic alliances.

Conyers' Singapore office acted as Cayman Islands legal counsel to GHY in connection with its listing on the SGX-ST and IPO, with a team comprising Preetha Pillai (director), Stacie Seetho (associate) and Fadhilah Tan (paralegal), who worked alongside Rajah & Tann Singapore LLP, Christopher & Lee Ong, Commerce & Finance Law Offices, Deacons and King & Wood Mallesons. Aside from advising on the Cayman Islands legal aspects of the project, the Conyers team also provided advice from the British Virgin Islands (BVI) legal perspective, particularly in relation to the sale of shares by a BVI incorporated vendor to the Cornerstone Investors.

The GHY Group is an entertainment business that focuses on the production and promotion of dramas, films and concerts in the Asia-Pacific region. It has produced several well-received dramas and films in the PRC, Singapore and Malaysia that have been broadcasted and/or distributed on TV networks and video streaming platforms in the PRC. The Group has also started production of its first online short drama series and has undertaken the production of concerts for well-known international artistes in Singapore, with upcoming concerts to be held in Singapore, Malaysia and Australia. The Group also provides talent management services and costumes, props and makeup services in the PRC and Singapore.

What is the significance of this Singapore IPO?

Singapore is a major commercial and financial centre for Asia Pacific and an important regional hub for business in Southeast Asia. Singapore's stable political and legal system is a key strength and its push to be more competitive in recent years has enhanced its attractiveness as a financial centre. In these times of economic and political uncertainty, there is a growing expectation that Singapore will benefit as clients look for viable alternative destinations to list. With its robust market oriented, disclosure-based regulatory regime, the SGX-ST is recognised as one of Asia's leading bourses, attracting both local and international investors.

With its sophisticated and effective legal system based on English common law, well-developed infrastructure and industry services and a deep pool of business and intellectual capital, Cayman is well respected by the international community and familiar to regulators and investors alike. The use of a Cayman Islands company as the listing vehicle by the Group shows that Cayman continues to provide clients with a viable option when considering the structuring of their listing group. 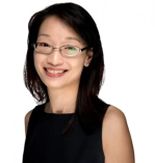