by Sabina Schellenberg , Nicola Benz and Stéphanie Oneyser
Froriep
Your LinkedIn Connections
with the authors 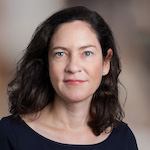 Licences – whether relating to technologies, trademarks, images, audiovisual materials or software – are increasingly important corporate assets. The insolvency of a licensor or licensee can have diverse implications for the fate of those assets, depending on factors such as place of jurisdiction, applicable law, the insolvency mechanisms available and their effect on such agreements.

What effect does a licensor filing for insolvency have on a licence?

The answer depends not only on the terms of the licence agreement and the law that governs that agreement, but also on the laws of the place where the insolvent party is located.

Under Swiss law, a contract will not automatically be terminated due to the opening of bankruptcy proceedings over a Swiss company. Whether a contract can be terminated on insolvency depends on the law and the agreement that governs the contractual relationship.

If there is no option for termination, the bankruptcy officer of an insolvent company may choose whether to enter into a contract. If the officer chooses not to do so, or does not make an express choice, the counterparty (the solvent party) is left with a claim that may be filed in the bankruptcy. The bankruptcy officer typically has an interest in winding down the company as quickly as possible, not in continuing it as a going concern, and so will often choose not to enter into long-term contracts.

What effect does a licensee filing for insolvency have on a licence?

If there is no contractual option to terminate the licence agreement, the bankruptcy officer can enter into the contract, but can also decide whether to enter into part of a contract only (Article 211a(2) of the Bankruptcy Act). This might mean, for example, entering into a patent licence with respect to certain patents or certain territories only. Claims for performance then rendered are claims against the bankrupt estate rather than claims in bankruptcy, and so have a higher chance of being paid. Claims for the period before bankruptcy is declared and claims under the contract that do not relate to performance rendered remain as claims in bankruptcy.

How and when must the party filing for insolvency let the counterparty know that it has entered into insolvency proceedings?

The opening of bankruptcy proceedings is officially published in the Official Gazette of Commerce and the entry of the company in the commercial register is amended accordingly. However, there is no explicit legal duty to inform a counterparty of insolvency proceedings. A respective duty of notification must be set out in the licence agreement. In that case, the question that arises is what the consequences are if the party filing for insolvency does not inform the counterparty. If the conditions are met and the party that filed for insolvency failed to inform the counterparty despite its contractual duty, the counterparty may file a claim in the other party's bankruptcy because of the breach of contract. However, this claim will be treated as an unsecured and unprivileged claim.

If insolvency was not contemplated at the time the licence was entered into, can the terms of the licence subsequently be altered to include insolvency-related provisions if one of the parties becomes insolvent? If so, how?

Such clauses (eg, termination of the agreement) must be included when the licence is entered into.

Once bankruptcy proceedings are opened, there are only limited possibilities to continue the contract and to negotiate in relation to the contract.

In the event of insolvency, how can the fair value of a licence be determined? What parameters might be useful in sourcing an external auditor to perform this valuation?

The date and place of the public auction are published in the respective cantonal gazette, but many interested persons – in particular the individual who could make the stakes rise – are often unaware that such a public auction takes place. Thus, often the prices offered during these public auctions are low – far below the fair value of the licence. For individuals who know that a licence will be auctioned and who are interested in the licence, it can be a real bargain.

What happens if the receivers sell on the licence to a third party?

There may potentially be an exception to this for licences that are fully paid up at the time of the bankruptcy. It is untested in Swiss law, but it may be possible to turn a licence into a quasi-purchase by payment of a one-off lump sum at the outset for a perpetual exclusive licence. The position of the licensee may be further improved by registering the licence in the patent or trademark register. In this case, it may be that the licensee could challenge the onward sale of the licence.