by Parveen Arora , Suruchi Kotoky and Tanmay Verma
BTG Legal
Your LinkedIn Connections
with the authors

Payment delays in power sector is a major concern for all the stakeholders. From time-to-time, various governments have tried to address the issue, and LPS Rules can be considered as government's initiative to bring down the outstanding payment balance.

These Rules revolves around the subject of Late Payment Surcharges ("LPS"), which are defined as charges payable by a DISCOM to a GENCO or electricity trading licensee for power procured from it, or by a user of a transmission system to a TRANSCO, on account of delay in payment of monthly charges beyond the due date.

While the focus has been clearly shifted to timely payment, it is still pertinent to throw some light on few game-changing provisions linked with the LPS Rules. Accordingly, we provide below the key definitions and implications linked with LPS Rules. 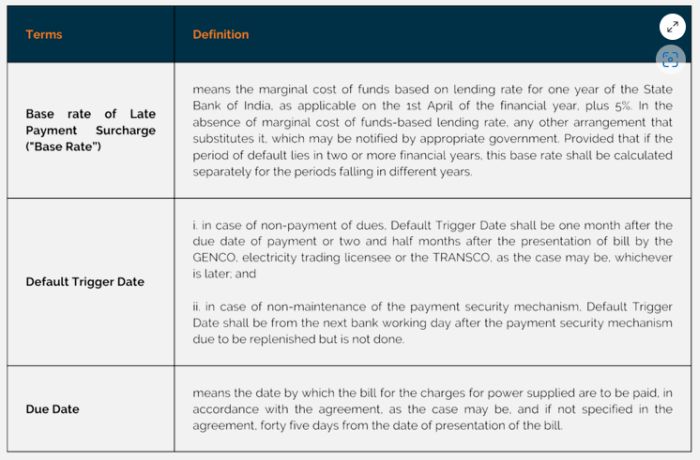 The first due date for payment of EMI will be the fifth day of immediate month that comes after 45 days from notification of LPS Rules, whereas subsequent EMI shall become due on fifth day of the subsequent months. In the event, DISCOMs makes timely payment of the installment, LPS will not be payable on outstanding dues w.e.f. June 3, 2022. However, in case of delay in payment of installment, LPS will become payable on the entire outstanding dues as on June 3, 2022.

What it means for the stakeholders?

Needless to mention that to achieve challenging targets of renewable energy, all around progress of the sector is very essential. Only installation or commissioning of the projects may not be sufficient, but sustenance of each project needs to be ensured, and to sustain a project, timely cash flow plays a pivotal role.

By way of introducing the new EMI installment mechanism for payment of outstanding amounts, the LPS Rules have deferred the timelines for payment of outstanding amounts from the dates previously agreed between GENCO and distribution companies vide their agreements, which might come up before adjudicatory body for adjudication as such deferment may not be favorable for such GENCOs, whose dues are pending from a very long time.