This decision concerns a media management application. However, the effect produced by said application was considered non-technical by the EPO. Here are the practical takeaways from the decision T 2950/18 (Managing media in a network) of May 5, 2021 of Technical Board of Appeal 3.4.07:

The subject-matter of the European patent application underlying the present decision was summarized by the Board in charge as follows:

The application relates to utilising a media management application to manage, control and/or render media from a collection of digital media files in a network. The proposed invention allows a user to browse, search, manage or render content from multiple servers in the network. The user may view a visual representation of active media connections between the available servers and the available rendering devices connected to the network (description as published, page 1, lines 8 to 18).

Figure 6 illustrates a connections sub-view of a media management application disclosed in the application and is further described in the description, page 37, line 8, to page 39, line 30. The connections sub-view displays a graphic representation of media flowing between the servers and the rendering devices. The user may interact with this graphic representation to control the media flow between devices. 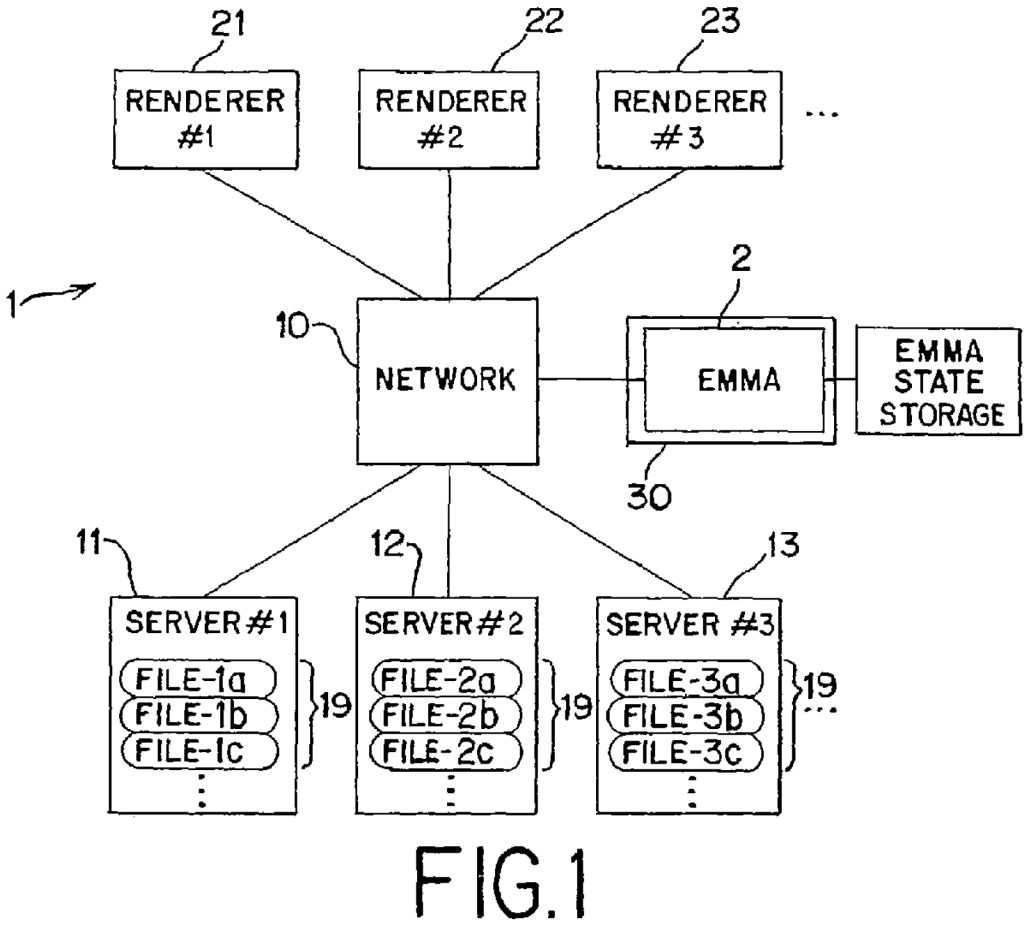 At the end of the examination phase, the examining division rejected the present application due to lack of inventive step. In its statement of grounds of appeal, the appellant argues as follows:

3.4.1 In its statement of grounds of appeal (page 4, second paragraph), the appellant essentially agrees that the distinguishing features over document D1 relate to the graphic representation displaying a first list of icons according to feature B and a second list of items that is, according to the last part of feature C, displayed as icons simultaneously with the first list of icons and wherein a connection between an icon of the first and the second list of icons indicates the selected transmission of a media file from a server to a destination (feature F of claim 1).

3.5 In its statement of grounds of appeal (last paragraph of page 4, first paragraph of page 5), the appellant submitted that the display of a graphic representation as specified in claim 1 provided users with feedback on their selection of the rendering device to which the media file is to be transmitted. Displaying graphic indications provided a representation of media flowing between the servers and the rendering devices (see description, page 37, lines 27 to 29) and allowed a user to monitor how media was transmitted between devices. This made it easier for the user to track transmission of media, envision a functional picture of the network, and manage and/or troubleshoot the network (see description, page 6, lines 10 to 21).

According to the appellant, the objective technical problem could be considered to be how to enable the user to more effectively and efficiently manage media transmissions in the network (statement of grounds, page 5, third full paragraph).

However, the Board in charge did not follow the appellant's line of argumentation because it considered the distinguishing feature over the cited prior art as non-technical:

3.6 The board considers that the distinguishing features do not contribute to solving a technical problem. It agrees with the examining division that the particular manner of presenting the network and the transmission (displaying two lists of icons representing servers and rendering devices simultaneously and displaying connections between servers and rendering devices) concern aspects that are directed to graphical representations of information in a manner particularly appealing to some users ("intuitive"). The board considers that these particular aspects concern merely the manner in which the information is presented and do not contribute to the technical character of the claimed invention.

Hence, the Board ignored the non-technical feature for assessing inventive step and arrived at the result that the subject-matter as claimed is rendered-obvious by the cited prior art. Thus, the Board in charge dismissed the appeal.