Malta: Seven Reasons Why Aviation Is Moving To Malta

What is triggering this move? EU Membership? A safe and sunny island?

The aviation sector in Malta has recently experienced significant growth, with the Maltese aircraft register listing over 500 aircrafts and the number of Air Operator Certificate (AOC) holders approaching 40. Here are seven reasons pushing this growth. 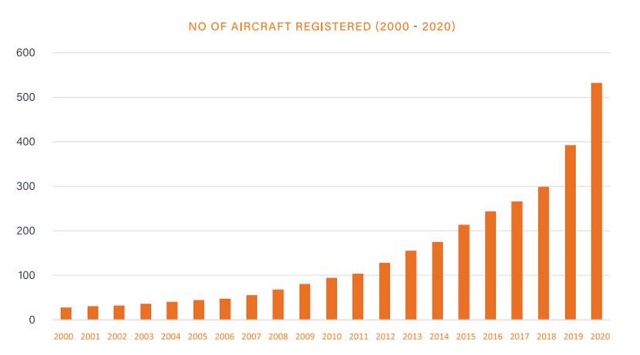 1. Ratification of the Cape Town Convention

The Cape Town Convention (CTC) is an international agreement which provides legal certainty to owners, aircraft operators and parties in transactions such as leasing. Not all countries ratified this convention but Malta did. The CTC established a centralised system for the registration of aircraft ownership, liens, leases and contracts, thus permitting financiers of Malta-registered aircraft ease of enforcement of their registered security rights in each jurisdiction signatory to the Convention. The CTC also establishes the right of owners of aircraft to grant an Irrevocable De-Registration and Export Request Authorisation (IDERA) to a secured party.

Other important features of ARA are:

Securitisation is a structured approach to raising finance or to convert illiquid assets into cash. Originators set up and transfer assets to a special purpose vehicle financed by investors. The Malta Securitisation Act, in force since 2006, scopes in a wide variety of assets that may be securitised including aircraft, helicopters and space assets. Special tax deductions are allowed in securitisation transactions that enables tax efficient structuring. It is also possible to set up cell companies whereby assets and liabilities of each cell are protected from those of other cells within the same company.

Tax incentives are available to both companies and individuals. At a corporate level, all aircraft parts may be tax depreciated over an accelerated period of four years. No withholding tax is imposed on dividends, interest and royalties, including lease payments irrespective of the residence state of the lessor. A special source rule deems income from international air transport as arising outside of Malta thus enabling certain entities not to be subject to tax on such income. At a personal level, a 15% personal tax rate applies to certain expats working in aviation.

Malta is home to some well-known Maintenance, Repair and Overhaul ('MRO') entities such as SR Technics and Lufthansa Technik which provide D check maintenance services to both narrow bodied and wide bodied aircraft and which together employ around a thousand people. Despite its geographic size, Malta has several runways, the longest of which is 3.5km and has been visited by the A380 several times.

The hundreds of people working on the ground in Malta with private jet companies such as Comlux and VistaJet have created a growing aviation community on the island. Accounting and law firms also support such companies through their own experienced aviation specialists.

Malta's aviation authority, Transport Malta, does not have a complex hierarchy but is made up of a business-friendly aviation team. Its agenda is to attract not only large aircraft operations but also aircraft operations which might be too small for large countries to consider important or relevant.