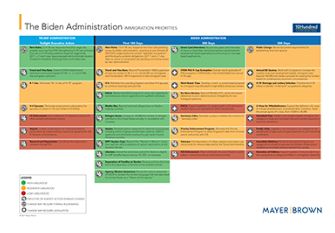 As anticipated and indicated in our " heat map" of immigration actions during the first 100 days in office, the Biden administration has withdrawn a rule proposed by the Trump administration that would have eliminated work authorization for the H-4 spouses of certain H-1B visa holders.  The decision to withdraw the rule will allow the H-4 dependent spouse of an H-1B nonimmigrant who:

to continue to file Form I-765, Application for Employment Authorization for an Employment Authorization Document (EAD).  Under AC21 § 106, an H-1B nonimmigrant can receive H-1B status beyond the six-year maximum, in one-year increments, if 365 days or more have passed since either an application for Alien Labor Certification (Form ETA 750A-B or ETA 9089) or a petition for immigrant worker (Form I-140) has been filed on the nonimmigrant's behalf.  According to a Cato Institute analysis published last summer, an estimated 90,000 H-4 spouses, some 87 percent of whom are Indian nationals, hold work authorization under the Obama-era regulation. The Trump administration had signaled shortly after the 2017 inauguration that it was planning to do away with H-4 work authorization, thus sowing seeds of uncertainty and fear within the Indian nonimmigrant community.  The swift action by the Biden administration has put those fears to rest for now.