United States: Precedential No. 34: "IFG" Fails To Function As A Trademark For Live Plants Because It's A Varietal Name

In a decision of importance to trademark practitioners who labor in the varietal plant field, the Board held that "proposed marks that constitute the prominent portion of a varietal denomination are unregistrable under Trademark Act Sections 1, 2, and 45 because they are generic for the varietals they identify" and therefore "incapable of functioning as a trademark." And so, the Board refused to register the proposed mark IFG for "Fresh fruits and vegetables; live plants; live trees; live grape vines; live plant material, namely, live grape vine material, live plant material and live tree material." In re International Fruit Genetics, LLC, 2022 USPQ2d 1119 (TTAB 2022) [precedential] (Opinion by Judge Angela Lykos). 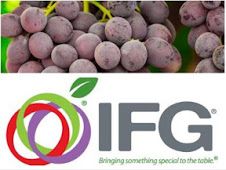 The CAFC in In re Pennington Seed Co., 466 F.3d 1053, 80 USPQ2d 1758, 1761-62 (Fed. Cir. 2006), upheld the USPTO's long-standing precedent and practice of treating varietal names as generic, affirming the Board's ruling that the term "Rebel," as a varietal name for a type of grass seed failed to function as a mark. The CAFC explained that an entity that is the source of a varietal may use a particular term as a trademark for its specific varietal, but it must be clear that there is also a generic name for the varietal. "This notion reflects the Board's earlier decisions that if the term is used as a designation of source (i.e., a trademark) and there is a different varietal designation, the term may be registrable."

The Board agreed with the applicant that IFG, by itself, is not the entire varietal name for applicant's identified goods. However, the USPTO's evidence established that the initialism IFG is the first component of numerous varietal names for grapes, grapevines, grapevine plants, sweet cherry trees and cherries, goods that are encompassed within the scope of Applicant's identified goods.


Thus, the questions before us are: (1) is the prominent portion of a varietal name barred from registration under Trademark Act Sections 1, 2, and 45 because varietal names are the equivalent of generic designations; (2) if so, does the record show that IFG is a prominent portion of the varietal names of record for the identified goods; and (3) does this constitute an absolute bar to registration given Applicant's prior valid and subsisting trademark registration of the same mark for "Live plants, namely, table grape vines, cherry trees" where such registration issued prior to the application filing dates of any of the plant patents or plant breeder's rights (i.e. PVP certificates under U.S. law) and purported prior trademark use?

As to the first question, the Board followed Pennington Seed in concluding that "[g]ranting an applicant a trademark registration for the prominent portion of a varietal name would be anticompetitive since it would be allowing one entity to have exclusive trademark rights in a generic term." Moreover, "[t]o hold otherwise would be a breach of U.S. obligations under the UPOV convention."

As to the second question, the Board followed In re Delta & Pine Land Co., 26 USPQ2d 1157 (TTAB 1993) (upholding a refusal to register DELTAPINE, which was a portion of the varietal names Deltapine 50, Deltapine 20, Deltapine 105 and Deltapine 506 for cotton and soybean plants) in finding that IFG is the prominent portion of each of applicant's varietal names (for example, "IFG Cher-seven"). "Consumers are likely to focus on the initial letter string 'I-F-G' and pronounce it as such in calling for the goods."

As to the third question, the Board concluded that applicant's ownership of a registration for IFG for partly identical goods ("live plants, namely, table grape vines, cherry trees") did not alter the result here. After filing the underlying application for that prior registration, applicant selected IFG as the initial term in subsequently filed applications for plant patents with the USPTO, and for PVP protection with the Plant Variety Protection Office of the Department of Agriculture.


Thus, when a purchaser asks for any of Applicant's patented or PVP protected goods, it "has no other name to use but its designated name." Pennington Seed, 80 USPQ2d at 1762. Applicant could have chosen a designation other than IFG to associate as a brand name and file for trademark protection. Instead, cognizant that such varietal denominations would eventually become the generic designations upon the expiration of plant patent and PVP certificate protection, Applicant risked the integrity of its IFG trademark by using IFG to name new varietals. Applicant cannot now inhibit current and future public use of these varietal denominations because of its decision-making.

The Board brushed aside applicant's patently erroneous assertion that because its prior registration is "incontestable" [i.e., more than five years old - ed.] it is immune from a genericness attack. Under Section 14(3), genericness claims are not time-barred and can be brought "any time if the mark becomes the generic name for the goods."

The Board showed no sympathy for the applicant: "By making a deliberate decision to select IFG as the prominent portion of the varietal names of the identified goods, Applicant self-abrogated its own trademark rights, exposing its prior trademark registration to potential cancellation in an inter partes proceeding."