United States: It May Be "Simply The Best" That Tina Turner Sells Her Iconic Catalog To BMG 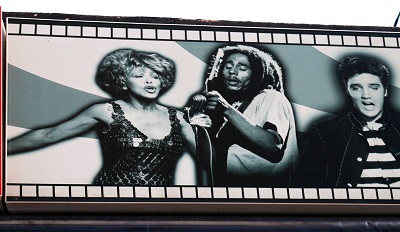 Fubo Gaming Joins With Cavs for Head Start on Ohio Betting Market
October 6, 2021 via Sportico – Business (subscription may be required)
As Fubo Gaming prepares to launch its sportsbook entrant later this year, the company has signed a multi-year sponsorship deal with the Cleveland Cavaliers, looking to increase its brand recognition in Ohio before the state legalizes sports betting.

Reports Meghan Markle Could 'Launch Her Own Cosmetic Line' After Quitting Royal Life
October 6, 2021 via Daily Star
Meghan Markle has stoked speculation after reportedly meeting with a boss from marketing company Guthy-Renker, which has a history of using celebrities to endorse products. Meghan Markle could be set to launch her own cosmetic line.

Leonardo DiCaprio Is Betting on Cell-Based Meats
September 29, 2021 via Longevity LIVE
Known for his conservation and humanitarian work, the actor has even produced films and spoken out publicly about the environmental crisis. But DiCaprio is also putting his money where his mouth is and, according to VegNews, he has invested in cell-based meat companies Aleph Farms and Mosa Meat.

Lamar Odom Reveals His Latest Investment in Boxing
October 2, 2021 via HotNewHipHop
After fighting Aaron Carter a few months ago, there is no doubt that Lamar Odom is a fan of the Celebrity Boxing brand. While speaking to TMZ, Odom revealed he is now a part-owner in the brand and that he plans on doing a lot more fights in the near future.

Amazon Prime Preps for Second NFL Postseason Appearance
October 4, 2021 via Sportico - Business (subscription may be required)
Amazon Prime Video in January will simulcast its second NFL Wild Card game, and while the final assignments have yet to be locked in, it's likely that the streaming service will once again pair up with CBS in one of the two Sunday time slots.

Disney on Ice Just Got a Whole New Meaning
October 2, 2021 via Newsbinding - Top Stories
It's been 16 years since the house that Walt built last had an NHL game broadcasted on their platforms. However, this October that all changes with a groundbreaking seven year deal that ensures the Walt Disney Company has the television, streaming and media rights to the greatest sport on ice.

Flickonic Announces First Celebrity Endorsement From Chris Geere of the NBC's Hit Show, This Is Us
October 6, 2021 via IT News Online
Flickonic, a one-of-a-kind social media app, launched with the purpose of reviving the social aspect that existed in the era of scheduled TV. They announced their endorsement from one of the main stars of the hit show, "This Is Us," actor Chris Geere.

Tom Arnold Is the Latest Celebrity to Endorse MindStir Media, a Top Self-Publishing Company
October 5, 2021 via LatestLY
MindStir Media has been endorsed by Shark Tank's Kevin Harrington and Mariel Hemingway, the granddaughter of Ernest Hemingway. Now MindStir is adding Tom Arnold to the mix. Arnold recently praised MindStir Media in a short video posted on the company's YouTube channel.

Another Blockbuster Deal: Tina Turner Sells Entire Catalog to BMG
October 5, 2021 via Rolling Stone Magazine (subscription may be required)
Tina Turner has sold her music rights to BMG, the company's CEO Hartwig Masuch tells Rolling Stone — marking the latest event in the trend of major legacy artists cashing in on their copyrights.

Can the R. Kelly Verdict Lead to a Shift in the Music Industry?
October 2, 2021 via Exec Review
Kelly's guilty verdict has been marked as an overdue symbol of reckoning for Black women and girl survivors. We're yet to see what this trial means for the music industry, though – how likely is this outcome to inspire a watershed moment of transformation?

Justin Bieber Breaks Into Cannabis Market With 'Peaches' Joints
October 4, 2021 via New York Post
It's Justin Bieber's latest joint venture. The Canadian singer is breaking into the cannabis space, teaming up with the Los Angeles-based recreational-pot company Palms Premium to peddle pre-rolled joints that he's calling "Peaches," a nod to one of his most successful recent songs.

Tory Lanez Released an 'NFT Album,' and Then Things Got Extra Weird
September 30, 2021 via Greenwich Time
Last month, Lanez partnered with a platform called E-NFT to release his new album 'When It's Dark' as an NFT. Across social media, disgruntled fans say they feel duped by the rapper's NFT release.

Republic Is Bringing Music Investing to the Masses With Artists Lil Pump and KSHMR Through Security NFTs with Opulous
October 6, 2021 via Yahoo Finance - Top Stories
Republic, a leading investment platform, announced today that they will begin hosting opportunities to invest in music royalties through their latest launch, Republic Music. The first artists slated to pioneer the movement are rap royalty Lil Pump and powerhouse DJ and producer KSHMR.

Lil Nas X Chosen by TikTok to Headline Platform's NFT Project
October 1, 2021 via Yahoo Finance - Top Stories
TikTok is getting into the non-fungible token game with a debut collection featuring rapper and singer Lil Nas X. Popular social media platform TikTok announced that it will be releasing its first NFT collection in November 2021.

These Arizona College Athletes Could Make the Most Money on NIL Endorsement Deals
October 2, 2021 via Biz Journal - Southwest News
The Venezia's-Daniels deal has the student-athlete Jayden Daniels posting about the pizzeria on his social media pages, while the restaurant named a new specialty pizza after him, who will receive a percentage of each JD5 pizza sold. Experts said small businesses like Venezia's could be the big winners of NIL.

Thanks to New NCAA Rules, Student-Athletes Are the Hottest New Entrepreneurs
October 1, 2021 via Entrepreneur Magazine
Collegiate players are capitalizing on the ability to freely market their name, image and likeness, but does trouble lie ahead?

What Puma's Potential Deal With High School Basketball Player Mikey Williams Could Mean for Teen Athletes
September 29, 2021 via Footwear News
We're nearing the day when a high school athlete could sign an NIL deal with an athletic footwear powerhouse. Shams Charania, NBA insider with The Athletic and Stadium, broke news via Twitter yesterday that Puma is reportedly close to signing an endorsement deal with Mikey Williams, a high school basketball player.