Our survey analyzed the terms of 229 venture financings closed in the fourth quarter of 2020 by companies headquartered in Silicon Valley.

All series of financings, and Series D and E+ financings in particular, recorded stronger valuation results

Valuations broadly strengthened across all industries

Use of senior liquidation preferences and participation rights declined

PRICE CHANGE—The direction of price changes for companies receiving financing in a quarter, compared to their prior round of financing were as follows: 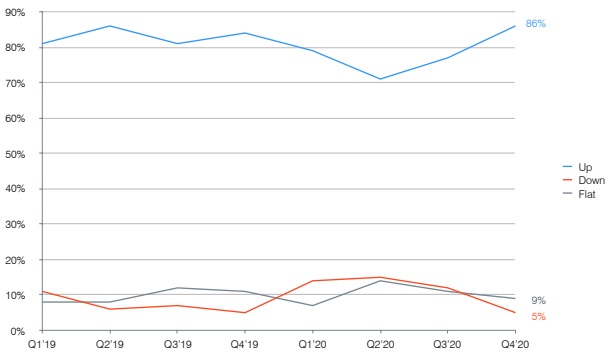 The percentage of DOWN ROUNDS by series were as follows:

EXPANDED PRICE CHANGE GRAPH—Below is the direction of price changes for each quarter since 2004. 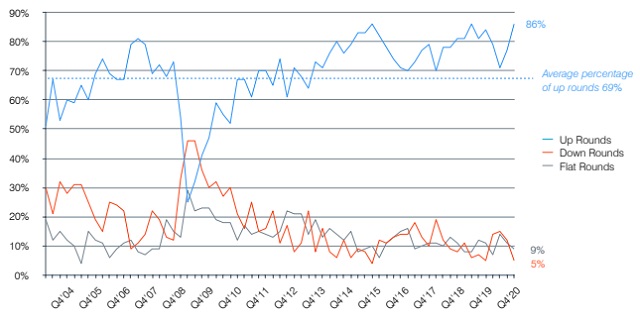