United States: Congressional Map Redistricted In California: What To Know

by Dennis A. Cardoza , Jennifer Walsh , Kate Merrill and John R. West
Foley & Lardner
Your LinkedIn Connections
with the authors

Late last month, California Secretary of State Shirley Weber signed off on new congressional and state legislative maps based on an updated population count from the 2020 census. An independent redistricting commission for the state of California unanimously approved new congressional and state legislative maps a week prior. Maps were re-drawn by a 14-member independent commission comprised of a diverse group of Republican, Democrat, and Independent community leaders throughout the state that had to apply for the position. California's requirements for this process can be found here. 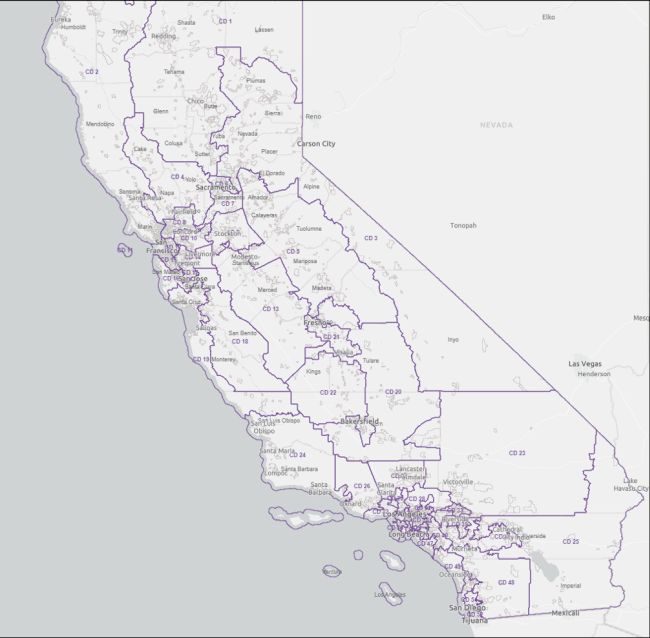 With Republicans slated to win back the House of Representatives, the new California map represents a chance for Democrats to potentially minimize losses and pick up seats held by Republican incumbents. As a state that has been key in changing majorities in the House, Southern California and the Central Valley represent competitive areas that will be of focus for both parties in 2022. The newly approved map will now be sent to the Secretary of State, where it is expected to be approved and signed into action. The new map will take effect with the 2022 primary elections, which will be held on June 7th. Candidates have until March 11th to file for the 2022 primary.

Not only are congressional districts impacted by the redistricting process in California, lines for the State Assembly and Senate are also redrawn for 2022. Thus far, 16 incumbents across both the state Assembly and Senate have announced that they are retiring. In 2022, all 80 seats in the Assembly and 20 seats in the Senate will be up for election, providing the potential for a large freshman class. The key caveat for Assembly members is that they must live in the district that they represent, therefore with the redrawing process Members often change districts.

Democrats' control of the Assembly could increase under the new maps, while their majority in the state Senate could shrink in 2022. In the Assembly, pundits have projected that 63 of the 80 seats are solid Democratic. In the Senate, three districts are flipping from Democratic to a Republican-lean, while only one district has been flipped to favor Democrats.

Key updates on the Assembly seats: