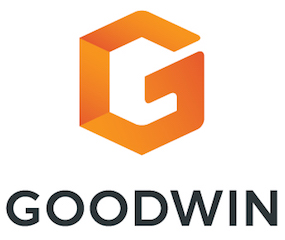 by
Goodwin Procter LLP
To print this article, all you need is to be registered or login on Mondaq.com.
Vol. 1 No. 49

The Securities and Exchange Commission ("SEC") recently issued guidance for public companies, investment advisers, and investment companies, among others, regarding Year 2000 disclosure obligations. The Release encourages companies with quarters that end on June 30th or July 31st to consider the disclosure requirements of the Release in their upcoming quarterly reports on Form 10-Q. Companies with June 30th or July 31st fiscal year ends must follow the guidance in the Release when they file their annual reports on Form 10-K, and companies filing quarterly reports on Form 10-Q for quarters ending after August 4, 1998 must also follow this guidance.

The Release also discusses a variety of ways that the Year 2000 issue may affect financial statements and accounting. In addition, the Release sets forth specific suggested disclosures, and, as noted above, provides guidance for investment advisers and investment companies. For example, the Release reminds investment advisers that the anti-fraud provisions under the Investment Advisers Act imposes an affirmative duty to inform clients as to whether Year 2000 issues could materially affect advisory services, and whether the adviser will not be able to address Year 2000 issues, or is uncertain about its ability to do so. Similarly, the Release reminds investment companies that registration statements and other filings could be deemed misleading and in violation of the Investment Company Act if material Year 2000 issues are not addressed. The SEC stated that whether Year 2000 issues are material to an investment company depends on the extent to which they affect the company's operations, portfolio investments and services provided by third parties. The Release supersedes revised Staff Legal Bulletin No. 5 and is effective August 4, 1998. SEC Release Nos. 33-7558; 34-40277; IA-1738; and IC-23366.

The SEC has finalized rules that will require certain broker dealers and transfer agents to file reports describing the status of their Year 2000 compliance efforts. Specifically, the SEC has amended Rule 17a-5 under the Exchange Act to require each broker dealer with a minimum net capital requirement of $5,000 or greater to file "check-the-box" reports with the SEC and its designated examining authority describing its efforts to address the Year 2000 problem. Each broker dealer with a minimum net capital requirement of $100,000 will also be required to file a more detailed narrative discussion of Year 2000 compliance efforts. The reports will be due August 31, 1998 and April 30, 1999. In a related action, the SEC has adopted a new Rule 17Ad-18 under the Exchange Act that will require non-bank transfer agents to file Year 2000 reports with the SEC by August 31, 1998 and April 30, 1999.

On July 22, the OCC issued a new version of its Large Bank Supervision Handbook. The new handbook has been designed to help examiners develop more detailed risk profiles of 80 national banks with assets of more than $1 billion and applies a supervision-by-risk approach to all aspects of the supervisory process. By expanding the supervision-by-risk approach and by also increasing verification and testing, the OCC believes it will be able to improve its efforts to deal with the slippage in credit underwriting standards that is being seen at national banks. The companion Community Bank Supervision Handbook for banks of less than $1 billion is expected to be available later this summer.

On a related note, the OCC has also announced results of a survey showing that bank lending practices have continued to deteriorate. In response, it has directed it examiners to: (1) report to CEOs and/or Boards of Directors specific loans identified during the examination process that have structural weaknesses; (2) comment in appropriate supervisory communications on the extent of a bank's deviations from its formal underwriting policies, whether the bank recognizes such deviations, and whether the bank has a formal system to manage the additional risk; (3) comment on the volume and trends in loans heavily dependent upon projected cash flows, asset values, equity values or enterprise value; and (4) identify any adverse credit risk trends within credits rated as "pass" by the examiner.

The OCC has approved a request by two national banks to make non-controlling investments in an LLC that would hold and manage leases, including facility leases that contain incidental interests in real property in the form of site leases. The site leases were entered into in order to better protect the value and utility of the financed equipment by allowing the lessor, in the event of default, to use the facilities as going concerns. In the decision, the OCC ruled that the site leases were permissible as incidental to the business of banking under 12 U.S.C. § 24 (seventh), based principally upon the following factors: (1) the LLC would not advance funds for the site leases because the rent amount paid by the lessees to the LLC was equivalent to the rent paid under the site leases; (2) the LLC had no legal obligation to pay rent under a site lease unless the lessee company paid rent under such lease; (3) the LLC only had a leasehold interest in the real property - not legal title; (4) the leasehold interest only existed for the amount of time that it would have taken for the LLC to recoup its investment; and (5) the only purpose for entering into the site leases was to ensure the value of the equipment being leased.

The OCC recently issued an interpretation restricting a national bank's authority to extend a lease of real property no longer used as bank premises. In the fourth year of a ten year lease extension, a national bank decided to close its branch located on certain leased property. Upon vacating the premises, the bank entered into a sublease of the property rather than assigning the underlying lease because the landlord would not permit an assignment. After entering into the sublease, the bank inquired of the OCC as to whether the bank could lawfully exercise a ten year extension option contained in the underlying lease on behalf of the sublessee. In Interpretive Letter No. 830, the OCC stated that when the bank initially subleased the property it disposed of OREO property and that the bank did not thereafter have a legal basis under 12 U.S.C. § 29 or applicable regulations to extend the lease for the purpose of entering into a new sublease.

The FDIC has proposed amendments to its regulations to simplify the methods used to determine deposit insurance coverage of joint ownership accounts and revocable trust, or payable-on-death ("POD"), accounts.

Joint Accounts. The amendment relating to joint accounts would eliminate step one of the two step process under the current rules for applying the $100,000 insurance limit. "Step one" currently consists of adding together all joint accounts owned by the same combination of persons at the same depository institution and insuring the aggregate of these account balances up to the $100,000 limit. "Step two" consists of adding the interests of each person in all joint accounts and insuring the aggregate of these balances to a limit of $100,000. By eliminating "step one," the proposed amendment would establish the maximum coverage any one person could have for all of his/her interests at $100,000 and the maximum possible coverage for any one joint account at $100,000 per owner.

Payable on Death Accounts. The amendment to POD accounts would expand the range of deposit insurance coverage by adding parents and siblings to the list of "qualifying beneficiaries" under deposit insurance regulations. The current FDIC regulations provide that after certain criteria are met for an account, the $100,000 limit on insurance coverage is applied on a "per beneficiary" basis to all POD accounts owned by the same person in the same depository institution. Accounts with funds payable to "non-qualifying beneficiaries" are aggregated with all funds owned by the account owner in single owner accounts and insured according to single-owner procedures. The current list of "qualifying beneficiaries" includes spouse, children, and grandchildren of the owner; the proposed amendment would add parents and siblings to this list. Comments on the proposal are due by October 15, 1998.

The OTS has amended the required initial disclosures for adjustable rate mortgage loans ("ARMs") made by federal savings associations to conform them to recent amendments to the FRB's comparable provisions found in Regulation Z (which implements the Truth in Lending Act). Unlike the interim final rule issued by the OTS on January 8, 1998, which restated the FRB's ARM disclosure provisions of Regulation Z, the OTS's final rule now simply cross-references Regulation Z. Previously, thrifts were required to provide borrowers a fifteen-year historical example of how changes in the underlying ARM index would have affected the interest rate and payments on a hypothetical $10,000 loan. Under the revised Regulation Z, creditors have the option of providing instead (1) a statement that the periodic payments may increase or decrease substantially, and (2) disclosures of the initial and maximum interest rates and payment amounts based on a $10,000 loan. The OTS's final rule preserves the agency's authority to seek enforcement remedies for violations of its Truth in Lending rules under certain provisions of the Home Owners' Loan Act and the Federal Deposit Insurance Act. The final rule became effective July 17, 1998, but compliance is optional until October 1, 1998.

On July 21, 1998, the OTS approved federal thrift charters for Allstate Corporation ("Allstate"), parent of Allstate Insurance Company, and Aid Association for Lutherans ("AAL"), a fraternal benefit organization that provides insurance and other financial services to its members. Both thrifts will offer trust services, and Allstate's thrift will also provide cash management services for Allstate. The OTS imposed a number of conditions in its approval orders. Among others, the institutions must (1) operate within the parameters of their business plan or submit a revised plan for approval by the OTS; (2) apply to the OTS before engaging in new business activities; (3) submit quarterly reports to the OTS regarding any changes in their business plan for the first two years of operation; and (4) submit quarterly reports to the OTS that include the number and type of trust account services offered, total asset values of such accounts, and trust committee meeting minutes. AAL's thrift, in addition, may not discriminate on the basis of race, color, religion, sex or national origin in the provision of any non-lending service, including trust services, and must market and advertise its products to the general public on a non-discriminatory basis.

A federal district court in Illinois recently denied a defendant credit card bank's motion for summary judgment on the issue of whether its standard late fees were "unenforceable penalties." Citing late fees of $18 that were charged on minimum payment amounts as low as $10, plaintiffs claimed that the late fees bore no reasonable relationship to the actual loss incurred by Capital One. The court held that Capital One could still attempt to prove at trial that the late fees it charges are in proportion to Capital One's actual probable loss. Litigation challenging late fees as unenforceable penalties assessed both by lenders and by other consumer businesses has become more prevalent in recent years, and a loss at trial in this case could launch additional challenges against lenders. Amaro v. Capital One Bank, 1998 U.S. Dist. Lexis 8373 (1998).

The FFIEC has issued a guide for compliance with federal consumer protection laws that apply to electronic financial services. The FFIEC offers a summary of relevant sections in the consumer protection laws and offers general compliance guidance for advertisements, disclosures, electronic stored value products, and record retention. The FFIEC particularly stresses the need to review and revise electronic services as technology and the regulatory environment continue to evolve. Copies of this guide may be obtained over the Internet at www.fdic.gov/banknews/fils/1998/fil9879.html.

The contents of this publication are intended for informational purposes only and should not be construed as legal advice or legal opinion, which can be rendered properly only when related to specific facts. This document may be considered advertising under the rules of the Supreme Judicial Court of Massachusetts. (c)GPH LLP 1998