Artificial Intelligence (AI), which we have only faced with science fictional horror stories so far, is actually not that much far away. Many applications we use and download to our smartphones are already benefiting from this AI in their substructure and functioning, even though it does not have much complexity in its' system.

So what is the definition of "Artificial Intelligence"? Short answer would be a software developed by humans which is able to think abstractly, correlate concepts, learn, detect problems and suggest solutions and even take lessons from experiences. Nowadays, entrepreneurs, who are following the developments and breakthroughs in fields of technology and AI, strive to turn this new and rich field into an opportunity. If they achieve to combine their efforts with societies' social tendencies and needs, chance of success rises significantly. Faladdin, another example of such success stories, is combining AI with "fortune telling" phenomenon in Turkish culture. There are two entrepreneurs having different career paths and joining forces behind the success story: Sertaç Taşdelen and Kaya Diker. In fact, their story begins with the idea of combining AI with l sociology of Turkish society. At the very begining of the period of developing the idea, another application called as Binnaz Abla which is derived from the name of Sertaç Taşdelen's mother, was created. Binnaz Abla is an application functioning by real human beings telling fortune via written, visual and audible communication. Apart from Turkish coffee fortune telling, application also provides various options such as tarot, astrology, hand reading and dream interpretation. By means of the growth rate of the application and its' popularity, the idea also develops and leads to another venture. These entrepreneurs with bigger objectives and dreams created Faladdin with AI in its substructure in order to reach to larger masses. Faladdin, just like Binnaz Abla, also includes various options such as tarot and clairvoyance along with Turkish coffee fortune telling. However, the biggest difference between Binnaz Abla is the technological advancement in Faladdin's substructure.

Faladdin has now become a popular application having almost a million fortune telling per day and increasing number of users and reputation. Also, the entrepreneurs' objective is not limited to Turkey. It also provides services in English and Arabic, while aiming to ensure more language in future. In such case, considering the possibility of an international success of Faladdin with its national achievement, a worldwide popularity would be no surprise. 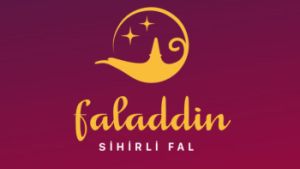 INTERVIEW WITH THE FOUNDER OF FALADDIN: SERTAÇ TAŞDELEN

As much as we tried to express the foundation of Faladdin, we would also like to request an inside perspective from one of the creators of the story. Here, you can find our pleasant chat with Sertaç Taşdelen, one of the founders of Faladdin.

How do you interpret the popularity of Faladdin in such a short period?

Actually, we predict/predicted the inevitable success of Faladdin. Hearing Turkish coffee fortune telling mystically from a mobile device instead of a real person... sounds interesting, right? In fact, Faladdin, which is now found at smartphones of one of every ten people, has become a buddy and a friend to us. Of course, there is a devoted work of a great team behind the success. We, as a team, created Faladdin through putting our maximum effort day and night. Finally our beloved users brought it to its place where I believe it already deserves. By the way, I would like to send endless thanks to all our users. Also, I strongly recommend trying it to people who has never tried it yet, at least for once. I know, they will be addicted. ☺

What is the success story behind this enterprise?

At first, we established the Binnaz application with real fortune tellers before realizing that our dreams are not limited to this. We had the desire to touch everyone around the world. After an intense period of brainstorming, we spent an extraordinary and nonstop effort for Faladdin which is arisen from a small but insane idea. Our objective to achieve what has not been achieved in Turkey/the world has brought us to place we are today. In fact, rather than our outstanding effort, the real secret to this success is the light of the AI in Faladdin and the understanding of our commentators. By the way, I also use Faladdin every day to request Turkish coffee fortune telling and surprisingly %99 of the feedbacks are accurate. ☺

In your opinion, why is Faladdin different from other similar applications? How were you able to address to people of different ages and communities?

In this point, Faladdin's AI and our commentators' understanding step in. Faladdin does users' Turkish coffee fortune telling with commentators' deep understanding under the light of AI and specifically for them. Consider your phone knowing you better than yourselves, touching your past and shedding light on your future... that is an incredible technology. Turkish coffee fortune telling of every individual is prepared as authentic as possible by merging the data provided regarding individuals by AI and commentators based on the information which related person provides to Faladdin. Hence, users, as expected, become addicted. Our users vary from senior executives to grocers as Faladdin appeals to people from every age and community.

We know that under the surface lies the AI and a great amount of data. Are you planning other projects involving these values?

There are more applications that we are currently developing and we would like to use this technology in various fields. However, I believe I should not be sharing this information with you for now. ☺ When the circumstances allow, you would be hearing more before or following the publication of our applications. Addictive innovations are waiting for you. ☺

Based on your experiences, what are the first 3 advices you would give to fellow entrepreneurs?

Apart from everything else, they should not be afraid of trying. I have become the Faladdin you know, after spark of an idea while working with a salary in a private company. They should realize that in order to rise, you should descend at first. Enterprises cannot always succeed, just like a baby cannot learn to walk before falling down a couple of times. Secondly, they should always pursue innovation. There are one or more imitations of every single application in the market, however the ones bring innovation gets ahead. You should know the phrase: imitations sustain the original. ☺ Last of all, comfort is the arch-enemy to your success. You should work hard, we should work hard! Otherwise, reaching the light shining on the horizon will not be possible.