South Africa: The Curious Case Of The Iconic "Pointy S"

From the records of the USPTO, it appears that Mr. May took assignment of the mark in 2017 for a nominal amount (compared to the priceless childhood memories the "pointy S" has given many of us) of USD 265. One would think that the "pointy S" would be worth more $.

The "pointy S", as depicted below, was filed in respect of "Dresses; Pants; Shirts; Socks; T-shirts; Underwear". The mark is described as consisting of "Geometric 'S' shape made up of incomplete triangles, incomplete squares, and one incomplete quadrilateral in the center of the shape." 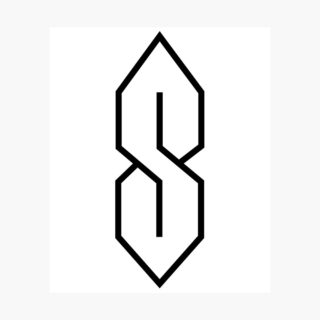 At its very core, trade mark law seeks to distinguish goods and services emanating from the proprietor of the mark, from that of others. It is apparent that Mr. May is passionate about celebrating and preserving the "pointy S" symbol. In the broad spectrum that is intellectual property, acquiring trade mark protection for a mark, with the intention to preserve (and make use of the mark) is ideal, as a trade mark registration can exist in perpetuity.

Of course, a trade mark can be an extremely valuable commercial asset. However, whether or not Mr. May would be able to effectively enforce his trade mark, remains to be seen. Given that this mark has been used for a number of decades, the "policing" of the use of the trade mark will, no doubt, be a challenging exercise. It also begs the question as to whether this trade mark could ever be protected from dilution. That being said, trade marks are territorial. A recent search of the register of trade marks in South Africa revealed that the iconic "pointy S" symbol does not appear on the register, at least not yet. The good news is that any use of the "pointy S" symbol, not as a trade mark, should be safe from trade mark infringement. It appears that South African doodlers of the iconic "pointy S" symbol can continue to doodle without fear of trade mark infringement.

ARTICLE TAGS
South Africa Intellectual Property Trademark
POPULAR ARTICLES ON: Intellectual Property from South Africa
Moral Of The Story
Adams & Adams
Authors of copyright protectable works retain certain rights despite not being the owners of such copyright
Intellectual Property In Nigeria: A Summary Of Protectable Rights In Nigeria
Olisa Agbakoba Legal (OAL)
Generally, Intellectual Property ("IP") covers products of intellectual creations. However, it can also mean a generic term that describes creations of the intellect concerning which the law ascribes the...
Requirements And Procedure For Registration Of Trademarks In Nigeria
Pavestones Legal
Over the years, trademarks have gained prominence around the world as one of the most important intangible assets of any business. Trademarks play a crucial role in branding as they provide businesses and their products with a unique identity.
Trademarks Comparative Guide
B. W. Kahari Legal Practitioners
Trademarks Comparative Guide for the jurisdiction of Zimbabwe, check out our comparative guides section to compare across multiple countries
Types Of Trademarks: All You Need To Know
Abou Naja
As industries race to gain a legal monopoly on their unique innovations through marks registration, we are inundated with an ever-increasing number of products with
The Latest Legal & Regulatory Updates Impacting Intellectual Property In The UAE
BSA Ahmad Bin Hezeem & Associates LLP
In keeping with the UAE's strategic objectives and improving its legislative landscape to meet all modernization criteria, the UAE has endeavoured to improve and enhance all IP legislations over...
FREE News Alerts
Sign Up for our free News Alerts - All the latest articles on your chosen topics condensed into a free bi-weekly email.
Register For News Alerts
Article Tags
South Africa Intellectual Property Trademark
Similar Articles
Powered by mondaq AI
MATCH
88%
Lady Gaga's Bad Romance With TRATTORIA KISCH IP
87%
Trademark Registration Process In South Africa Adams & Adams
86%
COVID Incorporating Marks In A Global Pandemic – To File Or Not To File Adams & Adams
86%
Why Register Your Trade Mark? Ron Wheeldon Attorneys
86%
The Importance Of Non-Traditional Trade Marks In The Digital Age KISCH IP
Related Articles
Moral Of The Story Adams & Adams
Flying Under The Radar: What Are Stealth Trade Mark Applications? Adams & Adams
Where Is The Trade Secrets Rulebook? Inventa
Confusing Similarity – Little More Than A Crapshoot? ENSafrica
The Soul Souvlaki Judgment - Another Case With Soul ENSafrica
Mondaq Webinars
Malta as an e-Money and Payment Services Centre
GVZH Advocates
Considering the Nigerian Start-Up Act & The Opportunities for Tech
Oake Legal
More Webinars
Comparative Guides
Dominance
Labour and Employment
More Guides
Mondaq Advice Centres
Global
Trademarks in SAARC Countries
More MACs
Upcoming Events
Mondaq Social Media