In Rocket Dog Brands LLC v Office for Harmonisation in the Internal Market(OHIM) (Case T-231/12, May 17 2013), the General Court has upheld the decision of the Fourth Board of Appeal of OHIM that there was no likelihood of confusion between the word mark JULIUS K9 and earlier figurative marks comprising the component 'K9'.

In September 2009 Julius-K9 bt, a Hungarian company specialising in dog accessories and sports clothing, filed a Community trademark (CTM) application for the word mark JULIUS K9 for goods in Classes 18 and 25 of the Nice Classification. Rocket Dog Brands LLC, a US-based footwear manufacturer, opposed the application based on its two registered CTMs: 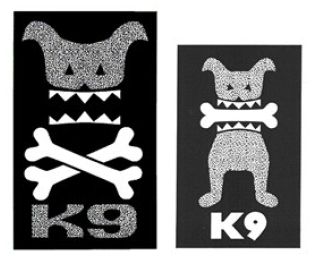 The opponent relied on Article 8(1)(b) of the Community Trademark Regulation (207/2009) to allege that the JULIUS K9 mark was confusingly similar to its registered device marks. The Opposition Division of OHIM rejected the opposition in its entirety and the Fourth Board of Appeal dismissed the appeal, holding that, although the designated goods were identical or similar, the overall impression created by the marks was that they were not confusingly similar.

In assessing the similarity between the marks, the General Court noted that the average consumer normally perceives a mark as a whole, and that it is only if all the other components of the mark are negligible that the assessment can be carried out solely on the basis of the dominant elements of the mark. It rejected the opponent's contention that the 'K9' component of the marks was the dominant feature of the marks. The General Court held that the Board of Appeal's global assessment of the marks was correct. It noted that the visual impression created by the marks, notwithstanding the inclusion of the common element 'K9', is different. From an aural perspective, the court held that there was a low level of phonetic similarity between the marks, noting that:

The court further found that there was no conceptual similarity between the marks, notwithstanding the opponent's contention that 'K9' evoked the word canine, and it was noted that the opponent did not provide evidence that 'K9' is used as a colloquialism for dogs.

The opponent further alleged that the Board of Appeal had failed to take the judgment in Medion AG v Thomson(Case C-120/04) into account. The General Court rejected this contention and stated that the ruling in Medion does not apply to the instant case because the JULIUS K9 mark is not a juxtaposition of a prior mark and another element.

Finally, the General Court rejected the opponent's claim that the Board of Appeal had failed to take into account the distinctive character of its earlier marks. The General Court rejected this argument and held that a high degree of distinctiveness cannot be inferred from the mere fact that a trademark is sufficiently original to function as a mark.

This judgment is a useful example of the analysis of the global assessment of similarity between word marks and device marks. It underlines the established position that marks must be assessed as a whole and that assessments should not be made on the basis of individual components alone. It further highlights that verbal elements of composite device marks do not necessarily constitute the dominant component of a mark.