by Shubham Borkar and Kirti Menon
Khurana and Khurana
Your LinkedIn Connections
with the authors
To print this article, all you need is to be registered or login on Mondaq.com.

Recently on April 22nd 2019, The Hon'ble Delhi High Court passed a judgment, awarding the highest ever quantum of damages in a copyright & design infringement case. Total cumulative relief awarded to the Plaintiff ( Philips) amounts to about INR 3, 15,71,000 (USD 451,244) [i.e. INR 1,19,96,000 (i.e. about USD 171,458) against the importer & INR 1,45,75,000 (i.e. about USD 208,320) against the manufacturers of the infringing product]1 . Philips filed two suits, first one was for piracy of a registered design (under Section 22 of the Designs Act, 2000) and one other for infringement of copyright as well as trade dress for its Advance Beard Trimmer Series 3000 against Nova Manufacturing Industries Ltd, Badri Electro Supply and Trading Company(Owner of the Nova trademark), and OmniEximPrivate Limited(importer of the infringed product).

Plaintiff argued that Nova has placed a product in the market which was deceptively similar to Philip's own product. They sold it under NOVA NHT 4000 Trimmer for Men. Everything from the packaging, design, layout and colour scheme and description of this product has been copied. The registered design of the product has also been copied by the defendants. The literary work, artistic work and the photographs in the Plaintiffs' product literature and promotional material and packaging fall within the meaning of Sections 2(c), 2(o) and 2(s) of the Copyright Act, 1957 respectively and were infringed upon. By virtue of Sections 13 and 14 of the Copyright Act, 1957, Plaintiffs are entitled to the exclusive rights in the copyright vested in the literary work, artistic work, etc. as well as the packaging of the product, which has been developed and sold by the Plaintiffs( Philips). When a suit for an injuction was filed against them, they continued selling the same product under different model numbers deceptively.

The Hon'ble Court consolidated both the suits and passed a permanent injunction against Nova Furthermore, the Hon'ble Court also accorded aggravated damages as well as actual damages. Citing three different landmark governing cases, The Court has given their justification as to how this case constituted the award of aggravated/exemplary damages. These are also known as punitive damages, which are seldom awarded and are intended to punish the defendant for maliciously wrongful conduct or causing irrevocable damage to reputation and to deter him from acting similarly later. Summary and analysis of the three cited cases in the present judgment are given below.

Douglas Rookes was employed by the British Overseas Airways Corporation (BOAC) had resigned from the Union he was a part of, Association of Shipbuilding Draughtsman (AESD) who was in a closed shop agreement with the BOAC which entailed that BOAC employ, only those employers , who were part of the union and that the employer needed to be a part of the union as long as he was employed. Rookes had gone against that agreement. He was suspended by BOAC and later dismissed with one week's salary with notice. After Rookes filed a suit, The Court ruled in his favour and against the Union. While it was argued that only compensatory damages were enough to recover and damage caused, the judgment stated three situations where exemplary damages could be awarded:

a. Oppressive, arbitrary or unconstitutional action by the servants of the government;

b. Wrongful conduct by the defendant which has been calculated by him to make profit for himself which may well exceed the compensation payable to the claimant; and

c. Any case where exemplary damages are authorized by the statute

These have been the foundation for exemplary damages to be awarded but have also been criticized on many fronts stating that the conditions are too narrow. Among them was during the case of Casselle vs Broome

This was an English Libel case which concerned the issuance of exemplary or aggravated damages. David Irving, was a very controversial writer in England who published a book with Casselle Publishing Company which blamed the destruction of a World War Two Convoy on a retired Royal Navy Officer, Captain Jack Broome. Even though, the Captain had been devoid of any blame. Hence, he sued the publishing company and the author for libel and the Court awarded £25,000 alone in damages which was a first at that time. An appeal was filed by the defendants but the Court upheld the order of exemplary damages saying the case qualified for it. It also criticized the judgment in Rookes vs Barnard stating that the conditions laid down for exemplary damages were too narrow.

Closer home in India, Reckitt Beckinser filed a suit against Hindustan Unilever for permanent and mandatory injunction after the defendants aired an advertisement which depicted a child allegedly falling sick because of using Dettol as an antiseptic liquid in their bathing water. The liquid that is poured into the bathing water turns it milky which is considered an exclusive feature of Dettol and goes on to depict that Dettol cannot ward off any infections and fails as an antiseptic which according to the plaintiff harmed their reputation and goodwill in the market. Reckitt also sought damages of around Rs.20,00,050/- along with an additional claim for exemplary damages towards disparagement, denigration and tarnishment of its goodwill and reputation by the impugned advertisement.

Before this, Time Incorporated v. Lokesh Shrivastava3was the first case where punitive damages were awarded for an IP case and it departed from a long standing precedent. The court in that case stated

"This Court has no hesitation in saying that the time has come when the Courts dealing actions for infringement of trade marks, copy rights, patents etc. should not only grant compensatory damages but award punitive damages also with a view to discourage dishearten law breakers who indulge in violations with impunity out of lust for money so that they realize that in case they are caught, they would be liable not only to reimburse the aggrieved party but would be liable to pay punitive damages also, which may spell financial disaster for them. In Mathias v. Accor Economy Lodging, Inc. reported in 347 F.3d 672 (7th Cir. 2003) the factors underlying the grant of punitive damages were discussed and it was observed that one function of punitive damages is to relieve the pressure on an overloaded system of criminal justice by providing a civil alternative to criminal prosecution of minor crimes. It was further observed that the award of punitive damages serves the additional purpose of limiting the defendant's ability to profit from its fraud by escaping detection and prosecution. If a tortfeasor is caught only half the time he commits torts, then when he is caught he should be punished twice as heavily in order to make up for the times he gets away This Court feels that this approach is necessitated further for the reason that it is very difficult for a plaintiff to give proof of actual damages suffered by him as the defendants who indulge in such activities never maintain proper accounts of their transactions since they know that the same are objectionable and unlawful." However, there was no framework laid down for calculation of these exemplary damages which may lead to over generous award of damages.

However Justice Ravendra Bhatt in the case of HUL v. Rickett (supra) observed that "to say that civil alternative to an overloaded criminal justice system is in public interest would be in fact to sanction violation of the law. This can also lead to undesirable results such as casual and unprincipled and eventually disproportionate awards." By this the court has overruled the Judgement of Times Incorporated v Lokesh Srivastava (supra) which provided that punitive damages can be granted in cases of infringements of copyrights ,trademarks patents etc with a view to discourage the law breakers and to ensure that they are liable to pay not only compensation to the aggrieved party but also pay punitive damages ,thereby putting them under financial constrain.

The Court has however not closed the door for providing punitive damages, instead provided the circumstances under which punitives damages can be granted. These circumstances include:

"a. Oppressive, arbitrary or unconstitutional action any the servants of the government.

b. Wrongful conduct by the defendant which has been calculated by him for himself which may well exceed the compensation payable to the claimant; and

c. Any case where exemplary damages are authorised by the statute."

The present judgment cites the following lines from the Rookes judgment to justify exemplary damages in this cases. 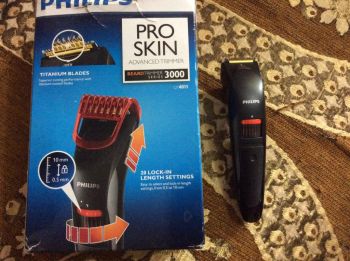 Where a Defendant with a cynical disregard for a Plaintiff's rights has calculated that the money to be made out of his wrongdoing will probably exceed the damages at risk, it is necessary for the law to show that it cannot be broken with impunity

Exemplary damages can properly be awarded whenever it is necessary to teach a wrongdoer that tort does not pay."

The Rookes judgment also laid down three considerations which should always be borne in mind when awards of exemplary damages are being considered.

"Firstly, the Plaintiff cannot recover exemplary damages unless he is the victim of the punishable behavior.Secondly, Some of the awards that juries have made in the past seem to me to amount to a greater punishment than would be likely to be incurred if the conduct were criminal; and moreover a punishment imposed without the safeguard which the criminal law gives to an offender. I should not allow the respect which is traditionally paid to an assessment of damages by a jury to prevent me from seeing that the weapon is used with restraint.

In the case, it is clear that the defendant knew that the profits they were gaining from the sale of the infringing product is way more than the damages they would have to pay and they continued with it. Hence, this falls in the second situation as stated by Rookes vs Barnard and is valid for receiving aggravated damages. In Consequence of the considerations laid down by the Rookes judgment, the profits earned by Nova were taken into consideration while calculating the total aggravated damages. The Judgment laid down a new thumb rule to be followed for calculating the damages which states,

The present judgment falls in the last category as the infringement of the design as well as the copyrighted material and trade dress was deliberate. And in contempt of an earlier injunction order, the said Defendants deliberately changed their modus operandi and routed the impugned products through M/s Omni Exim Private Limited.

Whilst Rookes vs Barnard still remains controversial universally, the present judgment stated that a deliberate infringement was carried out against Philips and the Defendant acted calculative in order to earn profits. This is a landmark judgment when it comes to awarding aggravated damages for an Intellectual Property case and also lays down a thumb rule to be followed for calculation of these damages in order to avoid arbitrariness.