by OP Jindal
Khurana and Khurana
Your LinkedIn Connections
with the authors
To print this article, all you need is to be registered or login on Mondaq.com.

What is Geographical Indication?

Geographical Indications of Goods are demarcated as that facet of industrial property which indicate to the geographical indication indicating to a country or to a place located therein as being the country or place of origin of that product.

Typically, such a name communicates a guarantee of eminence and particularity which is essentially attributable to the fact of its origin in that defined geographical locality, region or country. Under Articles 1(2) and 10 of the Paris Convention for the Protection of Industrial Property, geographical indications are covered as a constituent of IPRs. They are also covered under Articles 22 to 24 of the Trade Related Aspects of Intellectual Property Rights (TRIPS) Agreement. 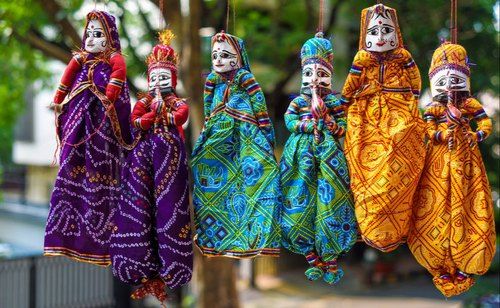 With over 104 million people (as per the 2011 census), the Tribal Population, as recognized under the Constitution of India, make almost 8.6% of India's total population.

A lot of Tribal people are already self-employed in the form of tribal cultivators or artisans. As per the Periodic Labour Force Survey (PLFS) Report of 2018-19, more than half (57%) of the Tribal population are in agriculture and allied activities and handicrafts. About 30% work as casual and agriculture labour and only 13% are regular salaried employees. It, therefore, becomes essential that their current self-employment is enhanced to increase their source of income. Giving a Geographical Indication Tag to the products of tribal artisans and other handicrafts would not only highlight such Tribal products, but also prevent third parties from replicating the work and engage in its mass production.

The Government of India has understood the requirement of such protection of Tribal artisans. Under the larger vision of "Aatmanirbhar Bharat" and "Vocal for Local", the Tribal Cooperative Marketing Federation of India (TRIFED) intent to collaborate with various Departments and Ministries for the GI tagging of tribal products, as notified by the Ministry of Tribal Affairs. These active collaborations would be between TRIFED and Lal Bahadur Shastri National Institute of Academy (LBSNAA), Ministry of Culture, Department ofPromotion of Industry and Internal Trade (DPIIT) and Ministry of Commerce. The Ministry of Tourism and the Office of Prime Minister seek to transform tribal products into a brand name, along with a GI Tag, so as to empower the tribal artisans.

TRIFED, with Ministry of Culture, has identified 8 heritage locations across the country. These heritage locations will be established with the geographical location specific 'Tribes India' stores which would carry the tribal products. Along with this, TRIFED also plans to set up a 'designer lab' at the Lal Qila (Red Fort), in Delhi which would hold demonstration from a few select tribal artisans to showcase their rich craft traditions.

Not only this, TRIFED has also proposed to hold a variation of the Aadi Mahotsav Festival, which was initiated in 2017. This variation would be GI Specific and would be held at Lal Bahadur Shastri National Institute of Academy (LBSNAA), Mussoorie in February 2021.

Currently, there are 370 registered GI products, out of which 50 are tribal products. The Department of Promotion of Industry and Internal Trade (DPIIT), Ministry of Commerce has decided to showcase all 370 products in 'Tribes India' through its extensive network and promote the 50 tribal products.

It may be said that the grant of GI tag alone may not result in an economic upliftment of the Tribes in India. There may be case where the benefit resulting from the sale of the GI tagged tribal product may accrue to the traders or middlemen, and not to the actual artist. Along with this, a lack of marketing and promotional activities may act as an obstacle from unveiling the full economic potential of tribal products. However, with TRIFED's latest attempt at familiarizing people of these tribal products, it is hoped that this would no longer be a hindrance.

ARTICLE TAGS
India Intellectual Property Patent Trademark
POPULAR ARTICLES ON: Intellectual Property from India
Patent Law in India
Anand & Anand
The Patents Act 1970, along with the Patents Rules 1972, came into force on 20th April 1972, replacing the Indian Patents and Designs Act 1911. The Patents Act was largely based on the recommendations of the Ayyangar Committee Report headed by Justice N. Rajagopala Ayyangar. One of the recommendations was the allowance of only process patents with regard to inventions relating to drugs, medicines, food and chemicals.
Patents Law In India - Everything You Must Know
Vaish Associates Advocates
The presentPatents Act, 1970 came into force in the year 1972, amending and consolidating the existing law relating to Patents in India
Assignment And Licensing Of Copyright
Singh & Associates
Copyright is a protection given to the creators of certain types of works as an acknowledgment to their intellectual input
Deceptive Similarity And Judicial View
Khurana and Khurana
Trademarks play a vital role in creating a brand name and goodwill of any business. Not only does it helps in creating a brand value but also, aids in revenue generation.
All You Need To Know About "Well-Known Trademarks"
Khurana and Khurana
With coming up of the new Trade Mark Rules 2017, a new procedure has been created that allows the Registrar to proclaim a particular trademark as "well known".
Concept Of Fair Use And Fair Dealing In Copyright
Singh & Associates
Fair use supports "socially laudable purposes," typically, if not exclusively, involving the use of the copyrighted work by a second author
FREE News Alerts
Sign Up for our free News Alerts - All the latest articles on your chosen topics condensed into a free bi-weekly email.
Register For News Alerts
Article Tags
India Intellectual Property Patent Trademark
Related Articles
IPTimes.Law: March 2021 Issue Singhania & Partners LLP, Solicitors and Advocates
India Amends Copyright Procedural Rules Kochhar & Co.
Copyright (Amendment) Rules, 2021: Key Takeaways Singh & Associates
Appellate Board/Tribunal No More Krishna & Saurastri Associates
IPAB Ceases To Exist In India Khaitan & Co
Mondaq Webinars
Visas, Work Visas/ Residence Permits and Nigeria's New Visa Policy
Famsville Solicitors
Webinar Lagos Nigeria
Competition Law Compliance Programs and Trainings: Client Experiences and Notes for the Future
ELIG Gürkaynak Attorneys-at-Law
Webinar Istanbul Turkey
More Webinars
Comparative Guides
Alternative Investment Funds
Blockchain
Cartels
Cybersecurity
Data Privacy
Mondaq Advice Centres
India
Trademarks
India
Arbitration, Litigation and Conciliation
India
Insolvency
Global
Trademarks in SAARC Countries
Global
Investment Immigration
More MACs
Upcoming Events
Mondaq Social Media