This decision relates to an European patent application for an apparatus and a method for collection, analysis and transmission of data related to patient movements.  Here are the practical takeaways from the decision T 2084/18 (Suspicious behaviour/AIC) of 18.6.2021 of Technical Board of Appeal 3.5.05:

A presentation of information might only exceptionally contribute to the technical character of the invention if it credibly assists the user in performing a technical task by means of a continued and guided human-machine interaction process. 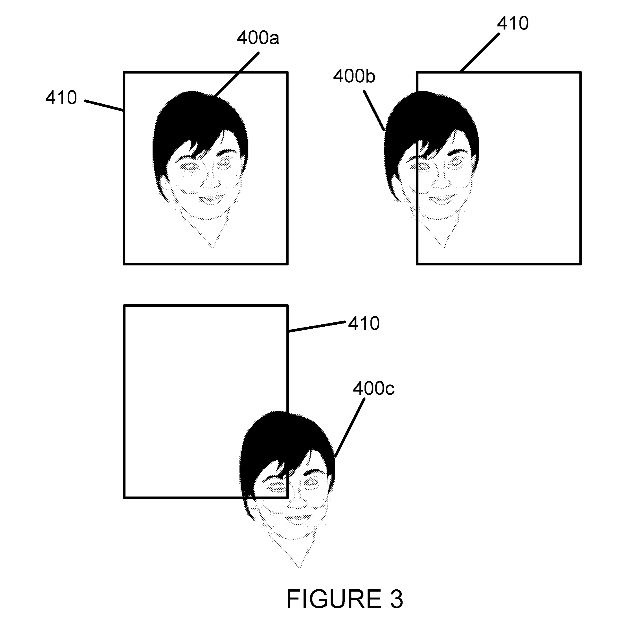 wherein a portion of the captured video sequence that is not displayed on the display is reviewed for suspicious behavior.

However, the Board considers that this distinguishing feature does not produce any technical effect.

According to the established case law:

Displaying a video with a certain content does indeed relate to presentation of information within the meaning of Article 52(2)(d) EPC. A presentation of information might only exceptionally contribute to the technical character of the invention if it credibly assists the user in performing a technical task by means of a continued and guided human-machine interaction process, this being the applicable test (see T 336/14, Headnote; T 1802/13, page 10, second full paragraph; T 1091/17, point 1.7 of the reasons).

The appellant tried to argue why the distinguishing feature produces a technical effect based on T 115/85:

the appellant put forward a further argument that the cognitive effect of trapping a user assisted (if not the user) the claimed apparatus itself in performing its task. To illustrate its argument, the appellant made analogies between the case in hand, in which trapped malicious users may try to frustrate the claimed apparatus by appearing as if they were taking their medicine, and various hypothetical cases, namely frustrating currency or passport counterfeiters by security features such as invisible ink, and turning off the power light of a recording security camera in order to let observers think that it is not recording. It argued that in all these examples a technical effect was achieved by obscuring the internal state of the apparatus. The case law of the boards of appeal recognised giving visual indications about the internal state of a system as technical. Similarly, refraining from giving such a visual indication or obscuring the internal state of an apparatus in order to frustrate malicious activity should also be a technical effect.

However, this was not convincing for the Board:

Given the body of subsequent case law which discusses under which conditions or for which internal states of a system or apparatus this statement would be valid (see inter alia T 833/91, point 3.7 of the reasons; T 336/14, point 1.2.4 of the reasons, second paragraph), it is evident that statements with regard to technicality at this level of generality should be made with an abundance of caution. To take the example of "obscuring the internal state of a system", suggested by the appellant, whereas this may give rise to a technical effect in certain cases, e.g. protecting a cryptographic computation against power analysis attacks as in T 556/14 (see points 13 and 14 of the reasons), in other cases it would not.

As for the present case:

any alleged technical effect of the distinguishing feature of claim 1 should be judged on its own merits rather than by rules at this level of abstraction. The same holds true for the hypothetical examples given by the appellant. These examples suggest at least that the appellant considers that the cognitive effect leads to a technical effect of increased security, which is generally recognised as a technical effect. In the case in hand, however, the cognitive effect of the distinguishing feature, i.e. that the users may think that they are out of the field of view of camera, does not lead to increased security. It does not assist the apparatus of claim 1 in performing its assigned task, i.e. medication administration confirmation, either. On the contrary, the cognitive effect in the case in hand encourages the users to perform what the application calls "a suspicious or malicious act" and hence impairs the proper performance of the medication administration process.

Therefore, the Board considers that the distinguishing feature does not produce any technical effect, and the subject-matter of claim 1 does not involve any inventive step (Article 56 EPC). The appeal is thus dismissed.

ARTICLE TAGS
Germany Intellectual Property Patent
POPULAR ARTICLES ON: Intellectual Property from European Union
What Is A Patent?
Keltie LLP
A patent is a time-limited monopoly awarded by countries as an incentive for investment in novel and non-obvious technical innovation. The purpose of the patent system is to allow companies...
1. What Is An IP Driven Start-up?
Marks & Clerk
Few start-ups are established without the founders having an eye on a future exit, even if they hope to change the world along the way or as a final outcome of their efforts.
Next Big Step In Home Health Monitoring Goes Down The Toilet
HGF Ltd
We are all familiar with the recent surge in popularity of wearable health monitoring devices, empowering users to track a variety of health metrics at home. Smart watches...
More Drama For Combination SPCs
Potter Clarkson
The stage is set for another referral to the Court of Justice of the EU (CJEU) on the eligibility criteria for Supplementary Protection Certificates (SPCs) for "combination products"...
Patent Protection For Medical Devices – The Devil Is In The Details
HGF Ltd
It is well accepted that the development of new medical devices is very resource-intensive. It is, therefore, no surprise that companies apply for patent protection for new medical devices with the aim...
7. Avoiding The Pitfalls
Marks & Clerk
Protecting your IP assets does require a degree of perseverance. The process will inevitably throw up surprises and sometimes disappointments – for example, a patent examiner may identify...
FREE News Alerts
Sign Up for our free News Alerts - All the latest articles on your chosen topics condensed into a free bi-weekly email.
Register For News Alerts
Article Tags
Germany Intellectual Property Patent
Similar Articles
Powered by mondaq AI
MATCH
50%
Performing Pre-Operating Assessment More Efficiently And Intuitively: Non-Technical Bardehle Pagenberg
49%
Relationship Between A User's Comment And A Specific Viewable Object: Non-Technical Bardehle Pagenberg
44%
Distributing Rewards By Assigning Users To Partial Areas Of An Advertisement Banner: Technical Bardehle Pagenberg
41%
European Software Patents - May 2019 Updates Bardehle Pagenberg
41%
E-Mail Read Status Indication: Non-Technical Bardehle Pagenberg
Related Articles
IP Quick Tip: Period Of Limitation Under The UPC Agreement (Podcast) Bardehle Pagenberg
Health Data: European Commission Proposes New Rules On Access And Use Mayer Brown
Louis Vuitton Lost Its 7-Year Long Battle To Protect Its "Chequerboard" Pattern Maucher Jenkins
The Perks Of Selling Your Own Name Maucher Jenkins
IP Quick Tip: Enforcement Of UPC Decisions (Podcast) Bardehle Pagenberg
Mondaq Webinars
Malta as an e-Money and Payment Services Centre
GVZH Advocates
Considering the Nigerian Start-Up Act & The Opportunities for Tech
Oake Legal
More Webinars
Comparative Guides
Anti-Corruption & Bribery
Banking Regulation
Cartels
Competition Litigation
Cybersecurity
More Guides
Mondaq Advice Centres
Global
Trademarks in SAARC Countries
More MACs
Upcoming Events
Mondaq Social Media