Canada: Physical Contact Required For Coverage Under SEF No. 44 Endorsement

by Erin Beth Crosley and Ainslie Fowler
McLennan Ross LLP
Your LinkedIn Connections
with the authors
To print this article, all you need is to be registered or login on Mondaq.com.

In Funk v. Wawanesa Mutual Insurance Company, 2018 ABCA 200, the Court of Appeal overturned the Court of Queen's Bench decision which held that physical contact with an "unidentified automobile" was not required to qualify for coverage under the SEF No. 44 Endorsement ("SEF 44" or "Endorsement") because it went against public policy. The majority for the Court of Appeal held that the Respondent Insured, Mr. Funk, was not entitled to coverage under the wording of the Endorsement and there was no residual public policy or equitable jurisdiction that enabled the Court to extend coverage any further than for what the Endorsement provided.

Mr. Funk purchased a standard automobile policy from the appellant, Wawanesa Mutual Insurance Company, which included the SEF 44. On May 20, 2008, while Mr. Funk was operating his motor vehicle at night, an oncoming vehicle came over towards him in his lane. Mr. Funk swerved right to avoid an impact, and his vehicle rolled over. He suffered serious injuries. There was no physical contact between the vehicles.

The Administrator of the Motor Vehicle Accident Claims Fund paid Mr. Funk the statutory limit of $200,000 in damages, but he claimed from Wawanesa the difference in his claim under the SEF 44 to his policy.

In the Court of Queen's Bench decision (Funk v. Wawanesa Mutual Insurance Company, 2017 ABQB 308), the chambers judge held that on the face of the SEF 44 there was no coverage because the policy required physical contact with the unidentified automobile. Mr. Funk also could not rely on s. 545(1) of the Insurance Act, RSA 2000, c. I-3, which provides that "unjust or unreasonable" terms in a policy are unenforceable, because that section did not apply to automobile insurance on the date of the accident.

Nevertheless, the chambers judge held that Mr. Funk was entitled to coverage under the SEF 44 as the requirement of "physical contact" in the policy would have required Mr. Funk to commit a tort, which was contrary to public policy.  Alternatively, the Court had the authority to relieve against penalties and forfeitures pursuant to the Judicature Act, RSA 2000, c. J-2, s. 10. The absence of physical contact with the unidentified automobile amounted to "failure to perform a covenant" in the policy, and as such, the Court could allow coverage to Mr. Funk despite there being noncompliance.

The majority for the Court of Appeal noted that the chambers judge was correct in concluding that on the plain wording of the SEF 44, Mr. Funk was not entitled to coverage because his vehicle had not made physical contact with the unidentified automobile. The chambers judge was also correct in concluding that Mr. Funk could not take advantage of s. 545(1) of the Insurance Act.

However, the chambers judge's reasoning that ". . . the insured who avoids physical contact has no coverage under the Endorsement, but the insured who takes no evasive action and physically contacts the unidentified vehicle has coverage" merely describes the scope of the coverage (para 23). The Endorsement does not require an insured to commit a tort. The majority noted that it "provides insurance coverage if certain defined risks emerge, and excludes coverage if those risks do not emerge" (para 24).

The majority noted that there was "very little room for finding that a provision of an automobile insurance policy issued in Alberta is "unjust or unreasonable" or contrary to public policy," since the terms of automobile insurance policies are highly regulated. Given that the Superintendent of Insurance approved the requirement of physical contact and corroborating evidence in the SEF 44, there was "little if any room for holding those provisions to be unreasonable or unenforceable" (para 27).

Further, coverage could not be extended to Mr. Funk under the Judicature Act. While "unjust or unreasonable" terms, "public policy", or "relief from forfeiture" were recognized in law, they were to be applied with caution with standard form, statutorily mandated insurance policies. To apply them without due regard ran the risk "that the wording of insurance policies would become meaningless" (paras 26 and 30).

Based on the foregoing, the majority allowed Wawanesa's appeal and Mr. Funk's claim was dismissed.

Justice Berger J.A. dissented and held that coverage should be extended to Mr. Funk on the reading of the SEF 44 as a whole. The language of the policy, the context (the rollover being at night with no independent witness), and the party's reasonable expectations, favoured Mr. Funk's proposed result (para 59).

The majority's decision provides needed clarity and assurance to the insurance industry. There must be certainty in the interpretation of insurance policies. An insured cannot expect coverage where it is clearly excluded in the policy. There is no indication yet as to whether Mr. Funk will appeal this decision. 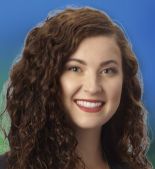