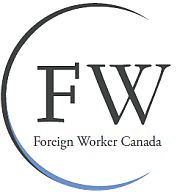 Canada: Most Strict And Most Lenient States For DUIs

by FW CanadaInc
FWCanada Inc.
Your LinkedIn Connections
with the authors
To print this article, all you need is to be registered or login on Mondaq.com.

A new study was published this month by WalletHub ranking the fifty US states and the District of Columbia on strictness and leniency in dealing with DUIs and DWIs.

The study is comprised of a variety of factors which together form a matrix ranking the different states. Factors utilized include criminal penalties for first and second offences, state considerations for a DUI to be a felony, fees imposed on first and second time offenders, whether an ignition interlock system is required by courts, insurance hikes and more.

This information is interesting considering the crackdowns on alcohol related offences in recent years. Both due to increased legal pressures and maturing social attitudes, drunk driving fatalities have decreased by 52% from 1982 to 2013.

Furthermore, in 2012, DUI and DWI related offences accounted for only 31% of motor vehicle fatalities according to federal government data. In addition to the loss of human life, drunk driving cost American taxpayers an average $60 billion per year.

The data yielded the following results:

Various factors account for the ranking of each state but most emphasis was placed on states with harsh punishments for first and second time offenders. Arizona for instance, imposes an ignition interlock system in vehicles after one DUI whereas South Dakota does not at any point automatically require an ignition interlock system, however one can be mandated by a judge.

The discrepancies between different punishments vary by state. For instance, in 24 states, installing an ignition interlock system in your vehicle is required after the first DUI. In 14 states, it is only mandatory after the first DUI if the blood alcohol concentration (BAC) is over 0.15% (the national limit is 0.08%). In six states, ignition interlock systems are never required.

The reasons for this are diverse. Sometimes, federal funding is tied to state law so that states have to impose stricter penalties in order to receive the funding. Furthermore, organizations like Mothers Against Drunk Driving (MADD) have been instrumental in lobbying for stricter laws in the federal government. Other states simply have more rigourous police patrolling for DUI or better public transit, so individuals feel less of a need to drive themselves.

This legislation is important as drunk driving continues to be harmful not only to drivers themselves but also to society. In 2013, 10,076 people were killed in alcohol related offences according to the National; Highway Traffic Safety Administration. This equates to one person killed every 52 minutes.

It is not impossible to travel to Canada after a DUI, but you may need some kind of permit. For more information, please fill out our free assessment form.