Brazil: First Pre-Salt Round To Be Held In October 2013

The Pre-Salt Round 1 will be promoted in accordance with the production sharing regime in force in Brazil since the issuance of Law No. 12.351/2010. 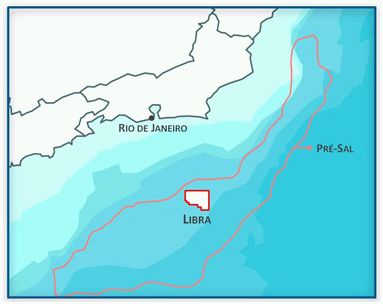 The bid, which was initially scheduled to be held in November, will occur in the second half of October and will exclusively offer the prospect of Libra, located in Santos Basin (as shown in the image). The bidding round for exploratory blocks with potential for unconventional gas, which was initially announced for October, was postponed until November.

According to ANP´s general director, Magda Chambriard, "Marlim, which is the largest producing field in Brazil, has a recoverable volume of 2 billion barrels. The Roncador field has 2.5 billion barrels. The area that will be offered is huge and speaks for itself. It is equivalent to those two fields and others that exist in the country, together".

Although the Pré-Sal Petróleo S.A (PPSA), a public company that will be responsible for the management of the production sharing agreements, is still not completely organized, the general director understands that ANP may temporarily represent the government until the organization of PPSA is concluded.

The relevant tender protocol is expected to be published next week.

Learn more about our Energy practice.