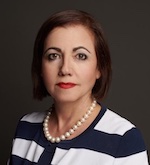 Introduction to the problem

Judicial sales are realities which occur when ship owners fail to pay their creditors. Unpaid creditors can range from shipbuilders and financiers, to ship repairers, suppliers of provisions and bunkers, and crew who typically face the greatest challenges when they are left languishing on vessels without an end in sight, leading in turn to many sleepless nights for port authorities. In such situations creditors are forced to take action against the vessel and in the event that the owner remains in default proceed to sell the vessel in a judicial sale. That vessel however must be sold to the new buyer free and unencumbered from any previous debt, giving him a clean title. No potential buyer is going to be remotely interested in purchasing a vessel which has numerous debts, unless the vessel is sold free and unencumbered and clean title is passed on to the buyer.

Following the judicial sale the creditors then need to focus their efforts on getting paid from the purchase price deposited in court. However for a vessel to fetch the best price ensuring more money for distribution, the buyer needs the certainty that the judicial sale will be recognised all over the world ensuring it is not rearrested by some other previous creditor.

The effects of the failure of recognition are disastrous leading to chaos and uncertainty, the antithesis to the smooth conduct of international trade:

The Comite Maritime International (CMI) is a not-for-profit organisation, established in Antwerp in 1897 and is the oldest organization in the world that is exclusively concerned with the unification of maritime law and related commercial practices.

It is responsible for drafting the vast majority of international maritime conventions including the Arrest of Ships Convention, the Limitation Conventions, the Hague, Hague Visby and Rotterdam Rules, the Salvage Convention and so many others.

In 2008 the Executive Council of the CMI, set up an International Working Group on Judicial Sale of Ships, chaired by Prof. Henry Li of China, to study the very serious challenges associated with the failure of the recognition of such judicial sales. The group gathered data and information, studied hundreds of cases to identify the problem, had numerous meetings were it discussed several versions of a draft convention until in 2012 it produced the Beijing draft which was finalised and approved in Hamburg in 2014.

It provides that notices have to be given 30 days prior to the judicial sale to persons indicated in the clause including the owner, mortgagees, holders of registered titles and lien holders; it clearly provides that all rights and interests existing in the ship prior to her sale shall be extinguished and all and any hypothecs mortgages or charges except as assumed by the purchaser shall cease to attach to the ship which shall be sold free and unencumbered and clean title shall be acquired by the purchaser; it further provides for the issuance of a Certificate by the authority ordering the sale which certifies that the vessel has indeed been sold in a judicial sale and is free and unencumbered and that all rights previously existing against the ship are extinguished; furthermore on the production of the Certificate by the purchaser, the registry of the vessel shall delete any existing mortgages or charges and either register the vessel in the name of the new owner or issue a deletion certificate; it provides that where a vessel which was sold in a judicial sale is arrested in a state party for a debt existing prior to the judicial sale, the court will dismiss and set aside the arrest once the purchaser produces the Certificate unless there are stipulated existing circumstances in which the judicial sale may be suspended or refused.

Turning a draft convention into an international instrument

In 2017, The CMI submitted a proposal to the Secretariat of UNCITRAL on possible future work by UNCITRAL on cross-border issues related to the judicial sale of ships. Whilst a number of delegations supported the proposal and expressed interest, it was suggested that CMI might hold a colloquium so as to provide additional information to the Commission and allow it to take an informed decision.

A joint Colloquium was therefore held between the CMI, the Malta Maritime Law Association and the Maltese Government in Malta. It was attended by over 180 delegates from over 50 countries representing banks and financiers, ship owners, ship repairers, crew, tug operators, salvors, providers of provisions, bunkers, harbour authorities, flag registries, the ITF, members of the Judiciary from various jurisdictions who deal with judicial sales, BIMCO, FONASBA and maritime lawyers. There was an overwhelming case made by each and every one of these groups, encouraging the creation of an international instrument which would once and for all regulate this area and inject a degree of stability and certainty.

The detailed conclusions of the Malta Colloquium supporting the CMI draft, constituted the very basis of the proposal of Switzerland to UNCITRAL. So in July 2018 Stuart Hetherington the President of CMI and I attended the 51st Assembly of UNCITRAL in New York for the purposes of supporting the Swiss Proposal, presented by Alex von Ziegler also an executive member of the CMI. There were another 6 proposals with only 3 to be chosen. At the end of that week we were informed that the project was accepted for future work at UNICTRAL and that the first working group to finish its current work would be allocated this project. The project was later given to Working Group V1 and the first meeting of working Group V1 was held between the 13th and 17th May 2019.

Working Group meetings are attended by all state members of UNCITRAL as well as other UN member states and NGOs interested in the subject matter. On this occasion there was the CMI, BIMCO, The International Chamber of Shipping, International Underwriters of Marine Insurance, the International Association of Judges, Law Asia, the International Law Institute and the IBA.

States were in the main represented by their own diplomats resident in New York with only a few having a shipping background. The week was taken up by a high level discussion on each and every clause with detailed explanations given on why each one of them was important from a practical perspective explaining how the various clauses would solve a number of the issues which surfaced in the many cases on the subject.

The Secretariat took note of the various concerns of those who spoke and prepared a report of the proceedings of the entire week which will shortly be available on the UNCITRAL Working V1 website.

The Secretariat will now prepare another draft taking into account the considerations and comments for which there was clearly support around the room. I would say that most of these are drafting issues which do not effect the substance of the draft or its aim being to ensure that a vessel sold in a judicial sale is sold free and unencumbered provided that the minimum criteria prior to the sale are satisfied. The next draft will be the subject matter of further discussion at the next working group meeting in Vienna in November 2019. Given that specific knowledge of this sector is required, it is hoped that more and more states will follow the example set by a number of others and send maritime law specialists as part of their delegations.

CMI is looking forward to continued deliberations on what will be a hugely important international instrument leading to much needed certainty in international trade.