Spain: Insight Into Managing My Wealth For Retirement: Part 1 - The World We Live In

The first in a series of four articles, this first article looks at why we need to review our approach to managing our wealth in retirement? There are important reasons which are specific to the times we live in. The World we have created has built up expectations of retirement that in many cases will simply not be realistic. Financial structures designed and built in the low inflation 1960s are not able to fulfil their original functions, in part due to an ageing population.

Our research and experience has been brought together to start that process of assisting you with Wealth Management for retirement. In this paper we consider the World we live in and the current pension structures. In following articles to be published shortly we will consider the differences in investment conditions for the next 30 years by comparison to the last 30 years and a framework for your financial future. 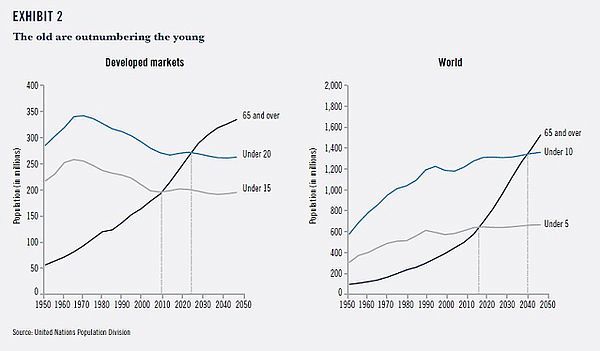 $78 Trillion !!! A recent analysis by a team at Citibankii found that in the top 20 OECD countries the total liability for underfunded or unfunded pension promises is $78 Trillion. The fact is, that with ageing populations, it is not likely that all the promises that have been made will be kept.

It is clear from the figures above that the current pensions are unlikely to be met. Remedial action is necessary and in some countries action is already being taken. The retirement age has been increased to age 67 in countries including Australia, UK, Netherlands and Germany. The Netherlands and UK have already passed legislation to link pension commencement age to life expectancy. Most pension systems in the developed world were designed to fund for a pension for 12 years. The proposal is now to take the average life expectancy and deduct 12 years from this figure to arrive at the age where people can start taking their government pension. This will give a state pension age of 73 in most developed countries. Indeed, in the UK and Netherlands a gradual change will happen to introduce these changes.iii 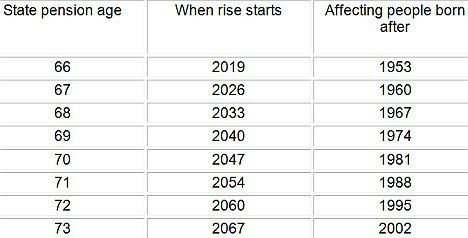 Defined Benefit Pensions require a sponsoring employer to meet a future pension amount for an employee, often expressed as a proportion of the employee's final salary. These schemes transfer the liability to the employer to ensure there is sufficient in the fund to meet all these future employee pensions. Lower than expected investment returns, longer life expectancy and regulatory requirements all affect how much a company has to contribute. With a defined benefit scheme if there is insufficient money in the fund to meet these pension liabilities, the scheme is said to be in deficit. Deficits are a huge problem around the world for this type of pension due to the factors mentioned above. As an example, in the UK the figures are as follows:

To give a balanced view of this information, this deficit of £322.8 billion would likely be reduced if interest rates were to increase. Recovery plans suggested by the Citibank analysts for defined benefit schemes include:

In the next article, we consider what is happening in the equity market causing possiible structural change as most pensions have a large equity element.

ARTICLE TAGS
Spain Employment and HR Retirement, Superannuation & Pensions Wealth Management Wealth & Asset Management
POPULAR ARTICLES ON: Wealth Management from Spain
Wealth Management – 2023 Outlook
Alvarez & Marsal
The past few years have shown that aiming to predict trends and outcomes is an impossible feat. However, as we look back on the wealth management industry over the course of 2022...
The Cyprus International Trust A Practitioner's Approach
Kinanis LLC
The legal framework governing trusts in Cyprus is based on The Trustees Law, Cap. 193, ("The Trustees Law")...
The Three Certainties Or: When Is A Trust Not A Trust?
The Kensington Corporation
Business And Investment Opportunities in Cyprus - 19. Shipping Companies
Elias Neocleous & Co LLC
Published Articles - Intellectual Property – A Hidden Asset?
Appleby
It would be unthinkable for a business not to have a list of its tangible assets such as machinery and buildings, so why would a business consider it acceptable not to have a list of its intangible assets? Increasingly, businesses are carrying out audits of their intellectual property so that they can recognise, protect and exploit them.
Regulation Of Investment Advisors And Managers - Jersey Guide
Collas Crill
This guide outlines the legal and regulatory issues related to the carrying on of investment advisory or management business in or from within Jersey.
FREE News Alerts
Sign Up for our free News Alerts - All the latest articles on your chosen topics condensed into a free bi-weekly email.
Register For News Alerts
Article Tags
Spain Employment and HR Retirement, Superannuation & Pensions Wealth Management Wealth & Asset Management
Similar Articles
Powered by mondaq AI
MATCH
77%
Really!!! Is This True? Yes, Your Pension Is In Danger Spectrum IFA Group
67%
Your EU Pension When You Leave The EU Institutions Spectrum IFA Group
61%
Occupational Pension Reform In Spain: What Will Change? lus Laboris
57%
Amendment Of The Regulation On The Implementation Of Company Pension Commitments To Employees And Beneficiaries Andersen Tax & Legal
55%
Strategies For Wealth Management In Retirement - Part 4 Spectrum IFA Group
Related Articles
Spain Announces New Tax On The Very Rich De Giorgio Wealth Management
Los Activos En Los Que Se Materialice El Coeficiente Obligatorio De Inversión De Las ECR Deben Entenderse Afectos A La Actividad Económica A Efectos De La Exención Por "Empresa Familiar" En El IP Perez Llorca
Dividends: For People Looking For Income And For Making Your Money Grow Spectrum IFA Group
Insight Into Wealth Management For Retirement Spectrum IFA Group
Strategies For Wealth Management In Retirement - Part 4 Spectrum IFA Group
Mondaq Webinars
Considering the Nigerian Start-Up Act & The Opportunities for Tech
Oake Legal
A Guide for Business and Investors – The Sleeping Giant; Why is Nigeria the New Emerging Market for Global Business
Threshing Fields Law Practice
More Webinars
Comparative Guides
Cartels
Competition Litigation
FinTech
Gambling
International Arbitration
More Guides
Mondaq Advice Centres
Global
Trademarks in SAARC Countries
More MACs
Upcoming Events
Mondaq Social Media