United States: Keeping Your Cool In The World Of Trademarks And Bankruptcy

January in Nashville has been a roller coaster of temperatures. One day hints at spring and the next punishes all who failed to wear earmuffs. Adaptability and resilience are key in the current climate. The same is true in the worlds of trademarks and bankruptcy, as we can see with the roller coaster of news that reaches you in the scenario below:

Bad news: Someone filed for bankruptcy.

Bad news: It was your trademark licensor. Not only that, but the trademark licensor filed a motion seeking permission to reject the marketing agreement between you and to sell substantially all of its assets free and clear. The Bankruptcy Code has a provision that permits debtors in bankruptcy to reject executory contracts (contracts under which each party has ongoing obligations to the other).

Good news!: The Bankruptcy Code also has a provision that protects intellectual property licensees (allowing them to either consider a rejected contract terminated or to keep the licensed rights – and duties– for the duration of the contract). You make an election under that provision and object to the licensor's motion, saying the sale of those assets should be subject to the marketing agreement and claiming that you retain rights of exclusive distribution, permission to use the intellectual property rights, and permission to use the trademarks as described under the marketing agreement.

Bad news: The Bankruptcy Code's definition of intellectual property does not expressly include trademarks. The bankruptcy court permits the debtor to reject the contract subject to your election to preserve your rights under the Bankruptcy Code provision protecting intellectual property licensees. But you and the trademark licensor cannot agree on what that means. The bankruptcy court explains that this means your rights with respect to the licensed patent, trade secret, and copyrights under the agreement are protected, but your rights to the licensed trademarks and the exclusive distribution rights are not. You appeal.

The foregoing scenario is a simplified version of facts from a case (Mission Prod. Holdings, Inc. v. Tempnology LLC, Case No. 15-065 (BAP, 1st Cir., 2016)) recently decided by the bankruptcy appellate panel for the U.S. Court of Appeals for the First Circuit. 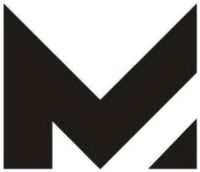 In Tempnology, the panel affirmed the bankruptcy court's finding of protection of the licensed patents, trade secrets, and copyrights, affirmed the finding that there was no protection for the exclusive distribution rights under the Bankruptcy Code, and affirmed the finding that the Bankruptcy Code protecting the licensed intellectual property rights did not protect the licensed trademark rights. But, it still found that the licensed trademark rights did not terminate upon the debtor's rejection of the marketing agreement. Instead, those rights are determined by the terms of the marketing agreement and applicable non-bankruptcy law.

In Lubrizol (decided prior to the enactment of the Bankruptcy Code provision protecting the interests of intellectual property licensees), a debtor's rejection of an executory contract was considered a breach, and the licensee's remedies were limited to money damages. The licensee could not retain the licensed rights, even though that might have a type of remedy afforded it if the debtor had not been in bankruptcy. Applying this reasoning to a trademark license would mean that a trademark licensee simply could not retain the trademark license if the debtor rejected the executory contract in which the license was granted.

The circuit split makes it hard for a trademark licensee to keep cool in this climate of uncertainty. Some groups are working on crafting a legislative fix that would specifically address trademark licenses. In the meantime, trademark licensees will need to factor this consideration into the negotiation of their licensing agreements and prepare themselves for potential inclement weather.