The Board sustained an opposition to registration of the mark shown below, for "Beer-based cocktails; Essences used in the preparation of liqueurs; Malt extracts for making beer; Non-alcoholic rice-based beverages not being milk substitutes; Smoothies; Soy-based beverages not being milk substitutes; Soya-based beverages, other than milk substitutes; Syrups for beverages; Syrups for making beverages," on the ground of lack of bona fide intent. Although Applicant Jose Ramon was experienced in the branding and marketing of beers, he was never in the business of producing the goods identified in his application, and the only step he took to use the mark was the formation of a company to market beers. D & P Holding S.A.. v. Jose Ramon Ortiz Monasterio DBA Jose Ramon, Opposition No. 91246728 (November 16, 2022) [not precedential] (Opinion by Judge Christopher Larkin). 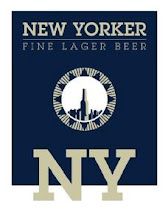 Contractual Estoppel: Applicant Ramon asserted the affirmative defense of contractual estoppel. The Board considered what body of law was to be applied to the contract, "which is in English and mentions the United States (together with Canada and Mexico), but is between a Spanish individual and a Swiss corporation, and has as its subject matter the assignment of [a] CTM Registration from Applicant in Spain to Opposer in Switzerland in exchange for consideration paid in Euros." The Board noted that the parties ignored conflict-of-laws principles, and so it "deemed their arguments as manifesting their assent that we may interpret the 2015 Contract as if it were governed by United States contract law principles."

Lack of Bona Fide Intent: The Board found that Opposer established a prima facie case of lack of bona fide intent based on Applicant Ramon's interrogatory responses: "Applicant's interrogatory responses establish that in the more than three years after the filing of the Opposed Application, he did nothing to bring any of the goods identified in the Opposed Application to market in the United States under the applied-for mark." The burden of production then shifted to Applicant Ramon.

Ramon's evidence "boil[ed] down to his testimony regarding his 'extensive knowledge and experience in the branding and marketing of beers'" his assertion that he has continuously had a bona fide intention to use the mark for the identified goods, and his formation of a Delaware corporation to manufacture and market beers. Not good enough, said the Board.

And so, the Board sustained the opposition.