In this opposition to registration of the mark TORTRIX for "corn-based snack foods," the Board ruled that a claim for misrepresentation of source under Section 14(3) of the Lanham Act is available not just to a cancellation petitioner, but also to an opposer. However, it dismissed Opposer PepsiCo's Section 14(3) claim due to the insufficiency of its allegations. The Board also dismissed PepsiCo's inadequately pleaded claims of fraud and lack of bona fide intent, but it allowed PepsiCo thirty days to file an amended notice of opposition. PepsiCo, Inc. v. Arriera Foods LLC, 2022 USPQ2d 856 (TTAB 2022) [precedential]. 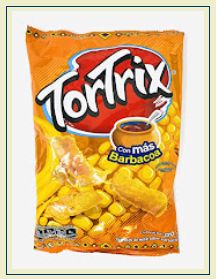 Recognizing the requirement of "use" in Section 14(3), the Board held that "misrepresentation of source is an available ground for opposition: (1) against a use-based application (either filed as use or amended to allege use) under Section 1(a) of the Trademark Act, 15 U.S.C. § 1051(a); or (2) a non-use based application, provided that the opposer alleges sufficient facts to support use of the applied-for mark in commerce."

Applicant Arriera Foods contended that Pepsico had failed to sufficiently allege its entitlement to a statutory cause of action because it did not allege any interest in a U.S. trademark. The Board, however, pointed out that ownership of a trademark is not a required element in pleading entitlement to a cause of action (See Australian Therapeutic). The CAFC in Meenaxi v. Coca-Cola held that misrepresentation of source "extend[s] to the improper use of marks that cause commercial injury[.]" According to Meenaxi, a plaintiff may plead "entitlement based on reputational injury or lost states provided that the plaintiff establishes a reputational interest in the United States."

PepsiCo did not plead lost sales but did claim injury to its reputation in the United States, and further claimed that it will not be able to register its TORTRIX mark in the United States if the involved application matures to registration. It alleged that it has for years used the mark TORTRIX in Central and South America for corn-based snack foods, and owns several registrations for that mark in a number of countries.

The Board found that PepsiCo had failed to plead "a plausible entitlement to relief." PepsiCo's allegations that Arriera "intends to make, or is making, blatant misuse" of the TORTIX mark were mere speculation.

Opposer has not pleaded any facts to support that Applicant is actually using the TORTRIX mark that would "raise [the] right to relief above the speculative level." Twombly, 550 U.S. at 555. Nor has Opposer pleaded any facts to support how its use of the TORTRIX mark in Central and South America has resulted in the mark having a reputation among consumers in the United States.

And so, the Board concluded that PepsiCo had failed to adequately plead its entitlement to a cause of action under Section 14(3).

Moreover, PepsiCo failed to plead a proper cause of action under section 14(3) because it did not allege "unequivocal facts" to support its claim that Arriera is using its mark in commerce or has engaged in "specific acts or conduct" that amounts to deliberately passing off its goods as those of PepsiCo. Nor did PepsiCo allege that its mark TORTRIX has a reputation among relevant U.S. consumers, but only that it uses the mark in Central and South America. And so, the Board granted Arriera's motion to dismiss the Section 14(3) cause of action for failure to state a claim upon which relief can be granted.

Lack of Bona Fide Intent: PepsiCo also alleged that any use of the TORTRIX mark in the United States would be "unlawful" because it would violate Section 14(3) and/or Section 43(a), and so Arriera cannot have a bona fide intent to use the mark. The Board pointed out, however, that use of, or an intent to use, a mark is unlawful only when there has been a prior determination that the party is not in compliance with a relevant statute, or when there is a per se violation of a statute.

PepsiCo did not allege that there had been a prior determination regarding legality of the intended use. As to per se illegality, the Board pointed out that, in a proceeding under Section 14(3), the Board does not decide where use of a mark is "lawful." And as to Section 43(a), the Board has no jurisdiction over such a claim.

And so, the Board found that PepsiCo failed to adequately plead a lack-of-bona-fide-intent claim.

Fraud: PepsiCo alleged that Arriero, in its application, made three false statements with the intent to deceive the USPTO: that Arriero is "entitled to use the mark;" that it had a bona fide intention to use the mark in commerce; and that no other person had a right to use a confusingly similar mark. PepsiCo further alleged that Arriero "knew or should have known" that these statement were false. Not good enough, said the Board.

A pleading of fraud requires an allegation that the defendant "knowingly" made a specific false statement. Asian and W. Classics, 92 USPQ2d at 1479. Opposer has not alleged sufficient facts to support that Applicant had knowledge of and relied upon false, material facts in presenting its application for registration.

PepsiCo did not allege any facts to support the claim that Arriero was not entitled to use the mark in the United States or that it subjectively believed it was not entitled to use. Nor did it allege any facts to support the lack of bona fide intent claim. As to the third purportedly false statement, PepsiCo did not allege that it or anyone else was using the TORTRIX mark in commerce, or that Arriero knew of any superior rights, or that it "either subjectively believed, or had no reasonable basis not to believe that a likelihood of confusion would result from its use of the TORTIX mark."

And so, the Board dismissed the fraud claim.