It doesn't often happen that an opposer fails to prove "standing" - i.e., entitlement to bring a statutory cause of action - but that's what happened in this opposition to registration of the mark JEWEL HUNTER for game software. Opposer Shanghai Zhenglang Technology claimed likelihood of confusion with its identical common law mark for a "game app", but it failed to properly submit any evidence. And so the Board dismissed the opposition due to lack of standing.  Shanghai Zhenglang Technology Co., Ltd. v. Superbox, Inc., Opposition No. 91251457 (September 2, 2022) [not precedential] (Opinion by Judge Christen M. English). 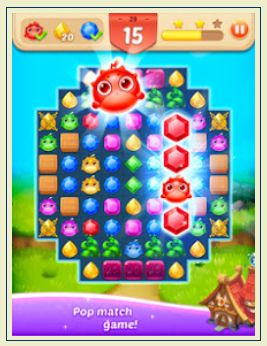 The first and second declarations were not under oath and did not use the language of Rule 2.20.

The purported declarations were executed in Shanghai, China. Under 28 U.S.C. § 1746, the following language may be used for unsworn declarations executed outside the United States: "I declare (or certify, verify, or state) under penalty of perjury under the laws of the United States of America that the foregoing is true and correct. Executed on (date)."

Although applicant did not plead lack of standing as a defense, the Board pointed out that lack of entitlement to bring a cause of action is not an affirmative defense that can be waived. "Rather, it is an essential element of the plaintiff's claim that the plaintiff must prove as part of its case."

Here, the record lacks proof of Opposer's real interest in the proceeding and its reasonable belief of damage. As explained above, we cannot consider the Ji Declarations because the first two declarations were improperly executed and the third declaration was untimely. Applicant did not make any admissions in its answer or introduce any evidence demonstrating Opposer's entitlement to bring a statutory cause of action.

And so the Board dismissed the opposition.