United States: Might The WOTUS Saga Drag On For A While Longer? (Video)

The Supreme Court heard oral argument today in the Sackett case, in which the Sacketts are hoping that SCOTUS will finally issue a clear decision narrowing the scope of jurisdiction under the Clean Water Act. I have stayed out of the SCOTUS prediction game because I find such speculation to be a waste of time. I generally agree with the position of Roy Kent on Ted Lasso. To paraphrase (very) loosely (if your ears are sensitive, you might limit your viewing to 0:26-0.39): 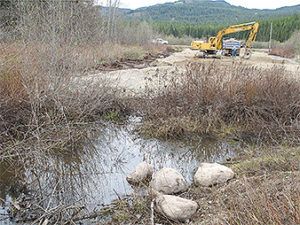 All we do is sit around and guess what a bunch of [Supreme Court justices] will do and then we come back and complain because they didn't do exactly what we thought they'd do.

Perhaps as a result, I enjoyed the report today (subscription required) that the argument did not go well for the Sacketts and that a majority of the justices seemed inclined to rule for the government. If I'm honest, that may be in part because it would validate my rule against speculation. However, I like to think that it is also at least in part due to the fact that it would be consistent with the way I've viewed this case almost from the beginning.

I sympathized with the Sacketts' initial complaint and agreed with the initial SCOTUS decision, but I never thought much of the Sacketts' position on the merits of the WOTUS issue. It always seemed to me that the Sacketts should lose under any interpretation of the CWA other than one which would require that WOTUS be limited to waters that are truly navigable.

Because of that, I have always thought that any truly conservative SCOTUS justice would avoid the WOTUS jurisdictional issue on the ground that it's not necessary to resolve that issue to determine that the Sacketts' property is in fact subject to jurisdiction. Here's hoping that the Court rules for the Government without reaching the question of the proper scope of WOTUS.

Of course, I have to acknowledge that speculating about a SCOTUS decision after oral argument is not a much better bet than speculating before argument. Moreover, SCOTUS's decision last term to rule in West Virginia v. EPA, on arguably thinner grounds than are present here, is a significant caution. One could well imagine the Court ruling against the Sacketts, but nonetheless writing what would essentially be an advisory opinion to the effect that Scalia's plurality opinion in Rapanos is the right definition.

Science does not exactly hold sway with this Court. But at least we still have Ted Lasso to turn to.