In an 80-page opinion, the TTAB granted a petition for cancellation of a registration for the mark AUK AMERICAN UNIVERSITY OF KUWAIT & Design (shown immediately below) for "educational services, namely, providing courses of instruction at the college level," finding that respondent had not used the mark in commerce prior to the filing date of its underlying application. The Board also denied respondent's counterclaims attacking petitioner's registrations for AMERICAN UNIVERSITY on the grounds of genericness and, alternatively, lack of acquired distinctiveness. This blog post will hit the highlights. American University v. American University of Kuwait, Cancellation No. 92049706 (January 30, 2020) [not precedential] (Opinion by Judge Frances Wolfson).

Although the parties agreed (in 2018, ten years after the petition for cancellation was filed) to submit the case under the Accelerated Case Resolution (ACR) procedure, the first 25 pages of the opinion deal with various evidentiary objections that, the Board suggested, could have been resolved by the parties when they formulated their ACR agreement.

Respondent argued that AMERICAN UNIVERSITY was generic when petitioner adopted it in 1892, because "two other schools were using AMERICAN UNIVERSITY to offer college-level instruction:" the American University at Cairo and the American University of Beirut. The Board noted, however that there was no evidence that "any appreciable segment of the United States population was aware of either foreign institution." Moreover, such earlier uses "have little bearing on how the relevant public in the United States" views the mark today.

Respondent urged that the term "American University" is used abroad to denote a style of education, but respondent's evidence failed to show that the term would be so understood by United States consumers. Petitioner submitted "150 representative" media items showing unsolicited use of AMERICAN UNIVERSITY to refer to petitioner. At best, respondent's limited evidence demonstrated "mixed use" of the term; such use supports a finding that the term is not generic.

Respondent also argued that AMERICAN UNIVERSITY has become generic due to petitioner's failure to police, pointing to "more than 70 distinct users" with which petitioner appears to have no relationship. The Board was not impressed. The "vast majority" of these entities are located overseas "and would be expected to attract students primarily from their regional locale." Petitioner submitted testimony regarding policing of its mark, as well as evidence of agreements with other entities, containing various restrictions regarding use. The Board found that petitioner's enforcement efforts weigh against a finding of genericness, and it concluded that AMERICAN UNIVERSITY is not generic due to petitioner's alleged failure to police its mark.

And so the Board ruled that AMERICAN UNIVERSITY is not generic for petitioner's services. Although it may be an "apt" name for a university located in this country, "[a]ptness is not sufficient to prove genericness." 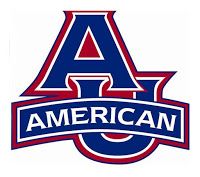 Respondent contended that the Section 2(f) claim in each of petitioner's registrations was improper because petitioner was not the "substantially exclusive user" of the mark, and further that petitioner could not prove acquired distinctiveness.

The Board, however, found that AMERICAN UNIVERSITY has acquired distinctiveness, based on petitioner's use of the mark for more than 100 years, extensive advertising, media exposure through sports events, radio programming, sales of branded merchandise, number of enrolled students and graduates, and unsolicited media coverage.

The Board therefore denied respondent's counterclaims.

Respondent's Nonuse: The Board declined to reach petitioner's Section 2(d) claim because it found that respondent did not use its mark in commerce within the meaning of Section 45, prior to the filing date of its underlying, use-based application in 2006.

The Board observed that in a use-based application, if an applicant fails to use the mark "in commerce" on any of its goods or services in a particular class, the application and resulting registration are void ab initio as to the entire class on the ground of nonuse.

The Board found that respondent failed to meet either prong of the "use in commerce" test. Respondent failed to prove use of its mark in the sale or advertising of its services prior to its filing date. It offered only unsupported declaration testimony. The Board found no authority for the proposition that respondent's advertising abroad that extended to the U.S. satisfied the first prong of the test.

The Board declined to follow the reasoning of the Fourth Circuit in the Casino de Monte Carlo case, an infringement and cybersquatting action where the court ruled that defendant's advertising of its services in this country coupled with evidence that United States citizens went to Monaco and gambled at the casino, constituted trade that Congress may regulate under the Commerce Clause. Int'l Bancorp, LLC v. Societe des Bains de Mer et du Cercle des Etrangers a Monaco, 329 F.3d 359, 66 USPQ2d 1705, 1715-16 (4th Cir. 2003). Moreover, here there was no evidence of U.S. advertising or travel by U.S. citizens during the relevant time frame.

Respondent's identified services were rendered under the mark entirely in Kuwait prior to the filing date of the application maturing into the subject registration. This does not constitute foreign commerce. To the extent Respondent suggests that its use "affects" foreign commerce, we decline to extend by analogy the holdings in those cases finding commercial activity, conducted wholly within a single state in the United States, to be regulable by Congress on the basis that it affects interstate commerce. With respect to international borders and foreign commerce, "[t]he concept of territoriality is basic to trademark law."

Therefore, the Board concluded that respondent's registration is void ab initio, and so it granted the petition for cancellation.

ARTICLE TAGS
United States Intellectual Property Trademark Litigation, Mediation & Arbitration Trials & Appeals & Compensation
POPULAR ARTICLES ON: Intellectual Property from United States
Fair Use And Fanatic Fans
Global Advertising Lawyers Alliance (GALA)
While my seats afforded me only a so-so sight-line to the stage, I had no trouble seeing the ocean of cell phones, in the hands of adoring fans, simultaneously recording (without authorization)...
Demand Letters: Overview Of Risks And Strategic Considerations For Trademark Holders
Haug Partners
In the event of potential infringement, an intellectual property attorney will generally consider sending a demand letter to put the potential infringer
No Trademark Protection In Book Or Movie Titles?!?
Weintraub Tobin Chediak Coleman Grodin Law Corporation
Generally, the title to a single motion picture is not entitled to trademark protection. This is the same for the title to single books, songs and other singular creative works
Trade Secrets 2019 Litigation Roundup And 2020 Trends
Gibson, Dunn & Crutcher
Gibson Dunn & Crutcher LLP attorneys, in Part 1 of a two-part series, highlight 2019 developments in trade secret litigation and say 2020 will see similar trends.
File When Ready! Criteria For Determining If An Invention Should Be Patented
Harness, Dickey & Pierce, P.L.C.
It may come as a surprise that even patent attorneys don't believe every invention should be patented.
Coping When Your Brand Name Becomes Mud
Cowan Liebowitz & Latman PC
What can you do to protect your goodwill if you unknowingly select an unfortunate brand name, or through no fault of your own...
FREE News Alerts
Sign Up for our free News Alerts - All the latest articles on your chosen topics condensed into a free bi-weekly email.
Register For News Alerts
Article Tags
United States Intellectual Property Trademark Litigation, Mediation & Arbitration Trials & Appeals & Compensation
Related Articles
Numerical Ranges: More Than Just Endpoints In Patent Process Duane Morris LLP
Precedential No. 5: Opposer Proves Standing Through Trade Name Use By Its Wholly Owned Subsidiary Wolf, Greenfield & Sacks, P.C.
No More Ripples From Pebble Tide; Data Output Patents Found To Be Abstract, Invalid Holland & Knight
Pryor Cashman Team Recognized For Outstanding Trademark Practice Pryor Cashman LLP
SDNY Court: Claim Must Be "Wholly Without Merit" To Be Entitled To Attorney Fees Under DTSA Holland & Knight
Comparative Guides
Anti-Corruption & Bribery
Cartels
Enforcement of Foreign Judgments
International Arbitration
Merger Control
Mondaq Advice Centres
Global
Trademarks in SAARC Countries
Global
Investment Immigration
United States
Advertising and Marketing
United States
Telemarketing
More MACs