The Claimant (Schnuggle) designs, manufactures and sells baby products. The First Defendant (Munchkin) is a large US company, which operates in the same area and the Second Defendant (Lindam) is an indirect subsidiary of Munchkin and a distributor of their products in the UK.

Schnuggle's most successful product is a baby bath product, which includes a "bum-bump" the purpose of which to prevent a baby from sliding down the bath and underneath the surface of the water. Schnuggle owned two Registered Community Designs (RCDs) in respect of its baby bath product. The first was filed in 2013 and sought to protect the original design. The second RCD was filed in 2015 and Schnuggle submitted that it was filed to protect the latest version of the product, which incorporated a number of changes from the original design. 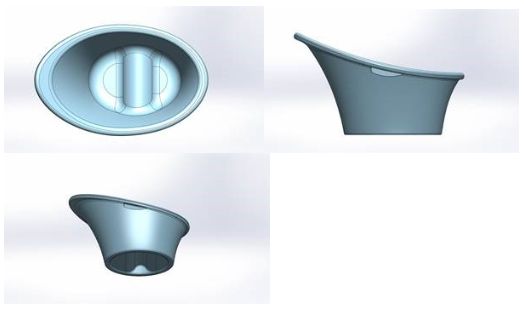 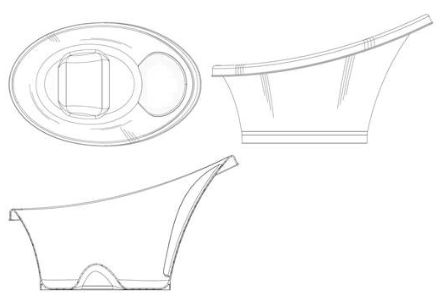 Upon becoming aware of a similar product marketed by Munchkin, Schnuggle brought proceedings for registered design infringement, relying upon RCD-196 and RCD-763, in addition to UK unregistered design right infringement. An image of the Munchkin "Sit and Soak" baby bath is set out below: 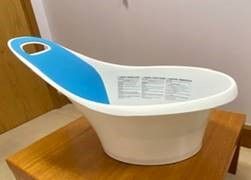 Munchkin's position was that its product did not constitute an infringement because it was based on pre-existing designs for baby baths and that as result, Schnuggle's RCDs were invalid, and their claim relating to unregistered design right was not substantiated because the designs relied upon were commonplace.

The IPEC held that Shnuggle's RCD-196 was a valid design but concluded that the "Sit and Soak" did not infringe because it resulted in a different overall impression upon the informed user.

In assessing the claim for infringement of RCD-196 the Court considered the implications of using CAD images in a registered design, and the impact that the use of such images has upon the scope of protection of the resulting design registration. The Court applied the Supreme Court decision of 2016 in PMS International Limited v Magmatic Limited (the Trunki case) and held that the informed user would perceive the green shading present in RCD-196 as part of the design; therefore the scope of protection was limited accordingly. This reiterates the fact that line drawings are preferable to CAD images, as the shading in CAD images can narrow the scope of the resulting registration and have a significant impact upon the proprietor's position to enforce their registered rights against third party designs.

Perhaps surprisingly, given the position it took with respect to RCD-196, the Court held that RCD-763 was invalid due to the existence of the earlier RCD-196, which had the same overall impression on the informed user, i.e. RCD-763 lacked individual character over the earlier RCD-196. Essentially the Court held that the differences between RCD-763 and RCD-196 namely the removal of the handles, the lack of colour, the addition of a back pad and the differently shaped bum-bump, were insufficient to render RCD-763 a design which would create a different overall impression. This is a reflection of the fact that changes to products may not be sufficient to create a design which has a different overall impression, so advice should be taken from a Design Attorney from the outset.

In respect of their unregistered design right claim, Schnuggle relied upon six designs relating to certain elements of the first and second versions of its baby bath products, and claimed that each element enjoyed unregistered design right because they constituted "part of an article". Munchkin submitted that the elements relied upon by Schnuggle were in fact an "aspect of the shape or configuration...of the whole or part of an article". Following amendment to Section 213 CDPA an "aspect" is no longer capable of protection. The Court agreed with Schnuggle and provided a useful definition of a "part of an article" stating that for the purposes of Section 213 CDPA it is "an actual, but not abstract part which can be identified as such and which is not a trivial feature...assessed in the context of the article as whole".

The next step was for the Court to consider whether Design 1 was copied. According to Section 226(3) CDPA "Reproduction of a design by making articles to the design means copying the design so as to produce articles exactly or substantially to that design".

The Court held that whilst Munchkin had copied part of Design 1 it had not copied it exactly or substantially. Therefore, the claim for unregistered design infringement was dismissed. The language used by the Judge was not particularly clear when considering this issue. She concluded that copying had taken place in respect of the "shape of the sides of the tub below line AA" (as above) but held that such copying did not constitute copying of the whole of Design 1 "exactly or substantially".

The decision in respect of unregistered design right is useful because it defines what constitutes a part. The question remaining is if Schnuggle had separated Design 1 into further parts from the outset by claiming the "shape of the sides of the tub below line AA" as a part, would their claim have succeeded or would the Court have held that such a part was commonplace or trivial? It is certainly clear that unregistered design right infringement claims require a significant amount of consideration and strategy and the various "parts" of a single product that a Claimant may seek to rely upon should be defined precisely from the outset.

ARTICLE TAGS
UK Intellectual Property Trademark
POPULAR ARTICLES ON: Intellectual Property from UK
What's The Difference Between A Garden Hose And A Tractor?
J A Kemp LLP
This might sound like the start of a festive cracker joke, but is in fact the one of the main points of contention in the recent judgment, Claydon v Mzuri. The comparison was made in relation ...
How To Prove 'Passing Off'
Gowling WLG
'Passing off' does not have a statutory basis and doesn't need to be registered to be effective.
The Difference Between Trade Marks, Patents, Copyright And Designs
Dehns
The term intellectual property (IP) refers to a variety of different types of legal rights.
Distinctly Different? Trade Marks And The Standards For Distinctiveness
Gowling WLG
The growth of the online world has meant that many brands which previously would have been accessible by and promoted to a section of society are now available to the world.
The Basics Of Trade Mark Law
Gowling WLG
To register a trade mark, there are various criteria that need to be met. In this podcast, Charlie Bond goes through the basics of trade marks, with a focus on UK law and procedure...
Brand Value & The Communication/ Advertising/ Investment Functions: An Irrational Basis For Trade Mark Protection?
Kemp Little LLP
Advertising used to be about informing consumers where the products they purchased came from and which person or corporation was responsible for their manufacture.
FREE News Alerts
Sign Up for our free News Alerts - All the latest articles on your chosen topics condensed into a free bi-weekly email.
Register For News Alerts
Article Tags
UK Intellectual Property Trademark
Related Articles
MONOPOLY - Hasbro Fails To Pass Go In Long-running Trade Mark Dispute Reynolds Porter Chamberlain
The Battle To Protect IP Rights On Amazon Boyes Turner
Designs In The Automotive Sector – Putting You In The Driver's Seat Gill Jennings & Every
European Intellectual Property Office Observatory Publishes Discussion Paper On Domain Names And Their Use In Preventing IP Infringement Wiggin
High Court Dismisses Claim For Infringement Of Database Rights By Claims Management Company And Sets Out Useful Summary Of Law In Relation To Subsistence Of Database Rights Under The Copyright And Rights In Databases Regulations 1997 Wiggin
Mondaq Webinars
Future Series: The Journey to Net-Zero: Climate Change, Carbon Credits and Emissions Trading
Bennett Jones LLP
Webinar Calgary Canada
Notice and Claims Administration Best Practices: U.S foundations, Global Implications
Angeion Group
Webinar Philadelphia, PA United States
More Webinars
Comparative Guides
Anti-Corruption & Bribery
Artificial Intelligence
Banking Regulation
Blockchain
Cartels
More Guides
Mondaq Advice Centres
UK
Coming to and Investing in the UK
Global
Trademarks in SAARC Countries
Global
Investment Immigration
More MACs
Upcoming Events
Mondaq Social Media